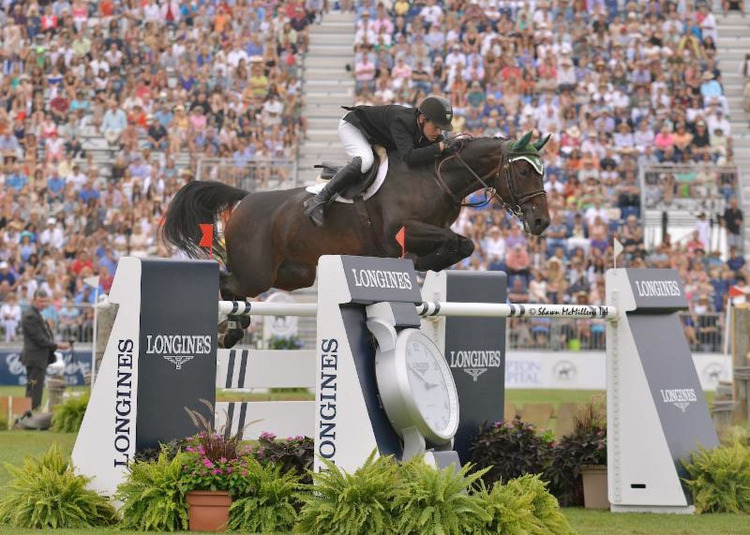 Summer out east passed with a glorious bang during The 39th Annual Hampton Classic Grand Prix this Sunday.

Kevin Babington of Ireland and his young mare Shorapur claimed the $250,000 Hampton Classic Grand Prix, presented by Land Rover, in an exciting climax to the week. The stands and VIP tent were packed despite the threat of a bit of rain. Guests in attendance were thrilled to be able to wrap out another amazing summer at the beloved event.

“I am a horse girl and have competed here before. I like to come out and support the family and the farm on this wonderful day,” stated Katherine Finch of Katherine Cosmetics at the Heritage Farm table. “This is the highlight of the show season and of summer.”

The Hampton Classic, which ran Aug. 24-31, featured six show rings, a Boutique Garden with more than 70 vendors, and a wide selection of dining options on its 60-acre show grounds. The Classic’s world-class equestrian competition attracts top professionals and special guests from around the world. This year alone attendees included Jennifer Lopez, Rudolph and Judith Giuliani, Gayle King and Matt Lauer.

“It was nice to go into the jump-off and know that I’d done it already. I had a great week, and winning the Longines award was a great way to finish it off,” said Moloney, of Wellington, FL.