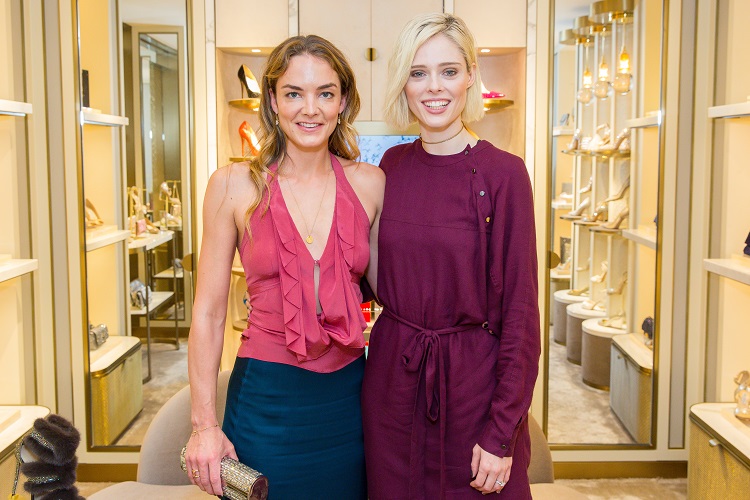 Sensible Socialite on the Scene for Fabulous Fall

Sensible Socialite on the Scene for Fabulous Fall

You know it is officially fall when the day is filled with leaves change color in the park, and the night is full of fabulous events.

From coast to coast there have been hot happenings as fresh as the cool breeze blowing in the air.

International supermodel and DKMS Ambassador, Coco Rocha, and DKMS Global Ambassador and Co-Founder, Katharina Harf, welcomed supporters to the Jimmy Choo store on Madison Avenue last night for an exclusive shopping event to benefit DKMS. DKMS is an international nonprofit dedicated to the fight against blood cancer. DKMS founder, Peter Harf, spoke about the importance of getting swabbed and potentially saving a life by becoming a bone marrow donor.

“Coco and Jimmy Choo have both been incredible partners as we continue our work to support patients battling blood cancer and to motivate people to register as bone marrow donors. Our mission is as simple as it is life-changing. Everyone can get swabbed and therefore, everyone can become a lifesaving hero,” said Katharina Harf.

Jerry and Jessica Seinfeld hosted GOOD+ Foundation’s 2016 Fatherhood Lunch this afternoon at The Palm Restaurant in Tribeca, celebrating the continued expansion and success of the program which launched six years ago. The lunch raised nearly $275,000 towards the Foundation’s ongoing efforts to empower dads so they can fully embrace fatherhood and the responsibilities that accompany this role through support in positive parenting and discipline strategies, improving the relationship with the child’s mother, and helping a father establish his role within the family.  Since its inception, GOOD+ Foundation’s Fatherhood Initiative has supported over 20,000 families.

Macy’s held a VIP reception for the grand opening of the first ever Apple venue inside a department store. The friendly staff and location of the latest tech haven will be perfect stop for tourists and Midtowners alike.

YouTube sensation and voice of Aspen Heitz in DreamWorks Trolls, Ricky Dillon, provided some hair-raising, colorful fun at the exclusive Bedhead Dance Party with General Mills Cereal. Guests grooved the Saturday away on the dance floor with Ricky after devouring a troll-inspired rainbow cereal bar. 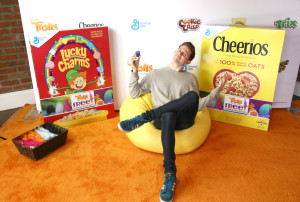 And coming up – more fun. 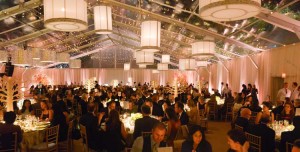 On October 28, Adam Aleksander Presents Fonda Chilena, a choose-your-own adventure one-night event atop New York’s hallowed Lord & Taylor’s Fifth Avenue flagship location during Chile Week in NYC. Adventurers will move through a labyrinth representing the inspiring diversity of Chile, with authentic experiences that include opportunities to: learn to make empanadas at a street cart in Los Vilos, xontribute to a public art mural inspired by contributions from guests, mix traditional Pisco cocktails like a pro in Valle del Elqui (hosted by Fluent City), and taste through Chilean wine varietals in a warm vinoteca (by Wines of Chile).

Tickets are $75 and available at Eventbrite. 100% of all tickets sales will benefit Adrian Grenier’s Lonely Whale Foundation, whose mission is to help preserve the health, well being, and sustainability of the ocean through education.

In celebration of its 10-year anniversary, STK Downtown (26 Little West 12th Street) will offer the Seared La Bella Farms Foie Gras French Toast ($22), a special “throwback” dish from its original opening menu for restaurant guests to enjoy. For a limited time only, guests can party and dine like its 2006 by ordering the throwback menu item featuring foie gras, apple cranberry compote and a maple sherry gastrique drizzle, offering a sweet and savory punch to the all American classic.

The Friends of the Budapest Festival Orchestra celebrated the beginning of the music season and commemorated the 60th anniversary of the Hungarian Revolution at the Hungarian Consulate on October 19 to build excitement for their upcoming performance at Lincoln Center under the conduction of Maestro Ivan Fisher in early February. 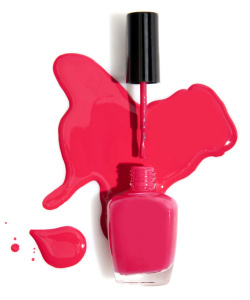 Chef Julian Medina of Tacuba Cantina Mexicana and Toloache are celebrating Day of the Dead with a special drink and food menu at all Toloache and Tacuba locations. Taking place October 31 – November 2, the Day of the Dead is a special holiday in Mexican culture which celebrates the passing of loved ones. It is a day that allows families and friends to remember and help support the spiritual journey of loved ones lost. The menu will be available at all locations from Oct 31 to Nov 2. The special menu will consist of fun twists on Mexican classics. Such items include; the La Catrina Margarita for Two, made with Casa Noble blanco, pumpkin puree, cinnamon huichol salss, lime and agave; for entrees; Para Emezar, a tamal veracruzano, tamal relleno de puerco en adobo and cebolla curtida; Flato Fuerte, a mixiote de borrego, made with lamb shank mixiote, steamed lamb shank in banana leaves with seasonal vegetables, and frijoles charros, and for dessert; Prosre, a crema de calabaza, with pumpkin creme brûlée, and cinnamon bunuelos. 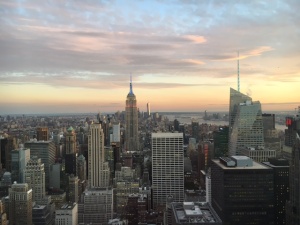 And, Tribeca Enterprises and CHANEL announced today the second annual THROUGH HER LENS: The Tribeca Chanel Women’s Filmmaker Program, which balances industry support, artistic development and funding, for new and emerging U.S.-based female writers and directors of short-form narrative films.  The multi-faceted program, presented by Tribeca and CHANEL, in collaboration with Pulse Films, and facilitated by Tribeca Film Institute (TFI), has selected five emerging female filmmakers to receive project support, and take part in master classes, one-on-one mentorship, and peer-to-peer sessions. At the end of the program each of the five filmmakers will pitch her project to a jury of industry experts. One filmmaker will be awarded full financing to produce her short film, along with support of Tribeca Studios and Pulse Films to make the project, and the four other projects will each be awarded grant funds to continue the development of their films.

The three-day program will take place in New York City October 25-27 and cover a variety of topics, including script-to-screen development, story structure, casting, finding collaborators, and working with music composers, costume designers, and editors, as well as festival strategy and distribution. Participants, along with one female producing partner each, will attend master classes, have individual mentoring sessions with industry experts, meet distributors, and new this year participants will work with writing mentors to refine their stories while working towards a presentation of their projects.

“We share with CHANEL the goal to bring to light the next generation of women storytellers,” said Tribeca Enterprises EVP, Paula Weinstein. “We are thrilled to be embarking, for the second year, on an intense three-day program created for these five extraordinary rising talents. They will be supported, guided and mentored by women who share with us the desire to foster the work of new women filmmakers.” 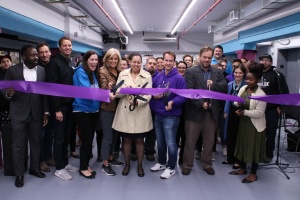 And, FreshDirect celebrated the Manhattan launch of its new on-demand food delivery service, FoodKick, with local notables. FoodKick is a mobile-first food delivery business that offers a curated selection of fresh food, alcohol, local goods and everyday essentials – all delivered within in an hour.  Launched in Brooklyn and Queens in 2016, FoodKick has now expanded its service to neighborhoods in Manhattan.

Here is to a fabulous fall.