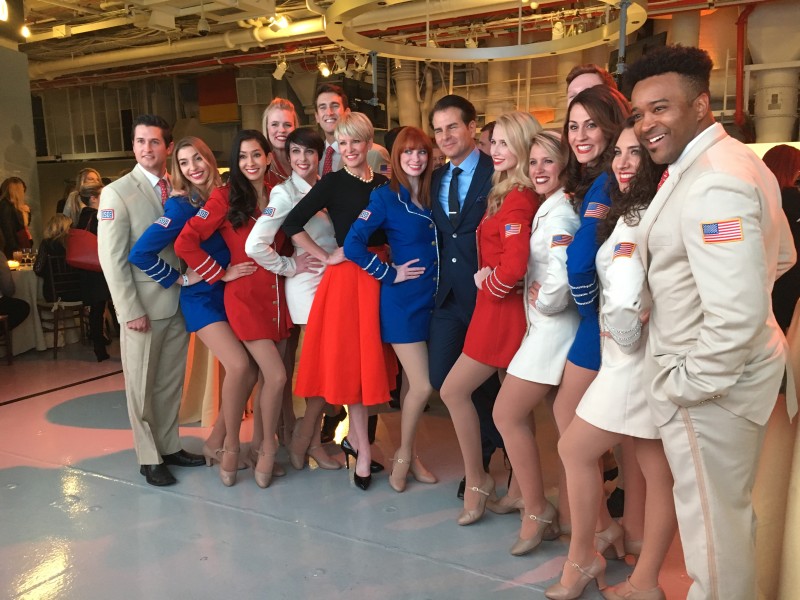 Last night at the Intrepid Sea, Air & Space Museum a special event took place to honor 75 years of the USO, and the new film USO –FOR THE TROOPS.

Hundreds of guests gathered to celebrate the night of the premiere screening of the independent documentary produced and directed by seven-time EMMY Award winner Peter Schnall and Partisan Pictures. 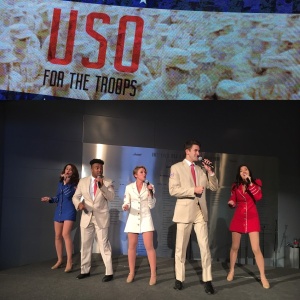 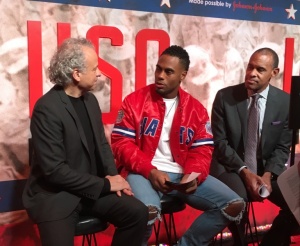 “What we are trying to do here is to re-introduce a lot of Americans to the USO,” stated Crouch on the iconic ship. “This film both looks back and looks forward. It tells a love story between Americans who have supported the men and women in uniform through the USO.” 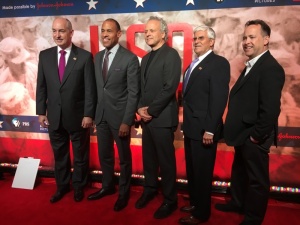 While many of us are overwhelmed, baffled, and even at times depressed by the current election cycle, the USO reminds us of a nonpolitical group of brave men and women who are currently deployed overseas fighting for our freedoms – our military service men and women.

The film airs November 7 on PBS. The enlightening documentary will have your heart bursting with red, white and blue patriotic pride. It is a joy for the audience to see legends such as Bob Hope, Marilyn Monroe to John Steward and Jay Leno on the big screen bringing a taste of home to active duty troops who are risking everything to ensure we have the freedoms we enjoy every day. 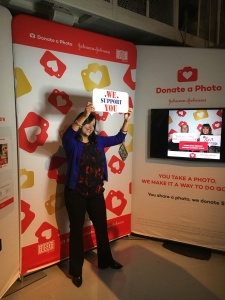 Produced by Partisan Pictures and directed by Peter Schnall, with exclusive support from Johnson & Johnson, the film examines the history of the USO, which was formed in 1941 by President Roosevelt, who consolidated the functions of six separate groups into the United Service Organizations (USO). The story of the USO and how it has kept military service personnel connected to family, home and country for more than seven decades is told against the backdrop of a recent USO tour that spanned seven countries in eight days.

USO – FOR THE TROOPS offers unprecedented access to the background operations that make it possible for celebrities to travel across the world to meet and perform for active duty troops. Interviews with celebrities who have been on USO tours, including Jon Stewart, Jay Leno, Ann-Margret, Raquel Welch, Connie Stevens, country singer Craig Morgan, Miss America Betty Cantrell and others, are interspersed with moving first-person accounts. The film also includes interviews from current and former veterans, historians who discuss the USO’s mission and the often-complicated cultural context within which they work, and comments from USO leaders as well as American leaders like former President George W. Bush and former Secretary of State Colin Powell.

From Joint Base Elmendorf in Alaska to the Baghdad Diplomatic Support Center in Iraq, from performances on stage to overnight flights in the belly of a C-130 transport plane, the film showcases the fast pace, excitement, and complex logistics of a modern USO tour. Archival footage of classic celebrity performances from WWII to the current day is interspersed throughout the documentary, providing viewers with new insights into intersections among American culture, warfare and the USO.

“We’re proud to present USO – FOR THE TROOPS to provide viewers with a closer look at the organization credited with entertaining our brave servicemen and women for 75 years,” said Bill Gardner, Vice President of Programming and Development at PBS. “From World War II and the golden age of entertainers like Bob Hope and Marilyn Monroe, to today’s performers continuing to honor its mission, viewers will explore USO’s long history of providing a respite to those serving their country far from home.”