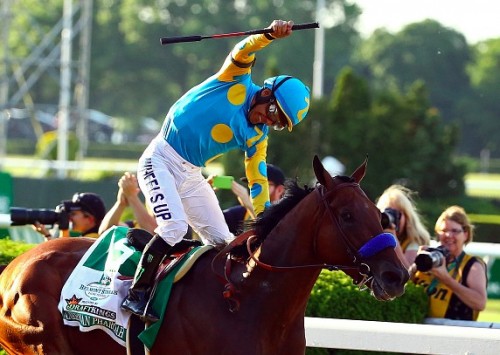 Victory is sweet. After 37 years America finally has a Triple Crown winner. American Pharoah took home the 147th running of the Belmont Stakes with a final time of 2:26,65. It was a fast race that will forever grace the pages of history books. Before a mystified crowd of 90,000 a three-year-old super star colt, a legendary jockey, and a brilliant trainer made a moment in history that will never be forgotten. 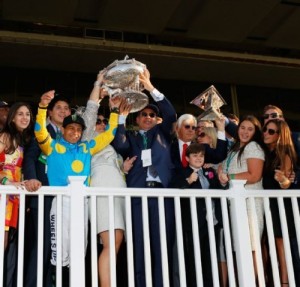 More people have walked the moon than what was accomplished by a team made up of Victor Espinoza, Bob Baffert, and one great Thoroughbred with a half-bitten off tail and oddly spelled name. When American Pharoah ended America’s longest Crown drought by becoming only the 12th horse ever to win the trophy it gave us something we had not felt in ages. The glorious horse swiftly beat Frosted and Keen Ice on the track of eight. The moment made the crowd break out in thunderous roars of bliss because it was special. 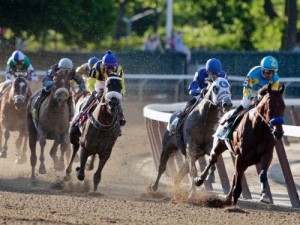 American Pharoah, with Victor Espinoza up, rounds the fourth turn at the 147th running of the Belmont Stakes horse race (Frank Franklin/AP)

As American Pharoah crossed the finish line sportscaster Gary Cohen yelled over the crowd, “It. Has. HAPPENED!”

To be at Belmont Park that day meant something. It was not about winning money, nor was it about bragging rights. The day made the country reflect on what it feels like to witness a sports miracle. Hearts raced as some cried tears of joy, and others simply felt like their breath was taken away. For nearly two minutes we were a world who felt as free as a horse running through a lush meadow under a starry sky. We were liberated to dream.

When Espinoza talked about his plan to win with his majestic partner he said to just “let him be happy.” 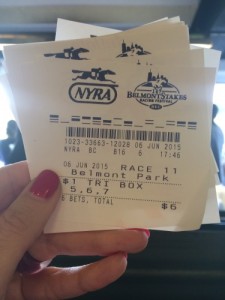 Something so simple, but so big.

Thank you American Pharoah for giving us hope once again. 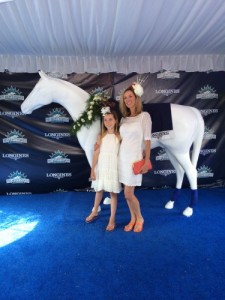 Suzanna BowlingJanuary 26, 2023
Read More
Scroll for more
Tap
What I Did Last Summer What a Great Start to a New Season
Bewitched, Bothered and Bewildered by Bennett and Gaga