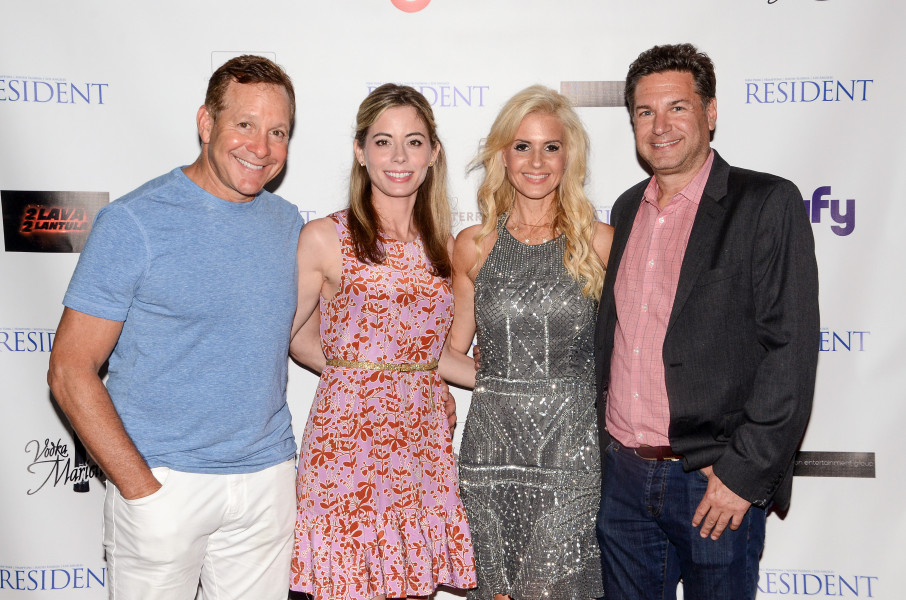 Sensible Socialite on the Scene This Summer

Sensible Socialite on the Scene This Summer

It’s been a busy and fun summer so far.

Sengalese activist, Magatte Wade, founder of luxury skincare line ’Tiossan’, served as mistress of ceremonies. She praised Voss Foundation for their unwavering dedication to approaching the African culture with pride and truly listening to the needs of African people. Liberian philanthropist MacDella Cooper, introduced Georgie Badiel, the honoree of the event and praised her extensive efforts to educate and empower African women. Georgie, a model and Miss Africa 2004, graciously accepted the honor and somberly recalled watching her nine-month pregnant sister wake up daily, between 2-4AM to collect water. Witnessing this plight encouraged her to found the Georgie Badiel Foundation, which is dedicated to helping the Burkinabé people gain access to clean water and a healthier life. This also served as the inspiration behind of the upcoming children’s book, The Water Princess, that Badiel co-authored with Susan Verde. The afternoon received support from VOSS water, Tutto il Giorno, Urban Zen, Beach Magazine, Blue Nectar Tequila, Puris Organic Vodka, and Chateau Ste Michelle.

Vered Gallery and Director Janet Lehr celebrated the opening of the CELEBRATION OF LARRY RIVERS with the exhibition of two entire suites of works, Me and My Shadow and Oedipus Rex at a private gala opening. The exhibit opened to the public on Saturday, July 30th and will run through September 12th.

John Canaday, the chief art critic of The New York Times called Larry Rivers “the cleverest, even the foxiest painter at work in the country,” an artist who “can do anything he wants…”

Bright sunshine and high spirits were in abundant supply at the Hope for Depression Research Foundation’s (HDRF) first ever Walk of Hope to Defeat Depression on Saturday, July 30 in Southampton.

Despite the heat wave, a high-energy crowd of over 200 people gathered at the Southampton Cultural Center for the 9 AM walk to raise awareness and funds for advanced depression research.  Speaking at a microphone at the top of the Cultural Center steps, HDRF Founder and Chair Audrey Gruss reminded the participants that, “according to the World Health Organization, depression is the number one cause of disability worldwide.”

Back in the city, Resident Magazine gathered a VIP crowd at the lovely Hudson Terrace with actor Steve Guttenberg to celebrate SYFY Channel’s sequel to Lavalantula. Guests sipped wine and enjoyed happy smiles all around on this beautiful summer night.

And, of course the Olympics are coming. New Yorkers not in Brazil can celebrate in several ways.

As guests cheer on their favorite team they can check out one of Treadwell Park’s new summer Beer Floats such as The Big Island (Caribbean Coconut Gelato and Avery Liliko’i Kepolo), The Not So Vanilla Vanilla (Madagascar Vanilla Gelato and Ayinger Brau Weisse) and The Bittersweet Symphony (Pacific Northwest Raspberry Sorbet and Firestone Walker Easy Jack IPA).

The Lambs Club at The Chatwal, Geoffrey Zakarian’s award-winning restaurant, will host a fabulous Summer Olympics viewing event for the entire length of the games: August 5th to August 21st (excluding Sundays). Guests will watch the Summer Olympics on large-screen televisions in The Lambs Club Bar, while experiencing the tastes and sounds of the 2016 Olympics host city, Rio de Janeiro.

If you are in the mood to host an Olympics party at home show off your American spirit with Chandon’s American heritage, the 2016 Chandon American Summer Limited Edition Brut. There is a classic taste, as well as Rosé version. The festive red, white and blue-themed bottles are fun and so in the spirit of the great games. The design is available until Labor Day. For more details and retailer locations check out Chandon.com.

For the end of August more fun in sports with the US Open. The Official Wine of the US Open, Jacob’s Creek, has partnered with Parker & Quinn, the signature restaurant at The Refinery Hotel, to launch a five-day pop up wine pairing menu just in time to kick off the legendary event. The menu, created by Chef Haskell, pairs wines from Jacob’s Creek’s amazing latest range—Two Lands. The menu includes a recipe from reining US Open champion and Jacob’s Creek spokesperson, Novak Djokovic, who recently opened his very own restaurant in Monaco. Parker & Quinn, located at 63 West 38th Street, will have the menu for $125 per person August 29 through September 1 from 6pm–10pm.

And, yes summer is approaching a sweet end. But, Macy’s is gearing up for some wonderful Back to School looks with the latest trends. Get ready fashionistas for hot looks on the runway and in the classroom.