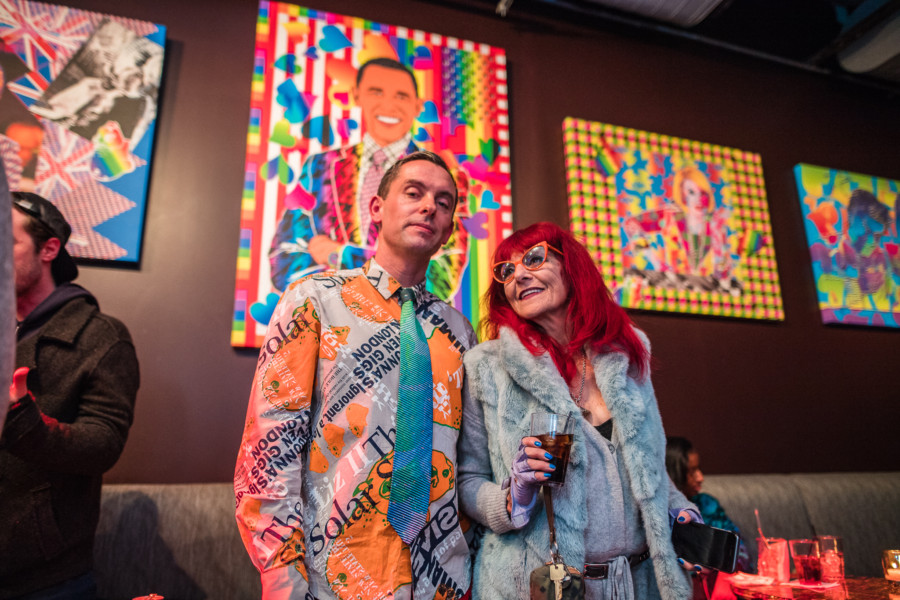 It has been a season for winter wonder and fun. From fashion to art to good causes it has been a perfect season.

In Williamsburg, the lovely style icon Patricia Field hosted a party for artist Ben Copperwheat at the soon-to-be-opened Bar Schimmi at Schimanski in Williamsburg on Saturday, March 11th.  Owner Eddie Dean and the bar’s designer Sana Bindra welcomed over 100 guests to the sneak preview including fellow artist Kevin McHugh and actor Dean Winters.  Copperwheat’s pop art, featuring the likes of Barack Obama, Hillary Clinton, Joan Rivers and Madonna, will hang on Bar Schimmi’s walls for the next two months.

In fashion, Fortuna, which is the world’s only no-risk fine jewelry auction, will present antique, estate and diamond jewelry as well as objects d’art. “Spring Jewels” will feature pieces from top designers including Cartier, Tiffany & Co., David Webb, Rolex and many others. A pair of Burmese Sugarloaf Cabochon Ruby and Diamond Earrings ($50,000-$70,000) will be up for auction as well as a David Webb Platinum, Gold and Diamond bracelet ($15,000 – $20,000).

For the men we are still obsessed with the trendy, affordable Haggar line. Young men who are new dads to older men who are entrepreneurs are enjoying these. E-CLO is the #1 selling dress pant and a perfect option for the guy in your life. They are in 32 states 88 Haggar Factory stores as well as Target, Kohl’s, Belk, Macy’s, Amazon. Their pants and suits are the answer for all men. They come in classic, straight, and slim cuts, have their signature waistband, and are the best for fabric and easy care.

For fundraising, Hope for Depression Research Foundation (HDRF) held its third annual Chairman’s Council Dinner on at FINDLAY Galleries. Hosted by HDRF Founder & Chair Audrey Gruss, the dinner honored top donors who have helped the Foundation grow into a national leader in advanced depression research. The dinner was co-hosted and underwritten by James R. Borynack, Chairman and CEO of Findlay Galleries, and Adolfo Zaralegui, Vice President of Findlay Galleries. Chairman’s Council Co-Chairs William Flaherty, Susan Lloyd and Scott Snyder rounded out the leadership of the event.

Premiere Props announced they will be auctioning off over 500 pieces of memorabilia from film, television, music and sports at their Hollywood Extravaganza Auction on Saturday, March 25, 2017 at their headquarters in El Segundo, CA.  There will be a preview from 9-11am PT with the live auction beginning at 11am PT.

The auction includes costumes and props from the Back To The Future franchise such as the famous Hoverboard, the Star Trek franchise, Star Wars, Deadpool, Nine, Patriots Day, Café Society, The Natural, Battlestar Galactia, and Bozo The Clown among others.  Rare music memorabilia including items from The Rolling Stones, Grateful Dead, Woodstock and We Are the World will also be auctioned off, as well as sports memorabilia from Muhammad Ali, The Knicks, The New York Jets and more. For more information, please visit http://www.premiereprops.com or http://www.hollywoodliveauctions.com 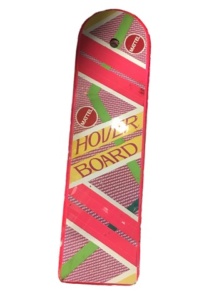 In the film SMALL TOWN CRIME, written and directed by Eshom and Ian Nelms, “An alcoholic ex-cop (Hawkes) finds the body of a young woman and, through an act of self-redemption, becomes hell-bent on finding the killer but unwittingly puts his family in danger and gets caught up with several dark characters along the way.