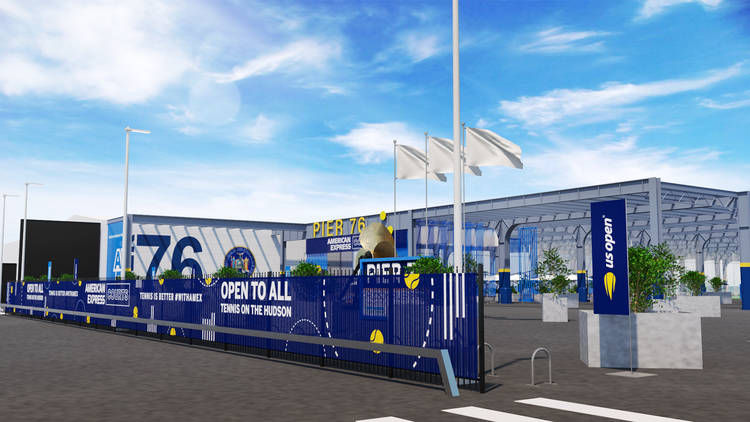 September is full of events as the city opens up.

Every second Wednesday in September, the concert series “Jazz at Pier 84” brings cool sounds to the waterfront. Come to the Hudson River Park.

8/30 – 9/12: The US Tennis Open is here for two weeks in Flushing Meadows. Get your tickets in advance as this tends to sell out fast.

9/2: Broadway’s Back Hadestown and Waitress open

9/3 – 5 Labor Day Weekend hosts the annual Electric Zoo Music Festival in New York. The Electric Zoo Festival is a three-day music festival in the field of electronic dance music on Randall Island. Tickets are sold out quickly and should be ordered online in advance.

9/6: Cosmic Camp located at 110 5th Avenue NYC a spaced-out experience that challenges you and your crew to have a total blast. Created by CAMP, the experts in all things family fun, our out-of-this-world play space takes you on an adventure through interactive games, physical challenges, and crazy cosmic-themed locations. Come as a family, leave as a crew! $35

9/8 – 12 : New York Fashion Week Do you want to watch a show? Check out the schedule to figure out which shows will take place.

9/11: 9/11 Memorial The places where the twin towers once stood are marked by “The Tributes In Light”, 88 lights that are beamed into the night sky. Everything you need to know about the 9/11 National Memorial can be found in our 9/11 Memorial Guide.

9/14: Broadway’s Back Wicked, Hamilton, Chicago and The Lion King are back to wow.

9/16 – 26 Feast of San Gennaro: This Italian-American festival has Little Italy turning into a fair for about 11 days with Italian food and free entertainment.

9/17 – 19: CURTAIN UP! FESTIVAL This three-day, free festival will include interactive experiences, panels, live concerts, and performances culminating in a concert celebrating the entirety of the Broadway industry in the heart of Times Square. Participating artists and more information will be announced soon.

9/17: Broadway’s Back SIX: Divorced, beheaded, died, divorced, beheaded, survived. Six centers on the six ex-wives of King Henry VIII, who take the mic to reclaim their identities out of the shadow of their infamous spouse. They remix five hundred years of historical heartbreak into an exuberant celebration of 21st century girl power.

9/18:  Steuben Parade in Central Park  Germanic heritage and culture is the largest German event in the United States. Enjoy colorful traditional costumes or Trachten, singers, dancers and marching bands. The Steuben Parade is known for its great entertainment.

9/22 Broadway’s Back Come From Away

9/24: Broadway’s Back Moulin Rouge! and The Lehman Trilogy.

9/25: Superhero Festival 2021 organized by “New York State of Mind” (NYSoM) now for the 4th time and its free for kids. Here they can create their own superheroes, participate in races (“The Flash vs. Sonic the Hedgehog”) and a scavenger hunt. Find everything you need to know about the Superhero Festival NYC.