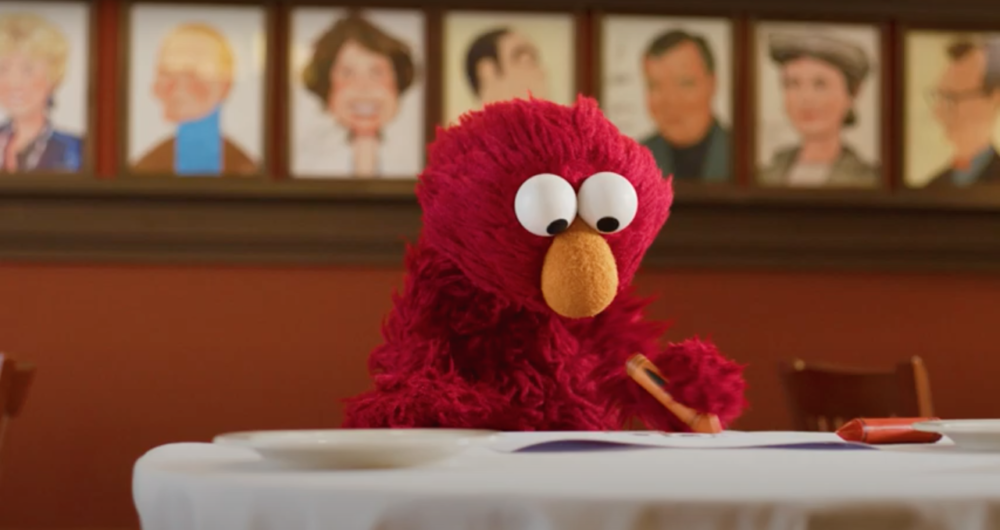 Rockefeller Productions, a leader in quality family entertainment, and Sesame Workshop, the nonprofit educational organization behind the iconic “Sesame Street,” shared the first video in a series of Elmo at Sardi’s from the world premiere of the new Sesame Street the Musical. Sesame Street the Musical will take to the New York stage starting on Thursday, September 8, 2022, through Thursday, November 27, 2022, with an opening night set for Monday, September 19. Performances will take place at Theatre Row (410 West 42nd Street). For all ticketing and further information please go to www.sesamestreetmusical.com.

“Sesame Street’s” very own Elmo, Cookie Monster, Abby Cadabby, Grover, Rosita, Bert, Ernie, Oscar the Grouch, Gabrielle, and a host of Honkers, Martians, and other favorites will appear onstage in their very own musical. Filled with live puppetry, iconic songs fans know and love, new compositions by Kitt, Park, and Edmondson, and special celebrity guest stars, this production is designed for both the young and the young-at-heart, including things for fans of all ages. The show is written, directed, and produced by Jonathan Rockefeller.

“Sesame Street” first aired in 1969 and is now in its 52nd season in the U.S. It is seen in 150 countries and continues to expand globally with content production and distribution, consumer products, English learning and formal education, and themed entertainment. “Sesame Street” has won 11 Grammys and 214 Emmys– more than any other children’s show.

Creative staff, special celebrity guests, and other information will be announced at a later date.

Sesame Workshop is the nonprofit educational organization behind “Sesame Street”, the pioneering television show that has been reaching and teaching children since 1969. Today, Sesame Workshop is an innovative force for change, with a mission to help kids everywhere grow smarter, stronger, and kinder. We’re present in more than 150 countries, serving vulnerable children through a wide range of media, formal education, and philanthropically funded social impact programs, each grounded in rigorous research and tailored to the needs and cultures of the communities we serve. For more information, please visit www.sesameworkshop.org.

Rockefeller Productions is currently in New York and around the world with such acclaimed productions as Disney’s Winnie the Pooh: The New Musical Stage Adaptation, Paddington Gets in a Jam, The Very Hungry Caterpillar Show, Pixar Putt, Awesome: The Interactive Exhibition of Lego® Models! and 10 Little Rubber Ducks. For more information, please visit www.rockefellerproductions.com.