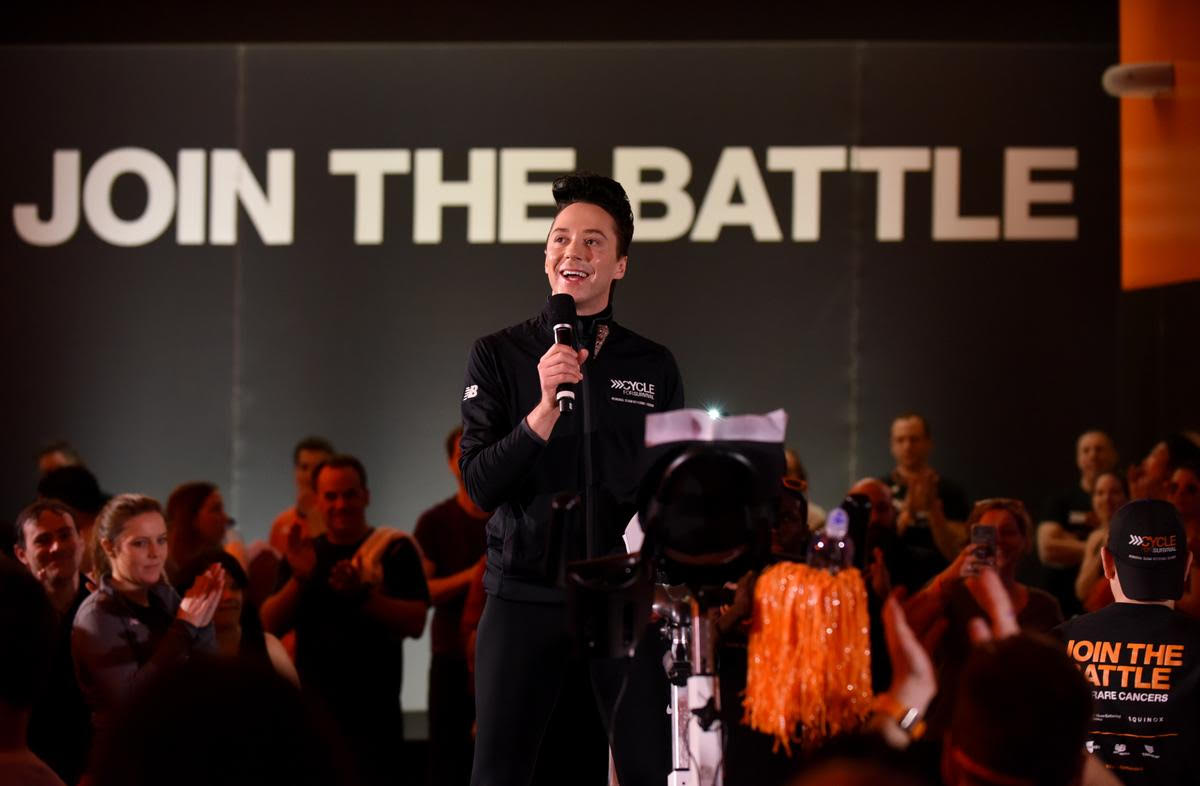 Seth Meyers and Johnny Weir Rally at Cycle for Survival

Seth Meyers and Johnny Weir Rally at Cycle for Survival

More than 36,000 people nationwide rode at Cycle for Survival’s signature indoor team cycling events this year to fight back against rare cancers, including more than 18,000 participants at dozens of events in New York City from early February through March 10.

Instructors from Equinox, Cycle for Survival’s founding partner, led all the rides in 16 cities across the country in January, February and March. Cycle for Survival, the movement to beat rare cancers, allocates 100 percent of every dollar raised to groundbreaking research and clinical trials led by Memorial Sloan Kettering to change the way cancer is diagnosed and treated.

Rare cancer survivors, patients, caregivers, MSK doctors, Equinox instructors, and other supporters will come together for the thirteenth consecutive year in New York City. Sponsors include New Balance, smartwater®, and TAG Heuer. The ride experience features heart-pumping music, cheering, dancing, a tribute display of photos and messages, inspirational speeches from participants, and stories from researchers about discoveries made possible by Cycle for Survival.