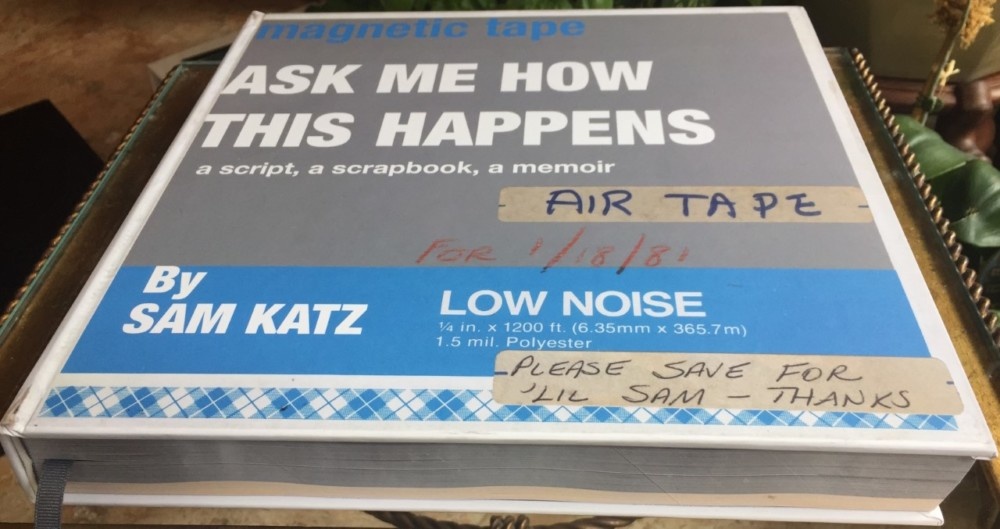 In 1981, 25-year-old Sam Katz moved to New York City to work in the promotion department of the number one radio station in the country. After four years at three major stations, her dream was to become a disk jockey.

Her performing aspirations were irreparably derailed when she was sexually solicited, emotionally battered, had her job record falsified, and wound up fired and blackballed from the network. It caused two nervous breakdowns, two hospitalizations, a spasm in her esophagus, more than three decades of trauma avoidance, and nine years of Post Traumatic Stress Disorder.

Her alcoholic, cocaine-addicted abuser was vindicated, syndicated, won four Marconi Awards, and landed in the Emerson and NAB Halls of Fame. After a half-century on the air, in 2018, he retired as one of the most celebrated broadcasters in American history.

Ask her how this happened.

For the past 21 years, Sam Katz has been the writer, editor, and executive assistant to the president of the Detectives’ Endowment Association (DEA), the labor union of 18,000 active and retired NYPD Detectives. She writes and edits the union magazine, The Gold Shield, the union’s website, legislative memos, political endorsements, anti-parole letters, and a myriad of other internal and external communications for the largest Detectives union in the country. Katz has a diverse background in radio, film, public relations, and promotion. Eight years ago, she also resurrected her long-buried performing aspirations and now can occasionally be found on the improvisational theatre stage.

In 2018, Katz self-published a limited edition of a large format, coffee table book called Ask Me How This Happens, a script, a scrapbook, a memoir, dealing with the loss of her broadcasting career to sexual harassment and emotional abuse when she was 26 years old and at the National Broadcasting Company. The memoir is expected to come off the presses in September. She hopes joining the Author’s Guild will lead to literary representation in order to garner a wider distribution for her book.

Available through the author via email or at https://www.facebook.com/sam.katz.71