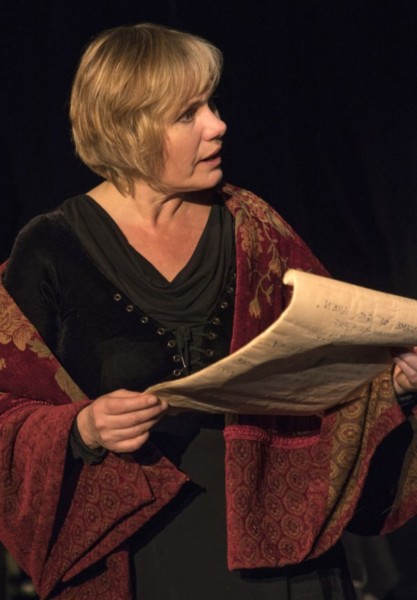 Shakespeare’s Will Shows a Woman Ahead of Her Time

Shakespeare’s Will Shows a Woman Ahead of Her Time 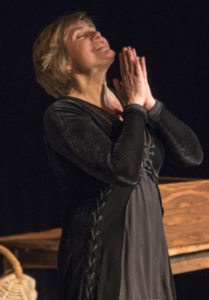 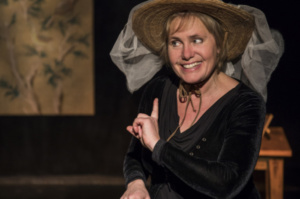 Very little is known about William Shakespeare’s personal life, except that he married Anne Hathaway. It is her story we hear about in Shakespeare’s Will.

The play starts as Shakespeare has just been buried. Anne has been asked to read the will of her husband, by his sister Joan, who she has never gotten along with. Joan has taunted Anne with the saying “he never forgot,” and Anne refuses to open the letter, instead, delving back to the past. We learn of the day she meets the 18-year-old, poor playwright at a fair in Shottery, a village just to the west of Stratford-upon-Avon, Warwickshire, England. Anne, who was 26, was promiscuous and took what she wanted. The two ended up in her father’s barn several times and she became pregnant. Though Anne’s father disapproved of the marriage, and it seems Shakespeare had cold feet (he was hours late to the wedding), the two exchanged vows. Theirs was an open marriage from the start. Shakespeare was soon asked to join an acting troupe and go to London to which Anne agrees. He is gone for most of the marriage, though he fathered two more children with her. Throughout it all, Anne is strong-willed and a rock. 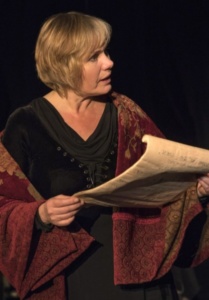 Photo credit: Emily HewittTannis Kowalchuk is passionate and like a roaring lion as she sings in-between intervals of speech. This is a woman who would be organizing woman’s marches if she were alive today. She brings Anne to life in her full glory of how Thiessen sees her.

Mimi McGurl has directed this piece who flourish. Loosely based on the few historical facts known about the Bard, Anne, and their family life, in a sense it is hard to take this text to heart, as I just cannot see a woman of that era acting like she does. Also, I do not understand why when the marriage is breaking down in terms of communication, she does not go to England. Written in verse, it never seems so. Vern Thiessen has used Hathaway’s life “as a springboard for my own imagination and artistic goal – to explore the journey of a woman who faces adversity, rises above it and ultimately rekindles life in herself.” He succeeds in this.

The show is well produced with costumes by Karen Flood and music composed by Kurt Knuth and Rima Fand. Ms. Fand also accompanies the performance with live sound effects.

The mix of traditional English song with new musical compositions adds to the whole effect.

For Bard fans, women who are seeking empowerment, and those who love good acting, this show is a must.