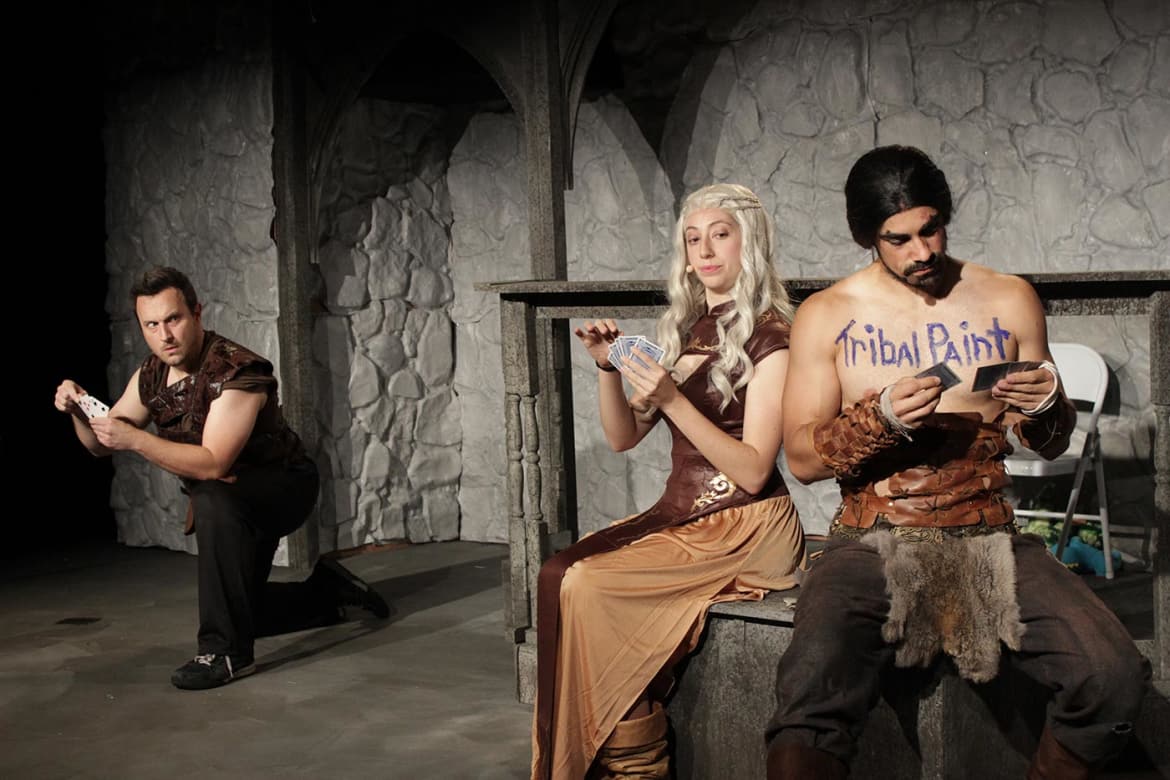 Shame of Thrones: The Rock Musical—An Unauthorized Parody A Rather Amusing Take On A Hit TV Show

Shame of Thrones: The Rock Musical—An Unauthorized Parody A Rather Amusing Take On A Hit TV Show 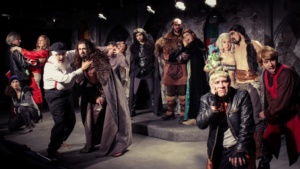 Shame of Thrones: The Rock Musical, An Unauthorized Parody currently playing at The Theater Center is a well done, sex filled romp of the hit TV series on HBO. Streams of dirty jokes fly rampantly through the piece, so I was a little uncomfortable watching the under age audience in the first row. This is definitely not kid friendly, as simulated sex scenes appear frequently and in every position imaginable.

The musical is a recap of Season 1. The Starks get in deep with the Lannisters as Sansa looks forward to marrying Joffrey. Cersel and Jamie are in an incestuous relationship where anyone knowing could end up dead and Daenerys weds Khal Drogo. In the meantime everyone just wants Jon Snow to  “Shut! The f***! Up!”

The more you know the show, the funnier it is. 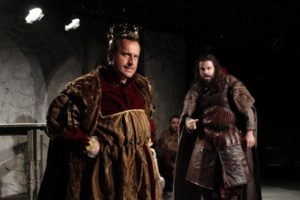 We start off as the writer of Game of Thrones Martin (Jay Stephenson), is in the middle of a writers block. The Starks sing about how “it’s good to be us”. Eddard “Ned” Stark (Milo Shearer) looking like a rock God and his wife Catelyn (Delilah Kujala) are having problems pronouncing each other’s name. Sansa’s dances like robot, as she falls hard for Joffrey (Randy Wade Kelly), who is more into himself and selfies. Arya keeps on changing personalities trying to figure out who she is, while Bran turns quickly into a actual dummy. Robb (Jeff Bratz) is still the family golden boy. When the Lannisters visit Winterfell, King Robert Baratheon (Ryan Pifher) is oblivious to Jaime (Peter Berube) and Cersei (Erin Stegeman, also part of the songwriting team) hands on policy. Tyrion (Drew Boudreau) sings “You Can’t Kill Me,” because Peter Dinklage, has won two Emmys securing his life on the show. 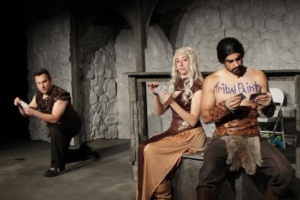 Daenerys (Mandie Hittleman) gets sold to Khal Drogo (Ace Marrero), and we watch as she goes from being rapped to being the aggressor, falling for her captor as he gets killed off.

Though the script and lyrics by Steven Christopher Parker and Steven Brandon are well done, the music by Stegeman and Peter Frintrup is plebeian. There is not one catchy melody or song really well done. Part of that might be is that the actors are not really singers. This show would have been better as a non musical.

The cast however has some wonderful moments. Ryan Pifher is fabulous as King Robert, Hodor and Samwell. Other standouts include Milo Shearer, Drew Boudreau, Ace Marrero and Mandie Hittleman.

The costumes by Katie Stegeman are well done, as is the lighting by Joe Chapman. The set is just odd, but since the show share it with Perfect Crime, it makes total sense.

Who deserves the most praise is Steven Christopher Parker, whose witty direction makes this a wink and a nod, allowing this complex story to come to life.

As far as parody’s go this was at the top of it’s class.

Suzanna BowlingOctober 17, 2020
Read More
Scroll for more
Tap
He Says: The Mad Ones A Surprising Shotgun Passenger on the Journey Forward Into Life
Radio City Christmas Spectacular Just The Thing To Put You In The Holiday Mood