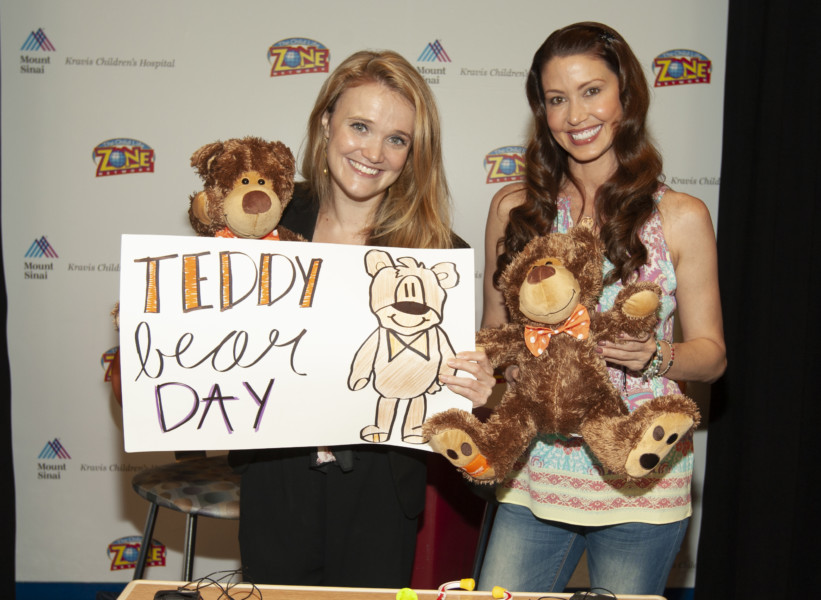 After the winners were announced, Shannon was joined by Michele Hall Duncan CEO & President of the enCourage Kids Foundation to deliver Teddy Bears to the children. “Nearly 2,400 bears were given to hospitalized children for National Teddy Bear Day 2019! Shannon Elizabeth brought her incredible love for animals and children as cohost of KidZone TV today. We are thrilled to have her as an enCourage Kids Foundation Ambassador,” said Duncan.

“It was a such a fun afternoon co-hosting Medical Bingo and delivering Teddy Bears to the pediatric patients for National Teddy Bear day. It was a true honor for me to put a smile on so many of the children’s faces,” stated Shannon Elizabeth. “I’m so blessed that I can make a difference and be part of the enCourage Kids team.”

If you would like to make a donation or get involved with the enCourage Kids Foundation, you can do so by visiting www.encourage-kids.org