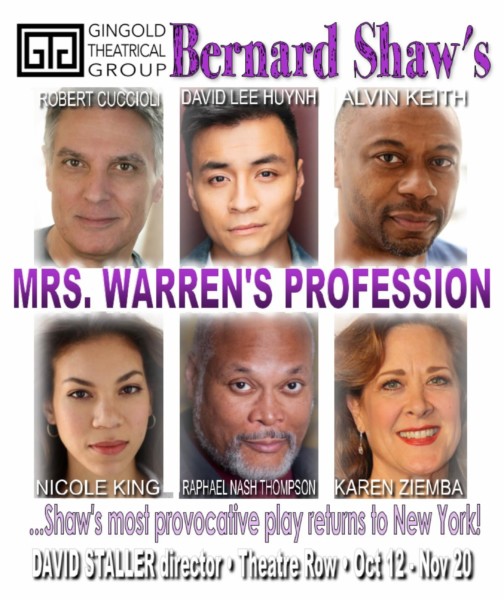 Mrs. Warren’s Profession was written in 1895 is about the struggle for equal rights, a topic for Shaw wrote about frequently. This early play of his was considered so incendiary in its time that it was banned for years in Britain and, when it finally debuted here in New York City, the entire cast was arrested on opening night. It’s not the plot point of prostitution that offended the officials, but the notion that a woman would struggle to create a successful life for herself in spite of the constraints set against her by law and society, and thrive without apology. With this, our third free online presentation, we have a dream cast to bring you this highly entertaining story involving a mother and daughter who, for the first time, reveal their true self to each other. The issue of women’s rights permeates all of Shaw’s work and perhaps never, before or since, has the topic been more explosively examined.