She Loves Me Grand Knowing You and Seeing You Again

She Loves Me Grand Knowing You and Seeing You Again 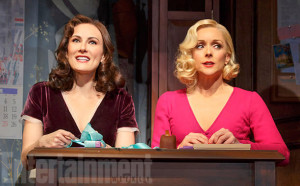 The revival of She Loves Me, is a whimsical reminder of how good musicals can be. Every detail of this scrumptious treat is detailed from the ice cream sundae’s on Amalia’s bedroom wall paper, to the chain adornments on the bottles in Maraczek’s Parfumerie. The play Parfumerie in which this show is based, has spun off successfully several times with The Shop Around The Corner, In the Good Old Summertime and You’ve Got Mail.  She Loves Me has been revived twice on Broadway, made a star out of Barbara Cook and was the first show Hal Prince directed from start to finish. The score by Sheldon Harnick and Jerry Bock and the book by Joe Masteroff, is romantic, funny and endearing. 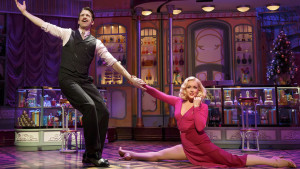 We are in Budapest in the 1930s, as the employees of Maraczek’s Parfumerie arrive at work. The employees include Ladisov Sipos (Michael McGrath), a middle-aged salesman with a family; Arpad (Nicholas Barasch) a teenage delivery boy, Ilona Ritter (Jane Krakowski), who is having an affair with the smarmy Steven Kodaly (Gavin Creel) and Georg Nowack (Zachary Levi), the assistant manager. Georg has been exchanging letters with an anonymous woman he knows only as “Dear Friend.” Amalia Balash (Laura Benanti), arrives looking for a job as she immediately clashes with Georg, but impresses Mr. Maraczek (Byron Jennings). As soon as she is hired, Mr. Maraczek gets on Georg’s case as Georg and Amalia constantly annoy each other. They’re only joy is the pen pal relationship, with nether knowing that it is each other. Georg learns before Amalia and when he gifts her with vanilla ice cream, they start to truly fall in love. 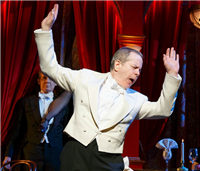 The cast is excellent, with a charming and winning Zachary Levi, as the perfect leading man, who does a cartwheel during “She Loves Me,’ that melts your heart. Laura Benanti, thrills with her vocals. Jane Krakowski, nearly steals the show with her two numbers, her Cheshire purr and age defining splits. Gavin Creel, is just reptilian enough, that he makes our skin crawl. Byron Jennings is the perfect owner whose own heartache brings a saddened twist. Michael McGrath, knows how to put over his number with a flourish. Nicholas Barasch is a performer going places. As for Tony nods, please nominate Peter Bartlett, as the stressed out maître d’.

Scott Ellis, lets this piece shine by itself without gimmicks or tricks and hones his actors, so that we believe the truth of this simplistic storyline, that still steals our emotions. Warren Carlyle’s choreography has gymnastic elements that give this show the right edge. David Rockwell’s sets are splendid. Jeff Mahshie’s costumes, period perfection, Donald Holder’s lighting moody, Paul Gemignani’s musical direction in tune. I love the fact that the orchestra is set on either side of the theatre, adding a music box element to the sound. Larry Hochman, your arrangements have never sparkled so much.

If you love musical theatre, this is the perfect homage to days gone by, that hopefully will return again and again, like this production, not changed but fine tuned.