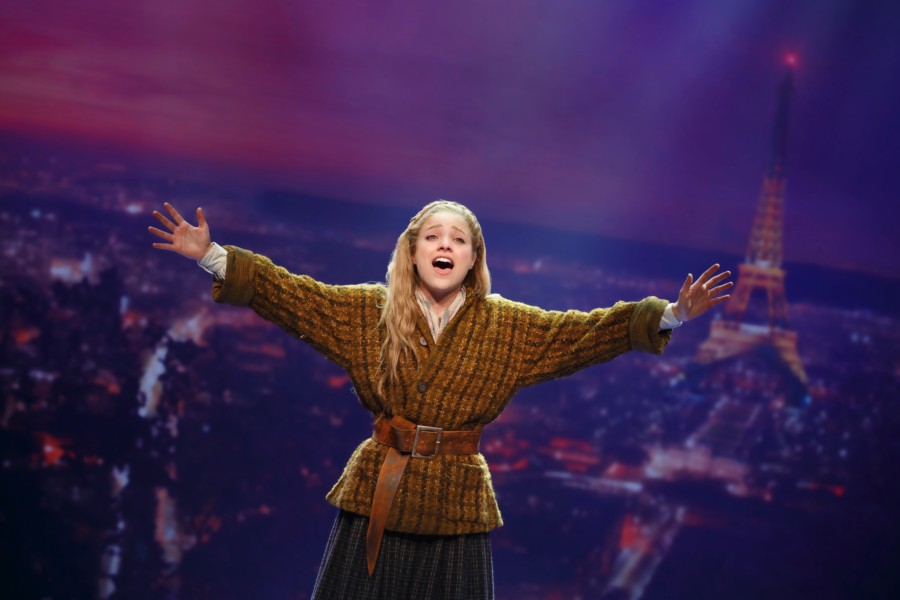 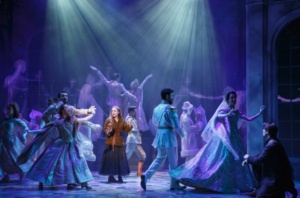 For young Broadway theatre goers, princess hopefuls, young women in search of a role model and for all of us who still have a romantic heart, the lush new musical Anastasia is for you.  Inspired by 20th Century Fox’s 1997 animated film and combining with the 1956 movie starring Ingrid Bergman and Yul Brynner, the story of the missing princess who possibly survived the brutal slaying of her family is gloriously brought to life. 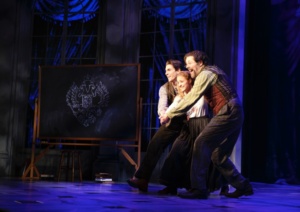 The show actually has a series of interconnecting stories. Part one finds Svengalis Dmitry (Derek Klena) and Vlad (John Bolton) looking for someone to impersonate zar Nicholas II’s youngest daughter, Princess Anastasia in order to get out of a war torn, desperately poor and unsafe Russia. It is rumored that the girl still lives. Enter Anya (Christy Altomare), a young women with amnesia, who in fact turns out to be the real Anastasia. She finds her memory returning bit by bit as she is groomed to meet her surviving royal grandmother (Mary Beth Peil) in Paris. In order to get to the Dowager Empress, the trio must get through to her companion Countess Lily (The feisty and comedic Caroline O’Connor), who is Vlad’s ex lover. In the meantime Gleb, (the dreamy Ramin Karimloo) who is part of the Bolshevik regime, is conflicted over his feelings for Anya and his sense of duty. His father turns out to be the man who shot her family point blank. In the end families are reunited, unconditional love wins the day and the right choices bring about a happily ever after ending. 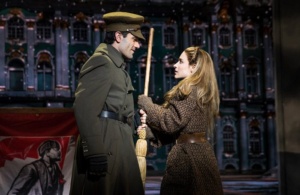 For those who know this story, it takes a suspension of disbelief as it was proven that Anastasia did in fact die in that brutal slaying, but that is easily done thanks to director Darko Tresnjak, who weaves a truly enchanting spell thanks in part to his casting of Christy Altomare as Anya. With her pure singing voice, appealing stage presence and strong acting choices Ms. Altomare has that illusive “it factor” that makes you care about her. We root for her to win and when true love wins the day our hearts melt for her. If anyone was to ever make “The Princess Diaries” into a musical, this is the perfect casting choice. 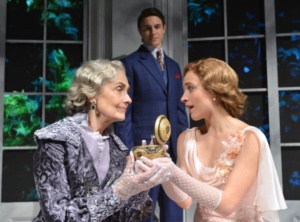 Derek Klena is the perfect hero, who we want to swoon at and win the girl, even though the ruggedly handsome Ramin Karimloo wants her. Both have such gorgeous voices and presence. Mary Beth Peil brings a regal stance to the stage. We feel her heartbreak and joy, as she loses, then finds her granddaughter. John Bolton’s and Caroline O’Connor bring perfectly timed comic moments to break up the sweetness that surrounds you. “The Countess and the Common Man,” is a delight. 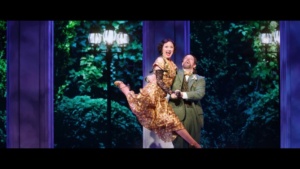 Stephen Flaherty and Lynn Ahrens who scored the music for the Oscar nomination animated film are back. So is “Once Upon A December” and the fabulous “Journey to the Past.” This score is tuneful and scrumptious with “In a Crowd of Thousands,” standing out as the new tune. It also helps when you have incredibly powerful vocals from Altomare, Karimloo and Klena. Terrence McNally’s book keeps us on our seats and weaves a romantic air. 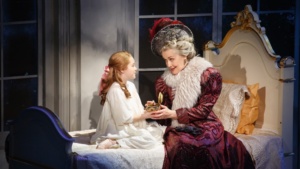 What helps makes Anastasia so wonderful is he cinematic projections by Aaron Rhyne, which are breathtaking, especially when the ghosts from the past swirl around the theatre. In a year where costumes are spectacular add Linda Cho’s name to those Tony nods. Peggy Hickey, dreamy waltz’s, moments of “The Rain in Spain” choreography are enhances by the perfectly done “Swan Lake.” Add to that the set by Alexander Dodge, lighting by Donald Holder and Peter Hylenski sound design and every element of this show brings magic to the stage. 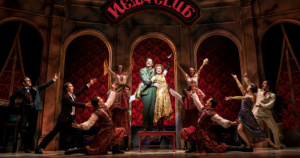 This was better than the movies and I predict that this show has a long life on Broadway, national touring companies. I expect to see a lot of Tony nods as well. 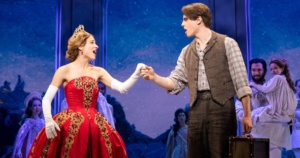 Suzanna BowlingJuly 20, 2021
Read More
Scroll for more
Tap
That True Phoenix: A Story Born from Little Known History
Hamlet. A Version Should Be the Only Version of Hamlet