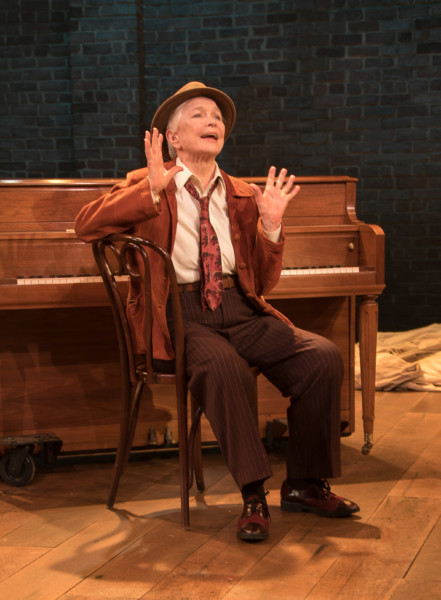 She Says: As You Like It With A Hey And Ho and A Hey Noony Noony No

She Says: As You Like It With A Hey And Ho and A Hey Noony Noony No 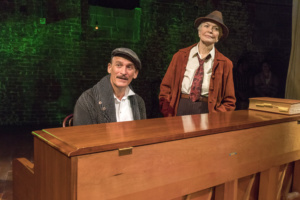 In 2012, an absolutely smashing production of As You Like It, directed by Daniel Sullivan, enchanted Shakespeare in the Park. Now, at the Classic Stage Company, co-produced with Bay Street Theater, the revival of the same play directed by John Doyle fails to elicit any magic. Except for the snippets of Stephen Schwartz’s (Wicked) delightful ditties, this version pales. In the Park, we had a luminous Lily Rabe as Rosalind; at CSC, a spirited, boyish Rosalind played by Hannah Cabell. Celia in the Park was the incandescent Renee Elise Goldsberry (Hamilton), whose rounded tones were heavenly; here we have Quincy Tyler Bernstine, who along with Kyle Scatliffe as Orlando, are hard to understand and vocally muddled. It makes sense since neither has a Shakespearean background. 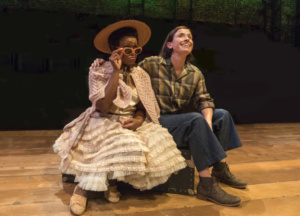 This production seems to be set in the South, in the late 1940s, so Orlando’s speech seems more like a take on slavery, than of a brother scorned. For that matter, the whole CSC version of As You Like It seems changed and not for the better. The show comes alive when Schwartz’s tunes are sung or played by fiddle, upright bass, and piano. The question becomes, why not musicalize this piece, or at least give us more? 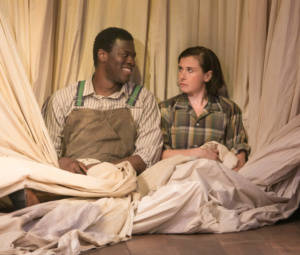 What is key to this show is the chemistry between Rosalind and Orlando, but these two actors just seem to be in the friend zone, if even that. However, Andre de Shields as a cooler than cool Touchstone and his scenes with the warm and hilarious Cass Morgan as Audrey, add sparks to this otherwise dull production. Bob Stillman as the Duke, who also has the Shakespeare vernacular under his belt, does well. 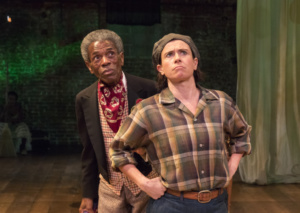 At the Park, the lush set by John Lee Beatty gives way to acorn-shaped lights that dangle over the actors, designed by Doyle. Lighting designer Mike Baldassari’s work here is stunning and he deserves a shout out. 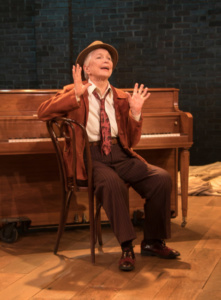 Award-winning Ellen Burstyn is a low-key Jacques, but she has that “it” factor. Even so, her speech “all the world’s a stage” just sort of fizzles and this 100-minute production just seems longer than long.

As You Like It: Classic Stage Company co-produced with Bay Street Theater, 136, East 13th St. until Oct. 22nd.

Suzanna BowlingOctober 12, 2021
Read More
Scroll for more
Tap
The Collection of Edward Albee Raises $12.5 Million as Academy Award-Winner Mercedes Ruehl Remembers Him
He Says: CSC’s As You Like It: Swinging and Jazzy, But Falling Flat in the Woods