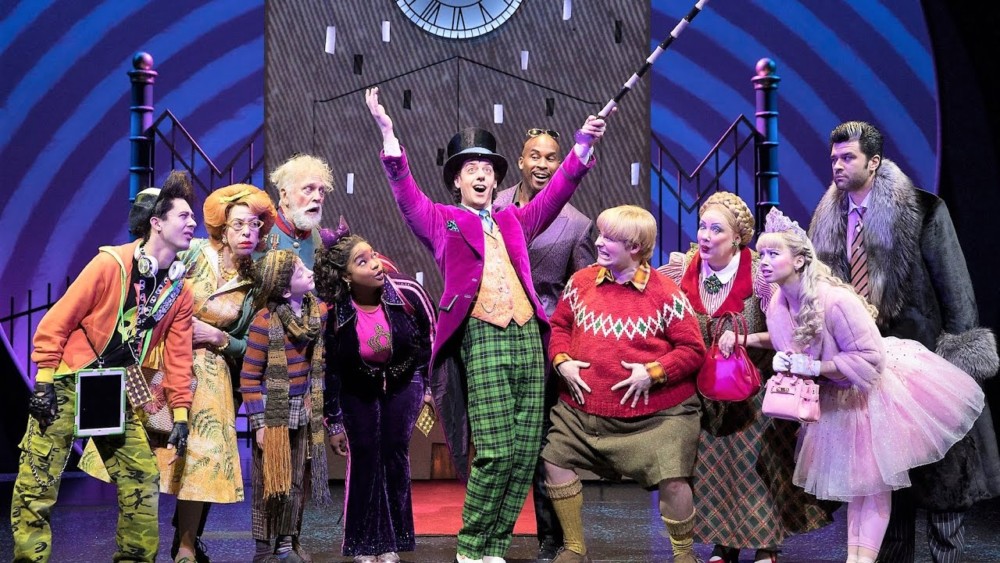 She Says: Charlie and the Chocolate Factory Misses The Oomph Factor

She Says: Charlie and the Chocolate Factory Misses The Oomph Factor 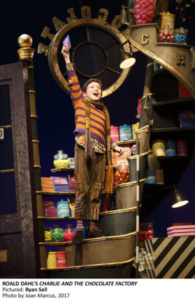 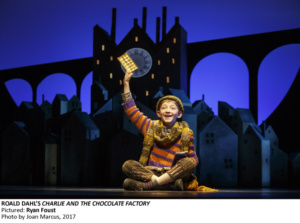 In the lyrics of “Pure Imagination,”If you want to view paradise, Simply look around and view it,” but in Charlie and the Chocolate Factory at the Lunt-Fontanne, what is missing is that magical surprise. The set by Mark Thompson doesn’t wow, the music by Marc Shaiman and Scott Wittman (Hairspray) misses the mark, the Oomph Loompa’s are a devise stollen from Shrek and Elf. I am a huge Christian Borle fan and though it pains me to say it Christian Borle, in wonderful voice is not the Willy Wonka from the book or the movies. If you are going to re-invent a film then it should be better live, than on celluloid. 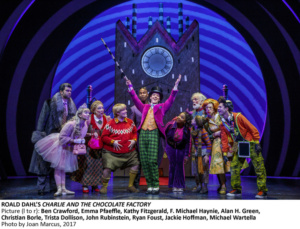 For those who are fans of the Roald Dahl books, the script by David Greig, leaves out major plot lines and adds one of his own devise. The show starts with Wonka (Christian Borle) telling us that he’s looking for a successor. He then opens a candy shop right next to his factory where he is the owner. Obviously, this is so Borle can sing the hit Leslie Bricusse and Anthony Newley tune “The Candy Man,” from the original 1971 film. Most of the songs from the Gene Wilder film have survived, minus “Cheer Up Charlie,” which is replaced by “If Your Father Were Here,” which allows a ballet with Charlie’s father doing a ballet with his mother ( a winsome Emily Padgett), which makes no sense. Also missing is “I Want It Now,” sung by Veruca Salt. They have gone back to the original source but instead of being thrown down the bad nut shoot she is torn apart by demented squirrels, which takes this a little out of the take your children category.

By revealing Wonka in the beginning, he is never a surprise. Another puzzling feature is when Charlie (the delightful Ryan Foust) and Wonka meet at the factory, there is never any acknowledgment that he was the same person who ran the candy shop. Borle, is given no help at all in creating a character that is mysterious and foreboding and ends up fey and not very fascinating. I kept wishing that Hugh Laurie would just step in. Borel does shine in “The View From Here,” the last song in the show. 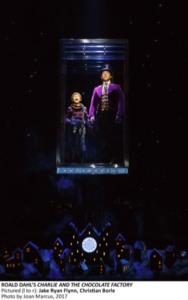 Act One is all about getting the tickets as Augustus Gloop (a well played F. Michael Haynie), Violet Beauregarde (a fiesty Monette Mckay), Veruca Salt (the multi-talented Emma Pfaeffle), Mike Teavee (not so wonderful Michael Wartella) all have numbers describing their win. I must admit I loved Violet’s “Queen of Pop”number for it’s energetic disco moment. I have to admit it is not at all as bothersome as I thought having adults play these characters. 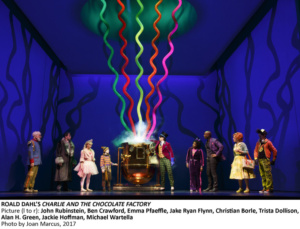 In Act Two we are introduced to the most unmagical set ever designed and the show becomes Americanized and updated. The problem is I never had a clue at what decade we were in. Mike’s mom Jackie Hoffman is dressed in the 50’s, yet Mike is morphed into what looks like the 80’s with today’s toys. 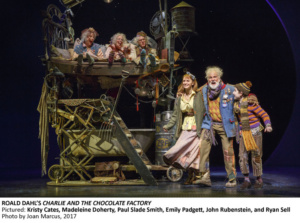 Winning in this show is Grandpa Joe played by John Rubinstein.