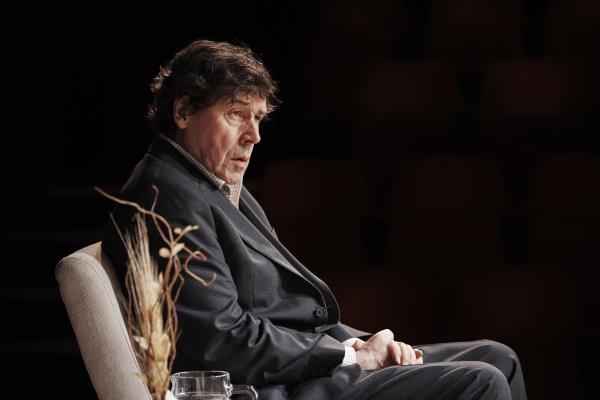 She Says: Cyprus Avenue Has Me Weeping For Humanity

She Says: Cyprus Avenue Has Me Weeping For Humanity 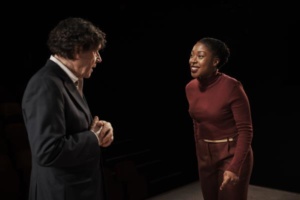 David Ireland’s Cyprus Avenueby way of the Abbey Theatre in Dublin, Ireland and the Royal Court Theatre in London, England is beyond disturbing. You will surely not leave the Public Theatre after this performance without being shaken. We know from the beginning that something has happened. Eric (the fabulous Stephen Rea, “The Crying Game”) is being told by psychologist Bridget (Ronke Adékoluejo) that he is in a safe place, that he can ask anything. The first thing he asks is why she is a n****er. Eric sees nothing wrong with how he sees her or the world. This fact becomes even more relevant when you realize why he is there. Eric, a unionist/loyalist and a Protestant, believes Northern Ireland is British and he is a Brit. He firmly believes that “the Fenians” are at the heart of all the problems in Ireland. When his daughter Julie (Amy Molloy) has a baby, Eric believes her to be Gerry Adams, an Irish republican politician on the other side. 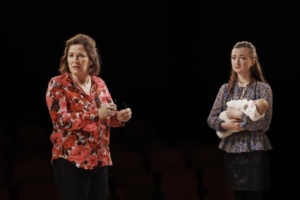 Eric’s wife Bernie (Andrea Irvine) is fed up with Eric’s antics and kicks him out of the house, but in seeing the baby, something completely fractures inside Eric’s head. Eric is stuck in the past and believes anyone not on his side is against him and the country he loves. His views on race, sexuality, and religion are wrapped in hatred and an intense violence. As he mentally breaks down, he meets Slim (Chris Corriagan), a hooded man who thinks just like him, on a park bench. Eric’s ramblings have been heard by a 10-year-old boy whose mother has been questioned and is none too thrilled. Eric asks Slim to carry out a murder, but because he thinks it’s Tuesday he can’t since he goes to an anger management program. From this point on the play takes a darkly horrifying turn that had me wondering about the state of our humanity. 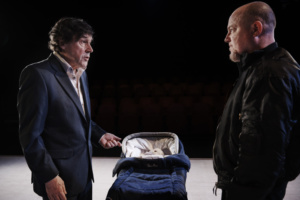 All the performances here are masterful with Stephen Rea mesmerizing us with his “Silence of The Lambs” star turn. 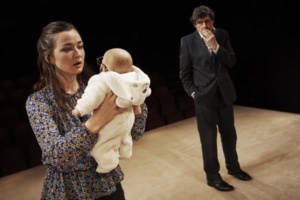 Vicky Featherstone, the Artistic Director of the Royal Court, sets this play up a rather long pause and all you can think is start this play already. When Rea finally enters, the first line is thrown his way and the disturbing facts slowly fill the space. Featherstone allows the tension to build like a horror film to the point that as I figured out the particulars, I covered my face so as not to see the sickening details.

Everything about this play is well done, from the increasingly dirtied and bloodied rug by set and costume designer Lizzie Clachan, that seems even more poignant by the blaring light design by Paul Keogan, to the sound design of David McSeveney and the fight director, Bret Yount.

Violence and the penchant for killing lies beneath us all. The sweetest most mild-mannered of us can be triggered by the past. In this day and age of political turmoil, it’s frightening to watch, as we all seem to be heading into this abyss. There is something lacking in this play as to why Eric does what he does. There is a line when Slim looks at the baby and states to Eric “She looks like you”, and yet all Eric can see is his enemy. We know Eric did not have a happy childhood, but what drove him to this? What makes him ok for what he has done? How did he turn off his humanity so completely? I left this play saddened with more questions and horrified about where we have and could go.

Suzanna BowlingOctober 12, 2021
Read More
Scroll for more
Tap
Kay Cole The Girl Who Created “Maggie” in A Chorus Line Comes To Feinstein’s/ 54 Below
Skintight Reflections on a Beauty Obsessed Society