She Says: Eve’s Song Sings For The Forgotten

She Says: Eve’s Song Sings For The Forgotten

These things are horrible, and they’re true. 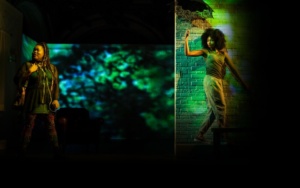 I am not sure what the point is of Patricia Ione Lloyd’s new play Eve Song at the Public Theatre. There are so many topics that the piece as a whole becomes disjointed and a blur of topics. We have black lives matter, queer issues, transgender issues, violence and I am not sure where the focus lies. 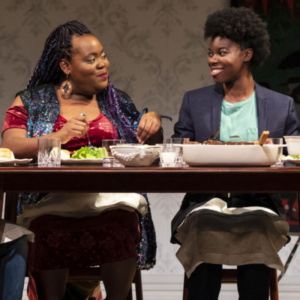 Deborah (De’Adre Aziza) and her two children, Lauren (Kadijah Raquel) who is in college and high school aged Mark (Karl Green) seem like a sterile integrated household eating dinner together and discussing their lives. The crakes are beginning to show as Lauren brings home her girlfriend Upendo Haki Supreme (Ashley D. Kelley), a charismatic activist, who has renamed herself (she given name was Tiffany). Upendo brings out the worst in Deborah who has been keeping her feelings to herself. Deborah’s husband has left her for a younger woman, her boss is hitting on her, she is none too thrilled that her daughter is gay or her son is weird. As Deborah tries to keep it together the crakes increase and her tru feelings spill out in abundance. 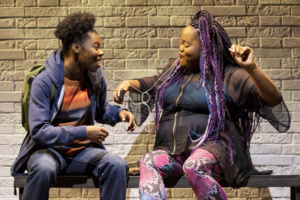 In the meantime three ghosts haunt the drawling. First up is  Kerrice Lewis (Rachel Watson-Jih), who was shot 15 times, tied up, and put into the trunk of a car and set on fire. ( The second spirit is Kathryn Johnston (Vernice Miller) who was shot and killed at almost 100 years old. The third Amia Tyrae Berryman (Tamara M. Williams) states; “I knew when people found out I was trans I would end up dead.” Now because I did not know the history of these women and it would have helped to know more.  I now know Kerrice was a lesbian and her murder was basicallyy ignored by the police. Ms. Johnston was shot in her home at a botched drug raid. The shot her in her home 39 times, the covered it up. Only the last ghost did I sadly understand the implications. As these stories are told the actors are made to writhe in silhouetted projections, as gunshots are heard and reacted too. Instead of feeling the pain the deaths of these women must have felt, we are distanced from the event. 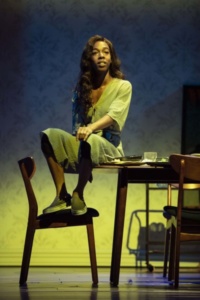 As the house in question falls apart, so does the play. As it fails to connect to these weighty issues. 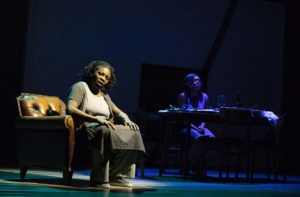 The Public’s dramaturge wrote “This play explores the violence and danger of living as a black person in America — and it’s a comedy,”  but I do not see the comedy in people being executed and a family falling apart, with no hope in sight.

The cast is excellent with the material given to them, especially Kadijah Raquel, who is someone to watch.

Jo Bonny directs this with aplomb and tries her best to make this story unveil its journey. Lloyd’s dialogue is lyrical and poetic, but doesn’t get into the grit of the problem. Where is the solution, where is the truth of what is and what will be? This could happen to anyone, yet that is not addressed. Lesbian’s, botched investigations and transgender deaths skip boundaries of color or for that matter gender.

“Everyone was born with a song … This oppressive society has made us all forget our song … It’s the song on the wind in the garden of Eden. Black women — we remember our song when we die and we sing it with the spirits that come to take us in death … Imagine what the world would be like if we lived life remembering our song.” 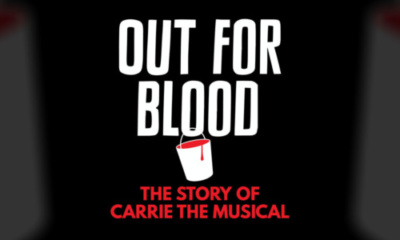