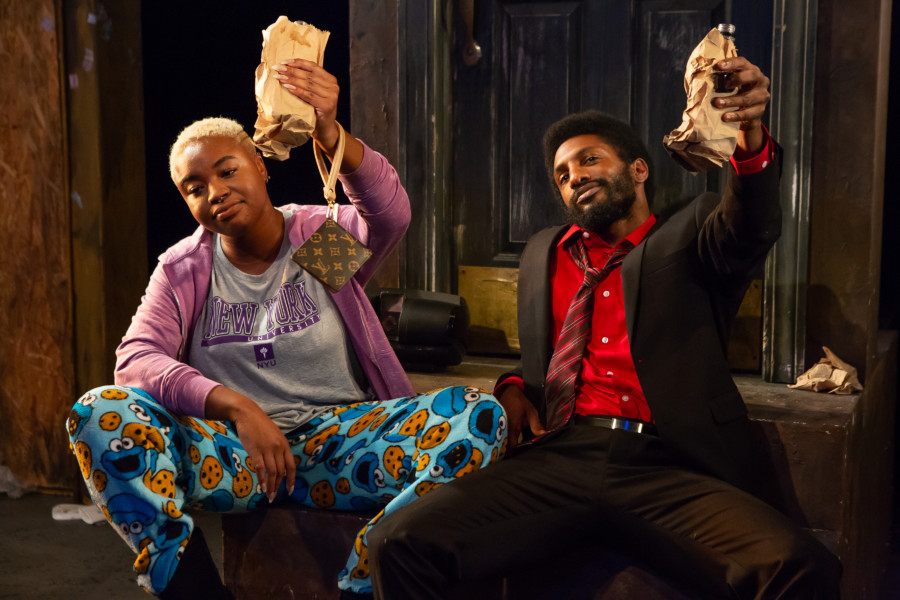 She Says: Geraldine Inoa’s Scraps at The Flea Theatre

She Says: Geraldine Inoa’s Scraps at The Flea Theatre 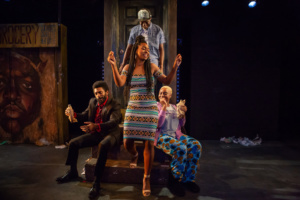 Geraldine Inoa’ Scraps, is an intermissionless vibrant and searing play about the longing for equality and the rage when it is denied.

Keenly described in the press release, Scraps explores the immediate anger, residual grief and inherited trauma of four black teenagers whose friend is shot by a white police officer. 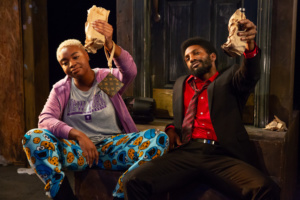 The heartbreaking and unfair situation the four characters (Roland Lane, Michael Oloyede, Alana Raquel Bowers and Tanyamaria) must overcome includes: poverty, depression, alcoholism, drug addiction, grief, suicide, poor housing, denial of career opportunities and advancement. And in one character’s case the mother is forced to support the child (Bryn Carter) by herself, as the child grows up without a parent, because the child’s father was murdered by the police. 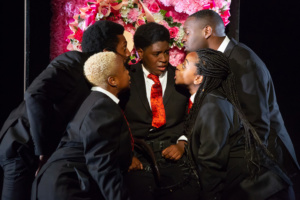 Part 2 unfolds as a surrealistic game show, where the offending policeman (Andrew Baldwin) is butchered, and the metaphysical question presents itself “Why doesn’t our pain ever go away.“

The audience files out with that question ringing in their ears and an enormous amount of information to contemplate.

The ensemble cast is extremely talented and the scenery by Ao Li, puts you in the moment, as does the lighting by Kate McGee.

Well directed by Niegel Smith, the artist director of The Flea, this graphic, powerful and evocative drama, would have been far better served without the constant use of the “N” word.