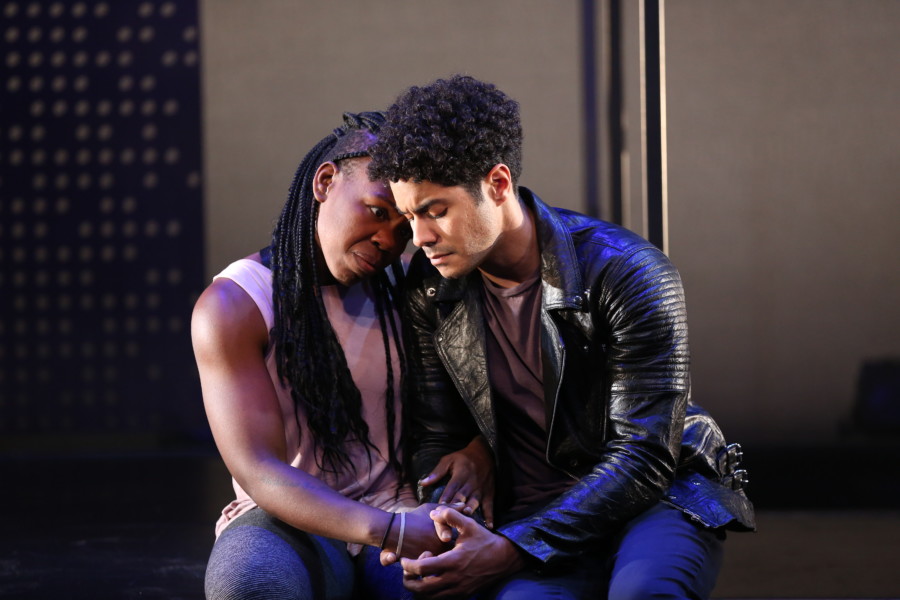 She Says: Good Grief Saying Good-Bye so the Journey Can Move Forward

She Says: Good Grief Saying Good-Bye so the Journey Can Move Forward 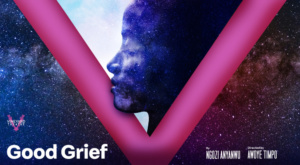 How do you say goodbye, when memories keep flooding through your psyche? How do you move on when you are trapped in a wall of pain? Ngozi Anyanwu’s Good Grief, which opened at The Vineyard theatre, asks these questions and more. Nkechi (played by the playwright) is called “N” because they can’t pronounce her name. She is a first-generation, Nigerian-American living in Bucks County, PA., whose best friend, confidant, and soulmate MJ (Ian Quinlan) has been killed suddenly in a car crash. The two have been inseparable since childhood. When we first meet the two, “N” has just left medical school to find out who she truly is and to be with MJ, when his death occurs. As she tries to make sense of the tragedy, we journey into “N”’s past. Reliving key scenes that shaped this inquisitive young mind, “N” tries to remember “what really happened.” 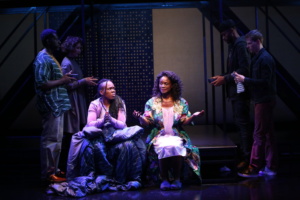 As she self-edits, goes back to get it right, and examines those pivotal moments, it is hard not to relate. We have all been where “N” has been. The tender and budding moments between MJ and “N” are touching, as are the interactions with her immigrant parents (Oberon K.A. Adjepong and Patrice Johnson Chevannes). Her father, trying to get his daughter to move on and get back to her life, teaches her to drive a car. He misses the spirited girl she used to be. Her mother, a psychiatric nurse-in-training, tries to self-analyze, as “N” tells her she is bad at this. Her loving brother (Nnamdi Asomugha), who insists on talking like a character from “The Wire,” gets “N’ out of herself, as they drink malt liquor, listen to hip-hop, and recall their childhood bonding. 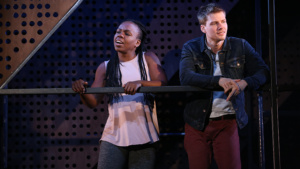 Also connecting to “N’ is JD (played by Hunter Parrish), her first sexual experience and High School crush. We meet the neighbor who told her about MJ’s death, as well as his mother at the funeral who she could not connect with (Lisa Ramirez in both roles). All of these conversations have become diluted and need to be re-thought. 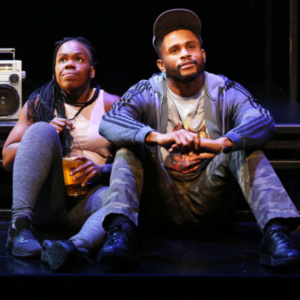 Throughout it all, “N” is fiercely independent, witty, tough, defensive, vulnerable, and curious as to where the truth lies. Facing pressures to define herself, she seeks eternal truths. Her memories tread fine lines between fantasy and regret. 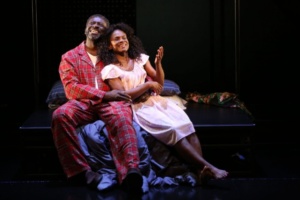 The cast is exquisite, as they each weave their characters into fully fleshed human beings we have all met before. Nkechi’s writes characters that are so abundantly human, flawed, universal, and lovable that, in the end, we will all want a friend as giving as MJ, a first sexual partner like JD, a supportive and loving family such as Papa, Nene, and Bro. In truth, “N” has a fabulous life. The chemistry between Anyanwu and her cast, but especially Quinlan, is part of the melding of this piece. Kudos to Henry Russell Bergstein, the casting director. Director Awoye Timpo directs this piece with sympathy and pathos. He brings out themes and keeps this fragmented memory play, coming-of-age story interwoven, poetic, and relatable.

The scenic design by Jason Ardizzone-West keeps “N”’s memories flowing, yet sterile. The lighting by Oona Curley uses fluorescent and stark white lights. After all, we are examining those places in-between. We are seeing Nkechi’s limbo. 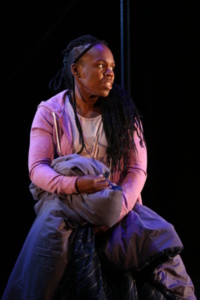 How many people in our lives have we promised to honor? How many people have threatened to keep us from moving on? Grief is a part of life and Good Grief is the way to heal. Finding our purpose in life has never been simple, but thanks to Ngozi Anyanwu’s prolific writing, maybe healing is just a heartbeat away. I so look forward to more plays by this compelling new voice of her generation.