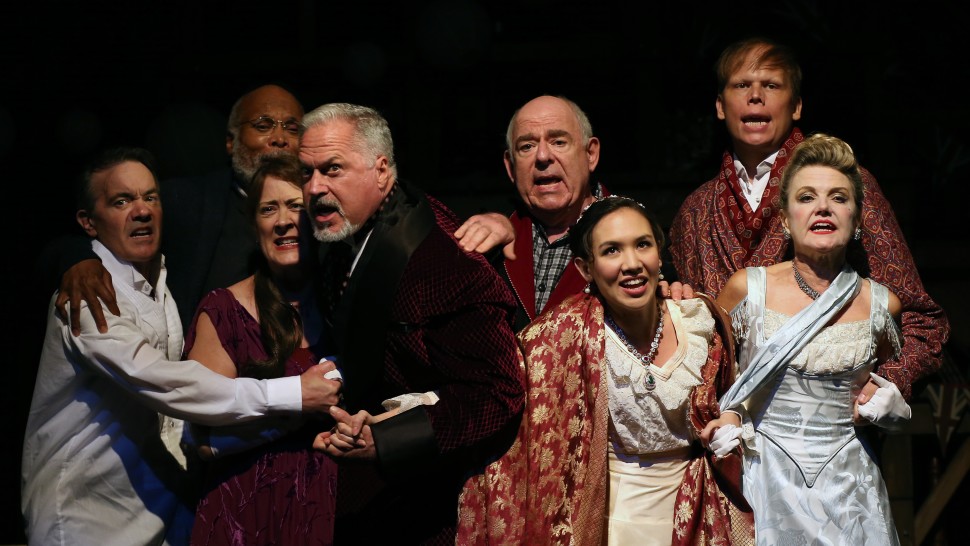 She Says: Heartbreak House is a Perfect Poetic Warning

She Says: Heartbreak House is a Perfect Poetic Warning 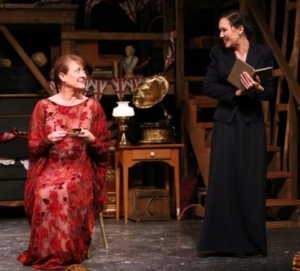 Having only read George Bernard’s Heartbreak House, I had nothing to compare this version to, which was wonderful. The Gingold Theatrical Group production is set in London 1940, during an air raid. We have taken shelter in the basement of Ambassador Theatre, as the actors are set to entertain us with a sing-along of “Pack Up Your Troubles”, before launching into a production of Heartbreak House. 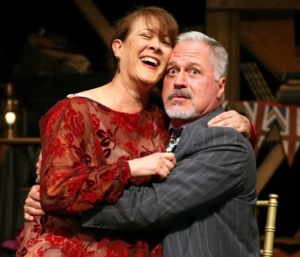 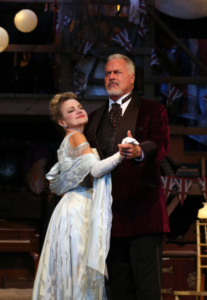 We first meet Ellie (Kimberly Immanuel) who’s been invited for the weekend to the home of  the eccentric Captain Shotover (Raphael Nash Thompson), by his daughter Hesione Hushabye (Karen Ziemba). She has invited Ellie to convince her not to marry the corrupt businessman and politician Boss Mangan (Derek Smith). Hesione  believes he has taken advantage of her father, Mazzini Dunn (Lenny Wolpe). Ellie, has fallen  in love with a man she finds out is Hesione’s dashing husband, Hector Hushabye (Tom Hewitt). From her heartbreak, she now  believes marriage is just a business transaction. 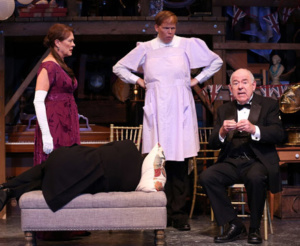 Returning home after a 23-year absence Hesione’s sister, Lady Utterword (Alison Fraser), is infuriated that no one recognizes her. Her brother-in-law, Randall (Jeff Hiller in one of three well played character roles), has followed her like a simpering puppy, madly in love with her.  Lies run rampant and are exposed, as hearts get broken. Truth is not what it seems, as the bombs go off and the end seems very near. 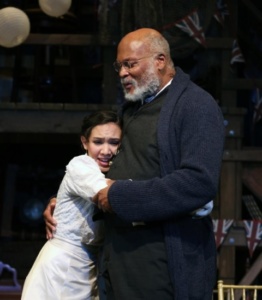 Shaw first draft of Heartbreak House, was in 1914 just as World War I began. He stopped because there was outrage on his position to avoid and end the conflict. He re-wrote the play in 1920 right after the war had ended.  Shaw had  hoped the play would serve as a warning, now he hoped humanity would learn from the past. Staller’s production emphasis this. 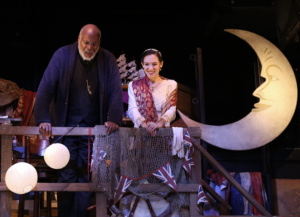 Karen Ziemba, is at the center of the piece as the bohemian who has never conform to society’s standards. She is confident and loving as her husband flirts with women to still feel the pangs of youth. As Hector, Tom Hewitt is a perfect caricature of a man who needs to feel self-important, grandiose and dashing as his glory days have past. Alison Fraser is thrilling as she makes every haughty words hit the mark. She is the perfect embodiment of the arrogant aristocracy as she shows her contempt to Randall by thrilling the r’s. Kimberly Immanuel keeps her ingenue in tact while showing spunk, Lenny Wolpe is the perfect milk toast man who can’t see the perils in front of him, Raphael Nash Thompson keeps his ship and his excentricities in a perfect harmony and Derek Smith shows layers behind the corruption. But it is Jeff Hiller who hilariously chews the scenery as both Randall and the housemaid, Guinness and the robber.

Brian Prather’s set, is a work of art making the Lion Theatre seems as if it is a stage basement-full of old theater props. Though originally the set was suppose to resemble a ship so that the inhabitants were sailing towards their doom, this set seems as if we are in limbo and these moments are what decide where we head next. The costumes by Barbara A. Bell are beautifully done and keep us in this same era.

In a world where we turn on each other for differences of opinion. Where everything seems corrupt, amoral and on the brink of war, not just with other countries but ourselves, Heartbreak House is a welcome