She Says: Jake Gyllenhaal And Sunday in the Park With George Musical Perfection

She Says: Jake Gyllenhaal And Sunday in the Park With George Musical Perfection 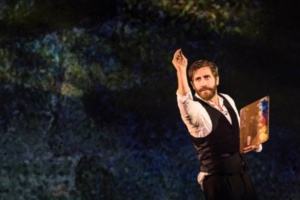 The revival of Sondheim’s Sunday in the Park With George is faultlessly sublime. If you are a musical theatre lover, stop reading this review and instantaneously go buy tickets, before they have sold out, as this is a limited run. You will be thanking me later for this tip. If tomorrow morning there are any tickets left, I would honestly be shocked.  Staged at the acoustically magnificent Hudson Theatre, this is a night of theatre, I will never forget. It is no wonder Sondheim and Lapine won the Pulitzer Prize for this masterpiece. 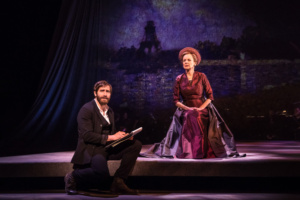 The show has always had it’s faults. In the 1984 production, the second act just never worked and you never quite understood why Dot loved George. The same with the 2004 and 2008 version.  Sondheim’s glorious lyrics and hauntingly spectacular music drew theatre lovers, because it is musical poetry. The musical language seeps into your soul, seers it and you are never the same. With Jake Gyllenhaal as George, your heart aches with his entrapment into color and light. His obsession with his work, tugs at his wanting to connect to Dot and others. He is brooding, he is magnetic and we fall like Dot, in love. Gyllenhaal vocals are impeccable. He understands musical nuances and brings such passion and longing to the role. 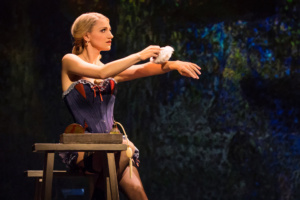 As Dot, Annaleigh Ashford brings humor and a flirtatious quality that makes her more human. Ashford and Gyllenhaal generate heat and intimacy so the loss of their love in the 1980’s, makes a greater impact in 2017.  Now the second act has past lives colliding with their present incarnations and it is fulfilling. 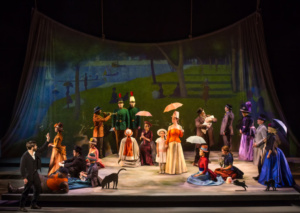 The cast Photo By: Matthew Murphy

In Act 1, Seurat’s complexed preoccupation with his art, has Dot leaving when he can not connect to her, or the child she carries. In Act 2 Seurat’s  descendant George, an artist in his own right (also Gyllenhaal) does art but in a technological way. One of the changes in this version, is there is different musical interludes and the “chromolume” is brought to life. When it does the combination of light, color and music is transformative and if you are like I am, you will burst into tears at the sheer genius of it all. George is losing his connection and Marie, Dot’s surviving daughter (Ashford) and George’s grandmother dies, he goes back to the “La Grand Jatte.” There Dot reinsures him that love and art transcend time. 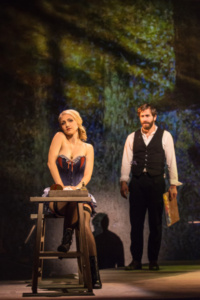 Director Sarna Lapine, James Lapine’s niece, directs this 20 member cast with fluid aplomb. Ms. Lapine should be on everybody’s radar after this.  Lapine’s book is faultless now and Sondheim’s magnificent score reaches even farther into our beings, to transport us to musical heaven. We become the dots in the paintings and just as emerged as George. The 14-member orchestra under music director Chris Fenwick also enchants, thanks to Michael Starobin’s orchestrations. The lighting design by Ken Billington is dazzling. 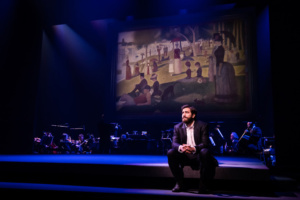 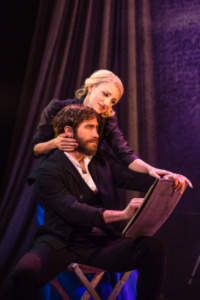 I could see this production every night of it’s run and never tire of its beauty and effect on my soul. This is why I review theatre.