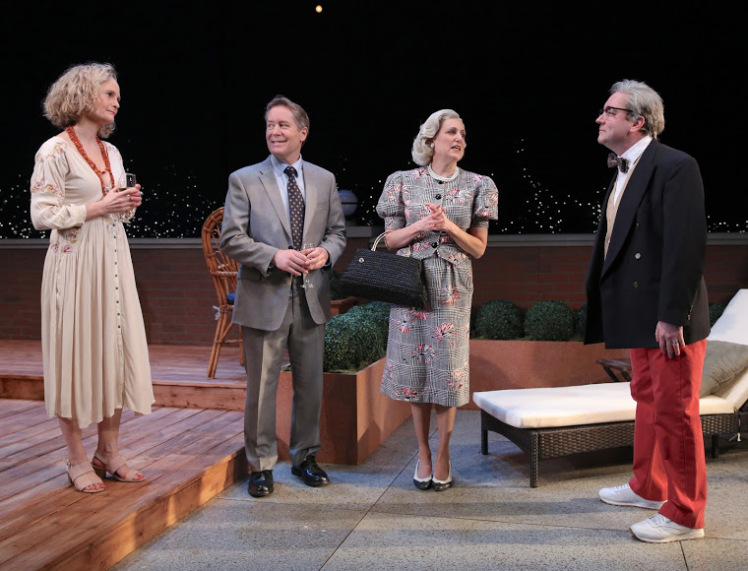 She Says: Later Life, a Show Time has Passed By

She Says: Later Life, a Show Time has Passed By 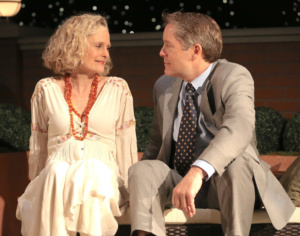 A.R. Gurney’s 1993 play Later Life, at the Clurman Theatre, makes upper-middle-class discontent look passé. The lights by David Lander twinkle in anticipation of something magical, as the set by Steven Kemp keeps things on an earthly plane.

At a party in an apartment overlooking Boston Harbor we meet Austin (Laurence Lau), a Boston banker who, now divorced, is being set up by Sally (Jodie Markell in one of several roles) with Ruth (Barbara Garrick), a woman he met as a serviceman one night in Capri 30-odd years ago. It may have been one night, but Sally remembers Austin because he told her of his fear that something terrible was going to happen to him and she wants to know if it has. The short answer is yes, only he doesn’t see it or know it. 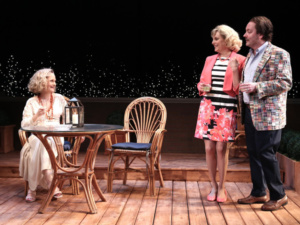 As chemistry and sparks fly, the two keep getting interrupted by an assortment of characters (Liam Craig and Jodie Markell) who enter unannounced as Ruth and Austin are trying to connect. We meet a Route 128 computer nerd, an acerbic lesbian, a Jewish earth mother, a Harvard professor’s widow who is the hostess, and a prematurely retired Brandeis professor who is trying to quit smoking. 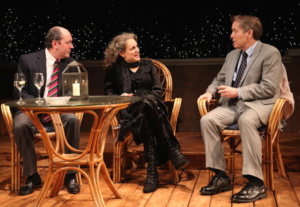 The problem is Ruth and Austin have a chance to be happy, but she is too entrenched in her self-destructive relationship and he is stuck in who he is, and that is the tragedy.

Lau gives us Austin’s perfectly constructed, old world, white bread politeness. He is a cardboard human devoid of emotional attachment. Lau, however, manages to touch us in the final scene. Garrick as Ruth is perky, and though we should think there is a possibility of these two hooking up, they are just so different. Craig and Markell’s portrayals are more like caricatures than real people. I blame this all on the writing, which never seems to say enough or delve too deep.

Director Joel Silverstein keeps the cliché wit and has the show humming along.

Sometimes, time has passed a play by and that is what seems to have happened here.