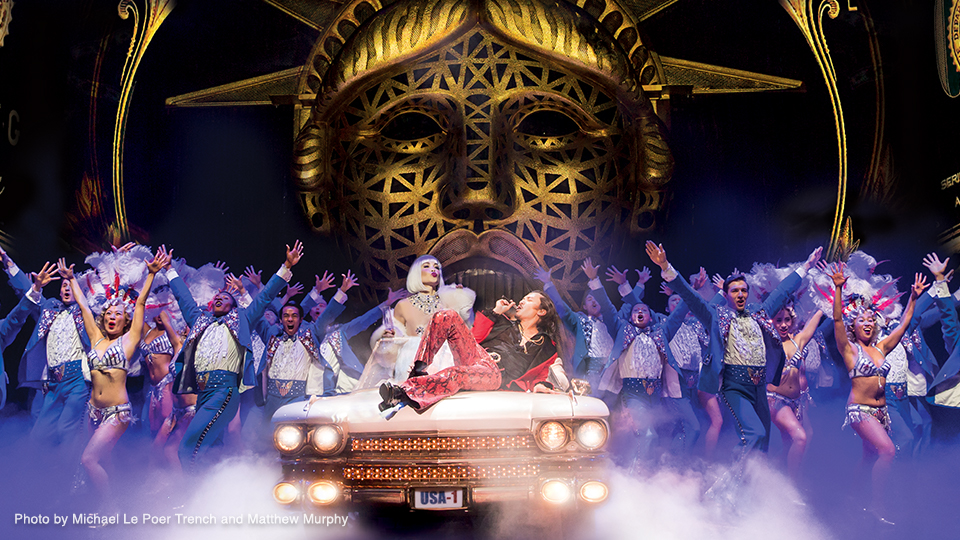 She Says: Miss Saigon Will Not Make America Great Again

She Says: Miss Saigon Will Not Make America Great Again 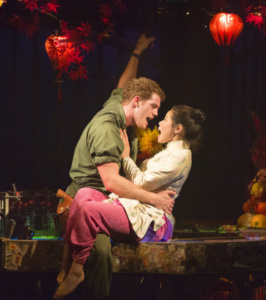 I attended Miss Saigon when it first opened in 2001 and was wowed by the exuberant infectious score, a devilish smarmy performance by Jonathan Pryce, thrilling vocals of Lea Solanga, Liz Callaway and Hinton Battle. The special effects of having a helicopter on stage, was a first. This time as soon as the overture started playing Claude-Michel Schonberg and Alain Boublil’s memorable music, I had that same familiar thrill, then the show started and I could not understand one word, until Chris (Alistair Brammer) sang, unfortunately his acting leaves a lot to be desired. Under Laurence Connor’s direction, Miss Saigon is raunchier than ever, with the Engineer (Jon Jon Briones) now doing coke and the whole first scene looks somewhat like a live porn. Maybe it is the times we are in. 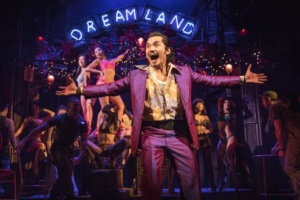 For those who do not know the show American G.I. Chris is brought to a Saigon whorehouse, where a contest of Miss Saigon is going on where Gigi (Rachelle Ann Go), has won. She like most of the people in Saigon, is looking to escape the war-torn capital and go to America. No-one wants out more than the Engineer, a hustler, who has an obsession of how far he can go in the land where dreams come true. When Chris meets the Engineer’s new recruit the very young and innocent Kim (Eva Noblezada), Chris is smitten. The two fall  head over heals in love, but this ill fated love affair has everything going against it. Kim is promised to Thuy (a well sung Devin Ilaw), who is now a North Vietnamese officer. Chris and Kim marry but Kim misses the helicopter, but believes Chris will come back for her. In the meantime; Chris has married Ellen (Katie Rose Clarke). Chris’s friend from Vietnam John (Nicholas Christopher), is seeking to unite Vietnamese children with their American soldier-fathers and guess what Chris is one of them. Kim in order to save her son has killed Thuy. When she learns Chris has remarried, she thinks she has offended the Gods and in order to give Chris his son kills herself. Basically, it is the pop version of  Puccini’s “Madama Butterfly.” 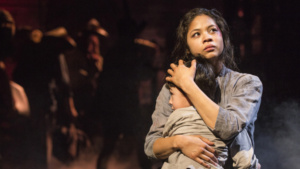 The version seems restructured somehow. Gone is the haunting “Her or Me” or “Now That I’ve Seen Her,” replaced by the generic “Maybe.” “The American Dream” number no longer holds the same kind of thrill, because the kind of throw away song “If You Want to Die in Bed,” is hit out of the park by Mr. Briones and the new orchestrations. Now “American Dream” just seems like an illusion that has been caught and unveiled into gritty realism. Ms. Noblezada’s has a gorgeous voice, but her chemistry with Mr. Brammer lacks the sense of love and betrayal needed to keep us on the edge of our seats. The emotional intensity just seems lacking and Miss Saigon no longer seems epic. 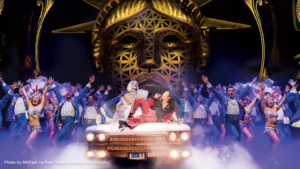 Bob Avian’s choreography lacks the luster the original had and now more bumps and grinds are highlighted. Also gone is the Bob Fosse strut that Pryce slinked across the stage with. The set by Totie Driver & Matt Kinley along with Bruno Poet’s spectacular lighting drop us into the midst of Saigon, the brothels, bars, hotels and hot bed of the country, where the world felt like it was ending.

If you have never seen this show, you will be entertained, but if you saw the original you will be underwhelmed, for the heat is gone in Saigon.

RossDecember 29, 2021
Read More
Scroll for more
Tap
She Says: Wakey, Wakey is Sleep Inducing Except For The Sound Design
She Says: You Almost Expect Mark Ruffalo to Scream Stella in The Price