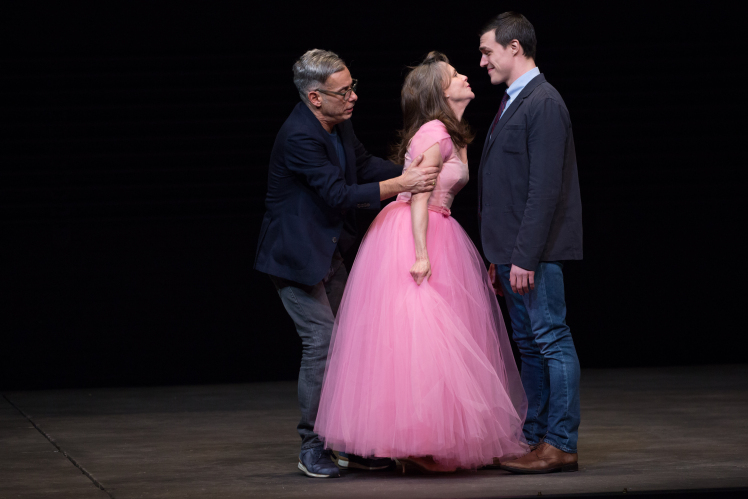 She Says: Nothing Can Save This Glass Menagerie From Shattering

She Says: Nothing Can Save This Glass Menagerie From Shattering 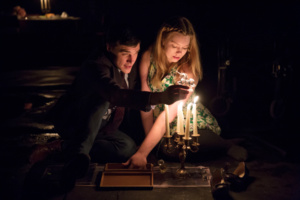 “Blow out your candles Laura,” Laura shakes her head no and Tom pours what looks like a bottle of Vodka to take them out and all I could think was, “if you pour alcohol over a flame doesn’t it combust?” 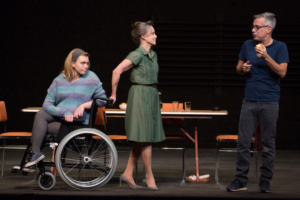 Everything about this production makes no sense. Amanda has made dinner and the lines are about Tom pushing around his food, as Tom eats an apple quite normally. Sam Gold has deconstructed The Glass Menagerie and completely miscast it. He has joined the Ivo Van Hove team where brilliant American writers works are fair game to dismantle and make the directors shine, not the playwright’s or their intent. In this case nothing shimmers. 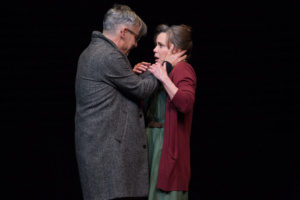 Laura is suppose to be two years older than Tom, yet Joe Mantello is 54 and Madison Ferris is 25. When Mantello starts off Toms speech, I was willing to buy into this no set play. Tennessee Williams words sounded fresh and new. Then Ms. Ferris and Sally Fields enter and gone is Amanda’s Southern Belle charms and what appears is a washer women, who is more nagging than desperate. What comes across is her vast disapproval of her grown-up children, who she sees as not reaching their potiential. Only when she adorns what looks like a Prom dress thrown away by Barbie, that’s seen better days (costume designer Wojciech Dziedzic) as the Gentleman Caller shows up, do we get a hint of the Southern Belle. It comes out of nowhere and suddenly we are in a different play. What Ms. Fields does do is annunciate and it is wonderful to really hear these words, even though the actions belay them. I would love to see her again in another play with another director. 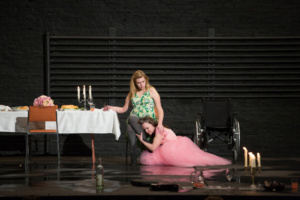 Laura who is written as having a slight limp, now is played by Ms. Ferris who in real life has muscular dystrophy. Where Laura is written as shy, Ms. Ferris is not. She stands up for herself, defiant and not as needy or fragile as Laura is written, thus making the words mislead and lie. As Ms. Ferris navigates from wheel chair to floor we see her discomfort and do not see a girl who when Tom leaves is hopeless. 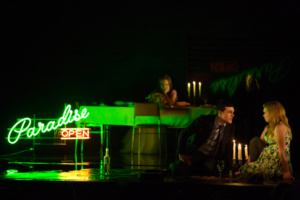 Jim (Finn Wittrock), the “gentleman caller,” is gorgeous and where Mr. Williams writes the subsequent years have been less kind to Jim, it is hard to believe. The scenes with Jim and Laura do illuminate, but again miss the context of what the play was saying.

Joe Mantello is quite good, but he just isn’t Tom. There is no underlying homoerrotic tension and he seems more like a older book worm who has no escape, so when he does leave, it seems like just another threat and not the real thing.

The theatre is freezing and on a night where the temperature is 24 degrees, feeling like 7, not a comfortable evening. Nor is the no intermission, for a show that runs over two hours.  Andrew Lieberman is given credit for this nothing set, with Adam Silverman given credit for house lighting, darkness and candle light.

What it seems like is a lot of ways to cut costs and make a profit. This version is neither poetic or expressive, but boring, miscast and missing to what Tennessee Williams intended. I will keep my memory of other productions.