She Says: one in two Happens With More Than Just AIDS 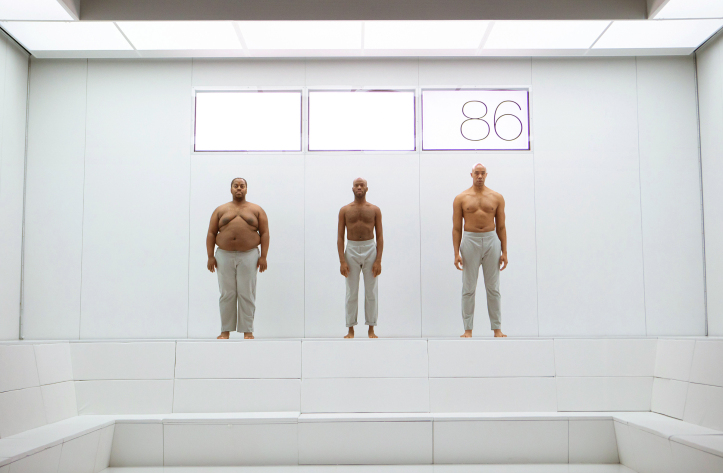 She Says: one in two Happens With More Than Just AIDS

“One in two Black gay and bisexual men will be diagnosed with HIV in their lifetime“. “Think of the level of trauma we go through“, states playwright Donja R. Love in his new play one in two, being done by The New Group. It is Love’s 10th anniversary of being HIV+ and though he states in the play he hates to be reviewed for his life, he has invited us in.

My problem with this play is 1 in 2 people will develop cancer in their lifetime, mostly women. They do not give up, they do not turn to substance abuse or lie to satisfy their own needs, exposing others to their disease. Most of the time they are mothers with children with people who depend on them.

I have several HIV+ friends who yes, got depressed, because at the time they were told it was a death sentence, but they were pro active, took their health seriously and have been healthy for over 30 years. Oh and by the way, do not look like they came out of Angels in America. Race is not always the reason for tragedy.

In one in two, three different men are in what looks like the set from No Exit. They live out the same scenario day to day, as a numerical countdown tells us how many people are either being diagnosed or dying from AIDS. That part was not clear. All three are Black, queer and over this experience, knowing their number is coming up. The three are suppose to be interchangeable, but are they? We do not all think the same way, experience life the same way or deal with trauma the same way.

Edward Mawere, for my performance was #1. He has been diagnosed with the disease and is not taking it well. His mother (Jamyl Dobson) is throughly supportive, but his ex-boyfriend (Leland Fowler) whom he broke up with and uses as a f**k buddy dumps him after saying he would stay. He is negative and does not have the disease. As #1 turns to alcohol, he calls sex partners on his phone and lies to get laid and he refuses to take the medication. He is so self obsessed and negative that it hard to care about him. He doesn’t do one positive action to try and take control of the situation. In the end he is supposed to commit suicide and the audience is blamed that they don’t get a proper ending, when it is interrupted. Seriously, who wants that kind of ending for anybody?

Though the actors attempt a new tale, there are NO positive choices, so the tale will never change until one of these men takes control of their life. It is not up to America, not up to the people around them, it is the one element that anyone sick has and that is they can make a difference in their own lives.

The cast is uniformly excellent.

The set by Arnulfo Maldonado, the lighting by Cha See and the costuming by Andy Jean are all simplistic, but effective.

Being alone is sometimes a choice, pain is a fact of life for everybody and the unfairness this playwright feels is felt by everyone. We are all one in two in some way or another.