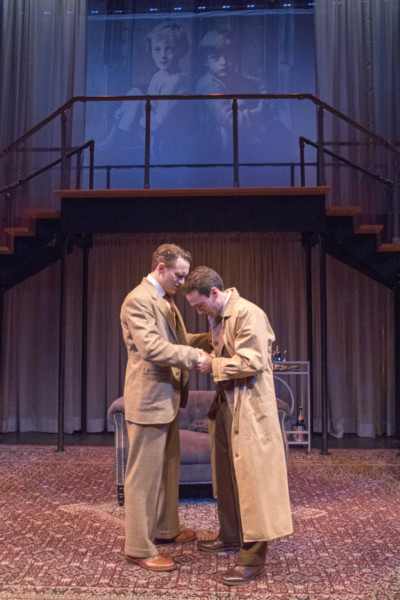 She Says: The Lucky One is Not So Lucky

She Says: The Lucky One is Not So Lucky 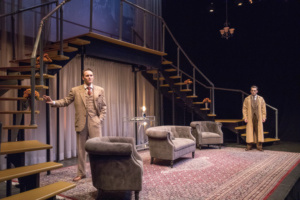 “There may be brothers who don’t mind that sort of thing, but not when you’re born jealous as I was.” Bob. 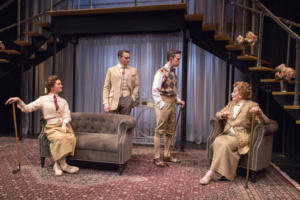 When you think A. A. Milne you think Winnie the Pooh. Being served up by the Mint Theater Company on Theatre Row is Milne’s 1922 play The Lucky One. After seeing this show I am surprised it played on Broadway run for even 40 performances in 1924, for the play seems unfinished.

The play tells the tale of two brothers Bob (Ari Brand) and Gerald (Robert David Grant). Bob the oldest is referred to as “Poor Bob” as he isn’t quite as clever, gifted or as attractive as his younger brother, who is doted upon by everybody, including his parents Sir James Farringdon (Wynn Harmon) and Lady Farringdon (Deanne Lorette). Even the girl Bob loves amela Carey (Paton Ashbrook) is engaged to Gerald, because he never told her of his love for her. The only person who isn’t enamored of Gerald is his great-aunt, Miss Farringdon (Cynthia Harris), She fells sorry for the down on his luck Bob who needs some TLC. Even Bob is bitterly conscious of his shortcomings. In any other family his accomplished would be impressive, but not when compared with Gerald’s.

Bob, having been maneuvered by the family into a city position that he hates and is ill-suited for. Now he is in trouble due to the illegal activities of his partner. Meanwhile Gerald is a rising star in the Foreign Office. The differences between the two could not be more stark. Gerald is appealing, Bob, is not, but in the end Bob wins and Gerald does not.

For most of the show you feel sorry for Bob, until his sarcastic nasty monologue to Gerald is revealed. Once that happens you realize that Bob was a manipulative loser who never saw the friend he had in his own loving brother. 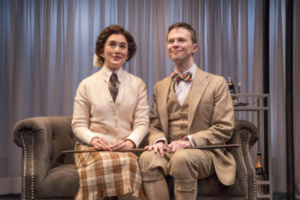 In the Mint Production part of the problem is the casting. Neither Brand or Grant physically fit their roles and it isn’t until the second act that we actually like Gerald. By the end we hate the whiney immature loser known as Bob. Also Ms. Ashbrook is not what we expect. Who we do care about is Thomas Todd (Andrew Fallsize) and the young and Letty Herbert (Mia Hutchinson Shaw) who seem period and understand their cheerful comedic roles. Also the deliciously by Cynthia Harris, who knows just how to handle a role.

It seems like Jesse Marchese just did not have a handle on this production, except for the comedic scenes between the young ingenues. The first act also seemed vastly different than the second act with the later picking up speed, but it also seemed to be missing scenes. The normally fabulous set (Vickie R. Davis) was clunky in the first act and misleading in the second.

The Lucky One is an interesting look at sibling rivalry, but on the whole, this could have been said in 90 minutes instead 2 hours.