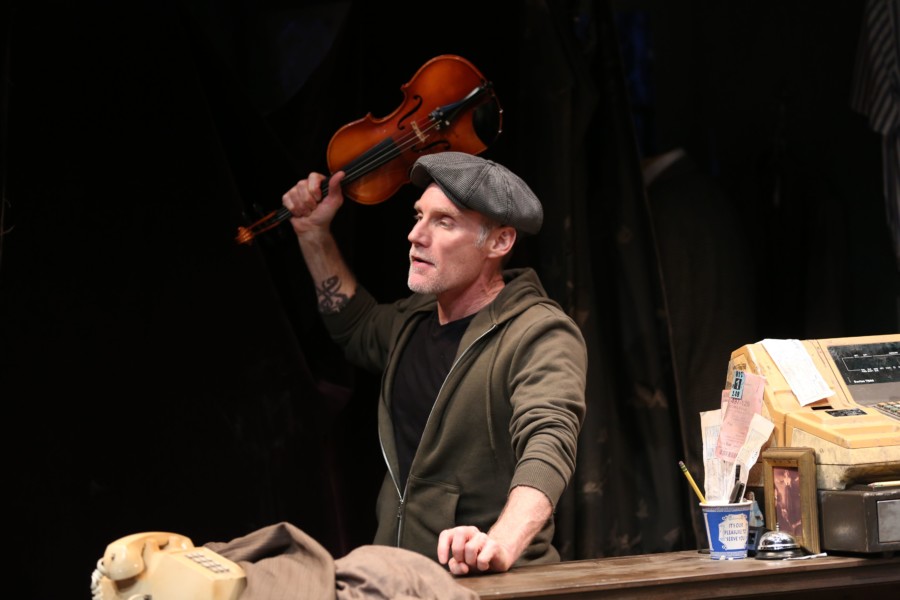 She Says: The Violin Sings For Humanity

She Says: The Violin Sings For Humanity 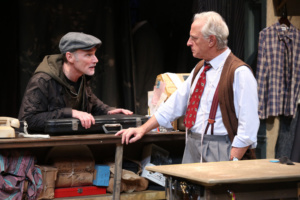 There is something so touching about Dan McCormick’s new drama The Violin at 59E59. Set inside Giovanni’s (Robert LuPone) Avenue A tailor shop, we see a man who has worked his fingers to the bone. He is going blind and deaf, as he is plagued by countless illness of too many days spent trying to make a living and now life has passed him by. Bobby (Peter Bradbury) and his slow of learning brother are trapped doomed to never leave this neighborhood. At a young age their parents were murdered by the mob, leaving a Bobby to take care of Terry. Bobby who loves his brother was not equipped for the job. Both were in a sense raised by Giovanni who has tried to instill in them a sense of family and values. Not so easy when neither is equip to hold a steady job and stealing is so much easier. These boys in a sense are feral. As the play starts Terry has found a 1710 Stradivarius, suddenly there are dreams of getting out of this hell hole to “beaches with palm trees.”Bobby cooks up a scheme to ransom the $4 million violin. In the end lost loves, give way to a better life. 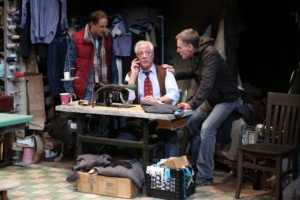 At the heart of this play is Gio. Robert LuPone, instills a past that has almost been erased from New York City. He desperately tries to fix these two young men that can’t be mended. We see in LuPone a by gone era. Bobby who has been burdened for so long has begun to resent his little brother. Peter Bradbury plays that tough guy, who is about to boil over into violence that threatens to land him in jail with perfection. Kevin Isola, rounds out the cast as the not so bright Terry. He doesn’t quite understand that his parents will never return or that stealing a person’s purse and using their phone is wrong.   his disability is explained that he fell out of the top bunk bed. Bobby’s guilt comes from feeling he should have been on the top, but he was a kid. 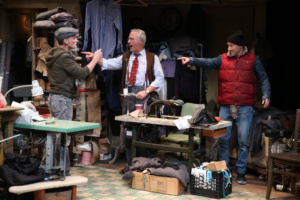 Joseph Discher’s direction is subtle and layered, giving McCormick ‘s words the cadence that sinks into your soul.

In the end I cried over the sweetness of unconditional love, but also of a time gone by. I look forward to seeing where Mr. McCormick goes next.

He Says: The Violin: Failing to Sew Lives Back Together
Catch Maria Friedman in Lenny & Steve: The Music of Bernstein & Sondheim at Feinstein’s/ 54 Below