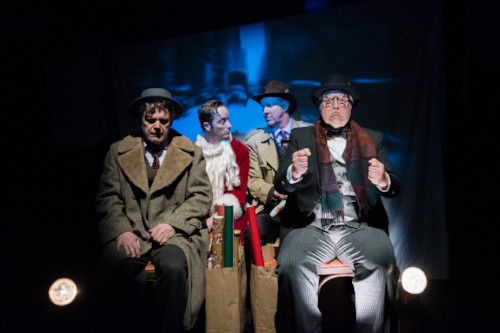 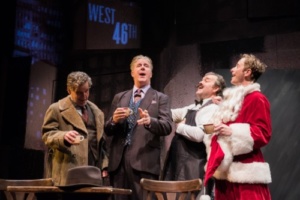 The World Premiere of Three Wise Guys, a new comedy by Scott Alan Evans and Jeffrey Couchman, based on Damon Runyon’s short stories, “Dancing Dan’s Christmas” and “The Three Wise Guys” opened last night at the Beckett Theatre on Theatre Row. This homage to times gone by, is sweet, charming and utterly enjoyable. It is sad to realize that this is TACT’s last show, after 25 years of bringing plays from the past to light, Three Wise Guys showcases’s what TACT did best. For this show the design team of Dan Scully’s exquisite projections, Andrew Gaukel’s inventive puppetry, Jason Ardizzone-West’s clothes line set, with push out windows, David Toser’s period costumes, M.L. Geiger’s intricate lighting, Bart Fasbender’s sound, and original music by Joseph Trapanese, are so well done that they deserve the first shout out. 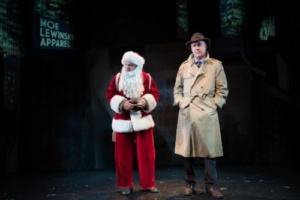 Like the old screwball comedy’s of the 20’s, there are many who will not see this piece as viable, but my guest thanked me afterwards for bring her to something so enjoyable. There is a place for theatre that reminds us of the simplicity of the past. We have been transported back in time to Christmas Eve 1932: Three New York wise guys, are intrenched in their own problems and not especially fond of the season, especially “Blondy’ Swanson” (Karl Kenzler), who misses the doll who got away. They find themselves in Good Time Charley’s speakeasy, where “Dancing’ Dan” ( Jeffrey C. Hawkings) puts on ‘The Dutchman’s” ( Joel Jones) Santa Suit, which turns out to be fate stepping in. As the bootleg liquor flows, the guys agree to band together and take to the road to avoid the the people who would rather see them dead than alive especially a notorious racketeer, Heine Schmitz (John Plumpis). 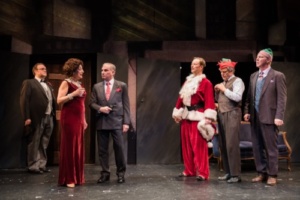 They are detoured to a mansion on Long Island by Myrton (Ron McClary), where Muriel is dancing (Victoria Mack), Bitsy (Dana Smith-Croll) is hosting and Heine shows up. 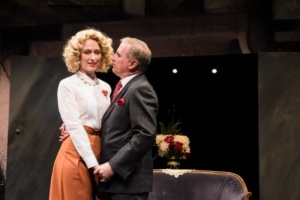 They follow a shining star to where the loot has been hidden in a barn, but fate steps in again and the three wise men end up doing the right thing. Miracles after all happen underneath our noses. 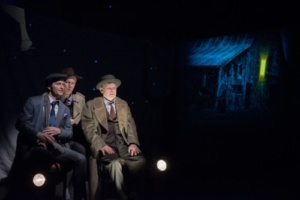 The cast talks like Guys and Dolls or as my friend David says… Runyonesq. They are all deliciously wonderful, as they take on multiple roles.

Scott Alan Evans directs this piece with whimsy and delight.

it was nice to visit Three Wise Guys and that era that has long passed. TACT you will be missed, as much as the simplicity of what once was.