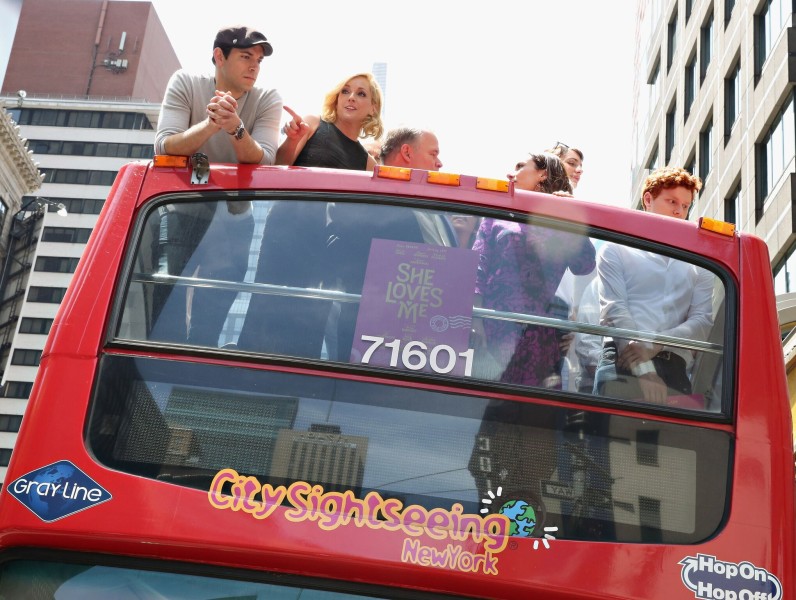 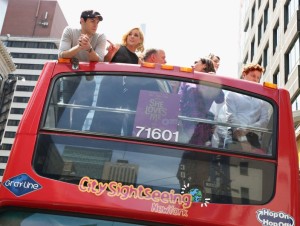 The Cast of She Loves Me

The Commissioner of the NYC Mayor’s Office of Media and Entertainment, Julie Menin, will read a letter from the mayor transforming 53rd Street (between Broadway and Eighth Avenue) to “Harnick and Bock Way” today in a ceremony at 12:30 PM. Both the current Broadway revivals of Fiddler on the Roof at the Broadway Theatre and She Loves Me at Studio 54 share stage-door exits on West 53rd Street. 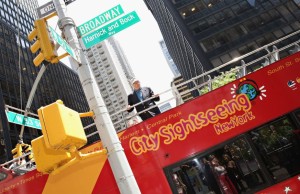 The Ride of Fame™, a continuing worldwide series of mobile monuments dedicated to public figures highlighting and promoting their respective cities with their business and personal endeavors now in its sixth year, will induct Sheldon Harnick and his composing partner Jerry Bock (posthumously) into its prestigious alumni with a permanent double decker bus he can call his very own. 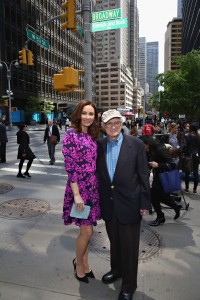 Each honoree is bestowed with a double-decker bus designated with a permanent “Immortal,” “IT” and “imminent” classification artwork, and a personal seat to be scribed with a message from the honoree to the world.  In addition to a seat for Sheldon, there will be a seat to remember Jerry Bock, to be scribed by the Bock Estate. 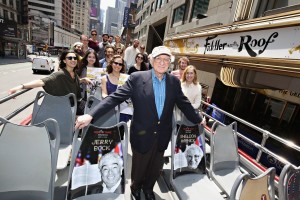 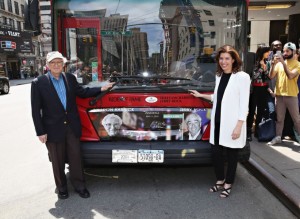 Sheldon Harnick and head of the ride of fame

The Commissioner of the NYC Mayor’s Office of Media and Entertainment, Julie Menin, will be in attendance with a proclamation transforming W. 53rd St. (between Broadway and Eighth Avenue) to “Harnick and Bock Way” as both Fiddler on the Roof and She Loves Me share W. 53rd St. as their “Stage Door” exits.

Casts from Harnick & Bock’s Tony® nominated shows, Fiddler on the Roof and She Loves Me, will be on hand to join in the festivities at the corner of 53rd St. and Broadway, New York, NY