Six The Musical – Bow Down to the Queens of Six 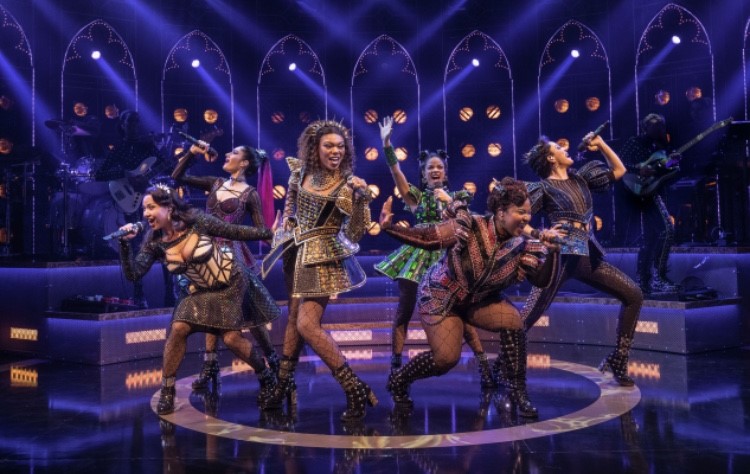 Six The Musical – Bow Down to the Queens of Six

The second hottest fire to burn through Chicago since 1871 was last night, center stage at the CIBC Theatre, and is now playing there for the next four months. The powerful queens of Six are back, celebrating their collective coronation Broadway in Chicago royal debut. Electrifying, energetic, enigmatic, sexy, sassy and cheeky, this show is 90 minutes of celebration through song. No boring or dry history lesson, these bold performers are here to slay. Six powerful vocalists who educate and empower. From the first moment these women take to the stage, a ravenous audience was ready to devour. “Divorced, beheaded, died. Divorced, beheaded, survived.” Let the thunderous applause began.

Six the Musical gained both worldwide recognition and momentum during the Covid-19 shutdown due to a popular streaming cast recording and dozens of YouTube videos. Some official, some not. The most popular, the Official London Theatre’s Six The Musical – Worldwide Cast performing Ex-Wives/Six with Queendom featuring performances from dozens of members of the original West End, Australian, Broadway and UK Tour casts, edited together with clips of hundreds of fans. This video has almost five hundred thousands views as of this writing. Everyone is ready with anticipation to experience this live. 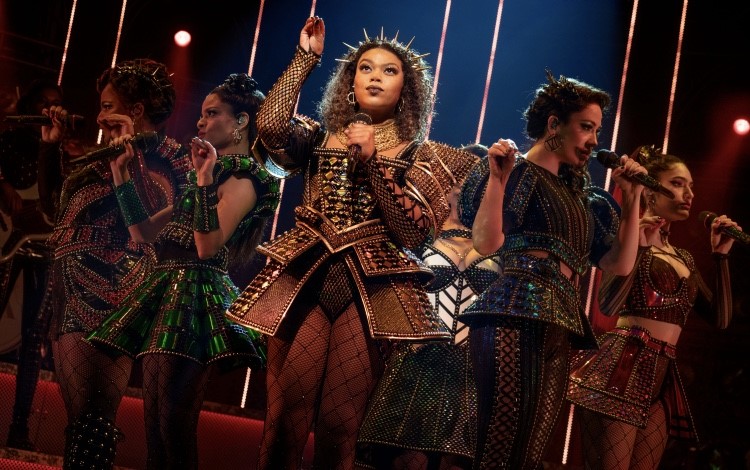 Originally written by Toby Marlow and Lucy Moss while they were both studying at Cambridge University, Six first premiered at the Edinburgh Fringe Festival in 2017. It was the Chicago Shakespeare Theatre that first introduced this production to the United States in 2019. This in demand debut broke existing box office records and was the hottest ticket in Chicagoland that summer. All six of the actresses, Adrianna Hicks, Andrea Macasaet, Abby Mueller, Brittney Mack, Samantha Pauly and Anna Uzele, went on to play the same roles on Broadway. It should be noted, the Broadway production was set to officially open March 12, 2020, the same day all of Broadway shut down because of the pandemic. Two years later, Six is now debuting the “Aragon Tour” here in the Windy City. 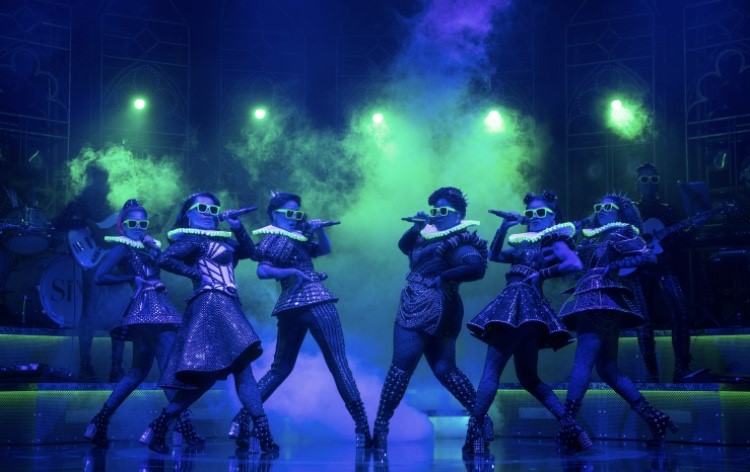 This highly entertaining and empowering new musical’s unique take on history has received world-wide recognition and has generated a new legion of fans with the apt moniker “The Queendom”. The purple carpet opening night spotted many a fan in full character cosplay. Sincerely, all in attendance were amped, ready to celebrate. 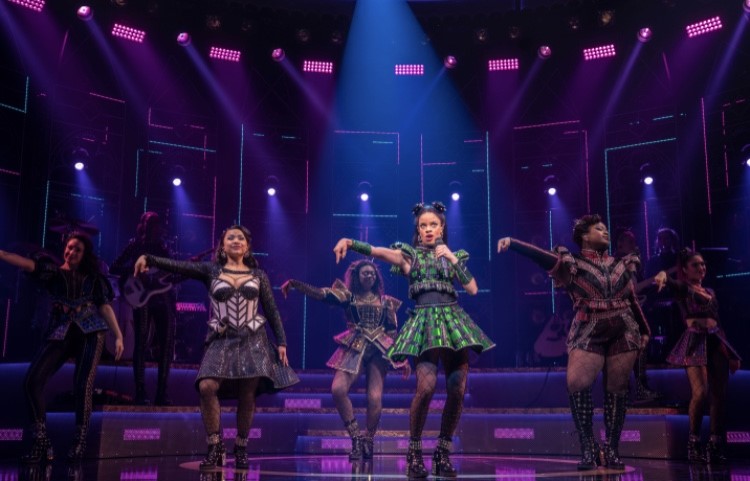 The show itself is an American Idol inspired vocal competition between the half-dozen wives of Henry Vlll. Each queen telling her side of the story, squarely from her point of view. Something that has been lost throughout history, or make that “herstory”. The contest winner would then be elected by audience applause as to who actually had it the worst being one of Henry’s brides. No monotonous history lesson, each queen loosely based on a contemporary pop diva. First wife, Catherine of Aragon (Khaila Wilcoxon) is a bold Beyonce wannabe getting her ladies in “Reformation.” Sexy and saucy Anne Boleyn (Storm Lever) a JLo-like vain, self-promoting, scene stealer. The Celine Dion meets Adele power ballad belter, Jane Seymour (Jasmine Forsberg) plays the “only one he truly loved”. “RUDE!” 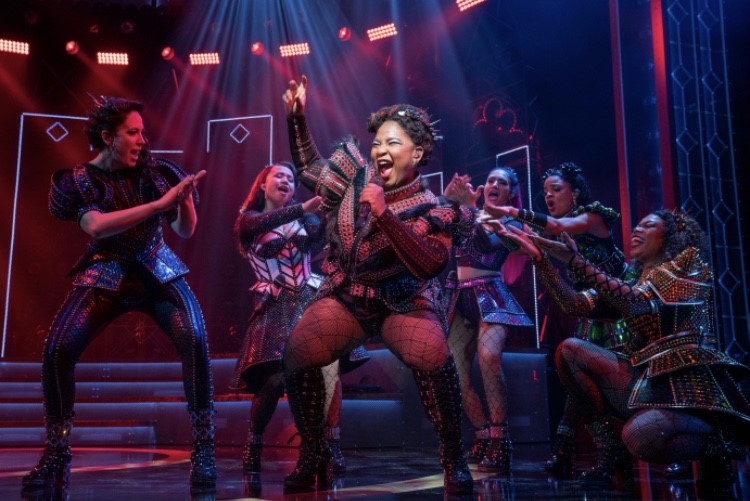 Brazen Anna of Cleves (Olivia Donalson) a Nikki Minaj meets Cardi B monarch with her own money, mind and point of view. Katherine Howard (Didi Romero) ponytail borrowed straight off the head of reigning pop princess Ariana Grande, and facing the real world victimization of tabloid and pop-chart star, Britney Spears. Finally, the level-headed Catherine Parr (Gabriela Carrillo) a self-assured, self actualized, Alicia Keys type. Each woman having the opportunity to sing a solo tailored to her own unique yet soaring vocals. It is a sextet of lead singers, each commanding the stage and more importantly, the narrative. Every original song a toe-tapping banger and potential (fingers crossed) Grammy and Tony Award-winner. Nominations are all but guaranteed. 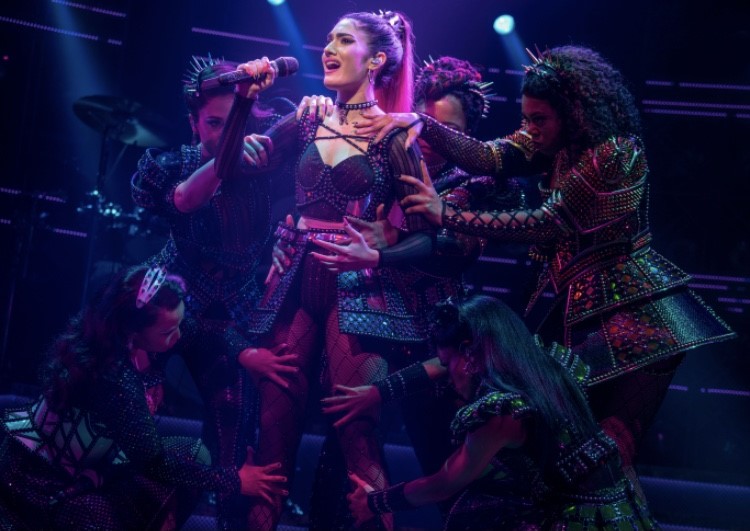 Not only are the show’s central six all female performers, so are their musicians, known affectionately here as “The Ladies in Waiting”. Jo Ann Daugherty is the conductor and pianist, Janetta Goines plays bass, Rose Laguana on guitar and drummer Paige Durr supply the addictive rhythms and pulsing heartbeat of this show’s soundtrack. Blending a traditional pop concert feel with a genuine theatrical production, this historically accurate romp is, simply put, THE show to see. 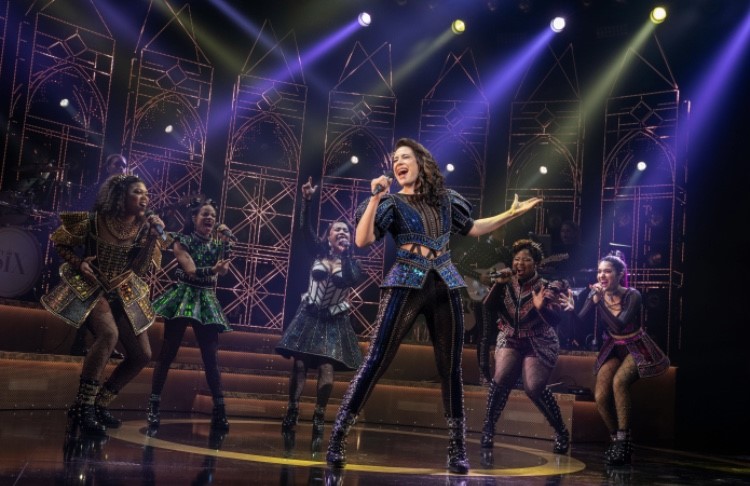 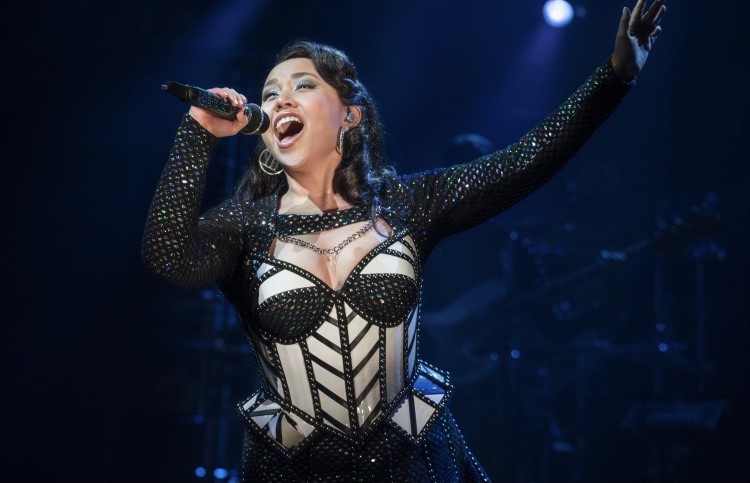 I was able to speak with show co-creator Toby Marlow briefly at the show’s conclusion on opening night. Marlow was absolutely thrilled by the Windy City’s audience’s reception. Marlow’s creative partner, Lucy Moss, wasn’t able to attend the “Royal Opening Night” as she is currently directing a production of Legally Blonde in London at the Regent’s Park Open Air. Directed by Lucy Moss & Jamie Armitage, it is of note Moss is now the youngest women ever to direct a musical on Broadway. Breaking glass ceilings on stage and off, Six the Musical is a breath of fresh air right in time for spring in Chicago. My royal decree, get thee to the CIBC Theatre immediately! Six is too hot to miss! 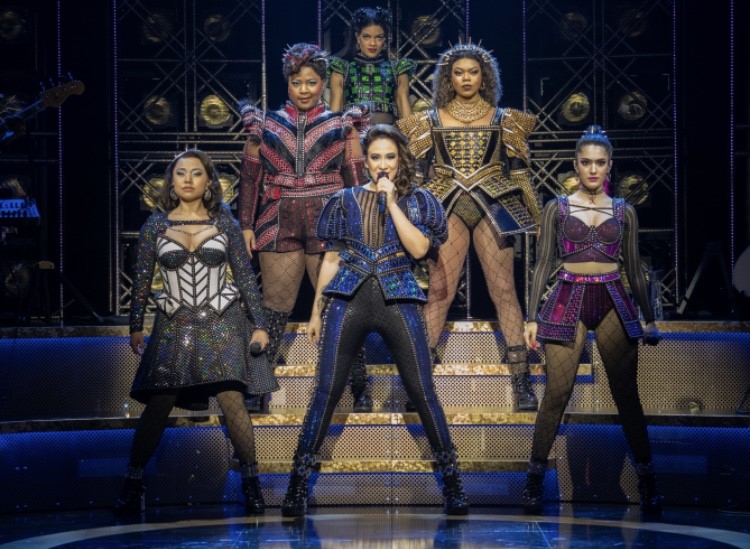 Broadway in Chicago presents Six The Musical is now playing at the CIBC Theatre through July 3, 2022. The Royal Opening Night was April 12, 2022. 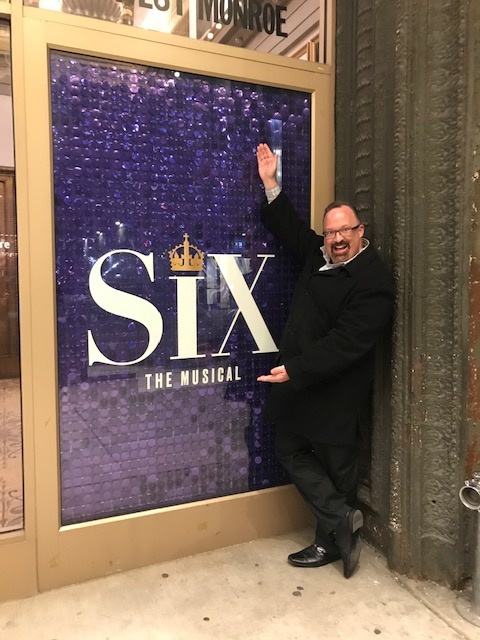