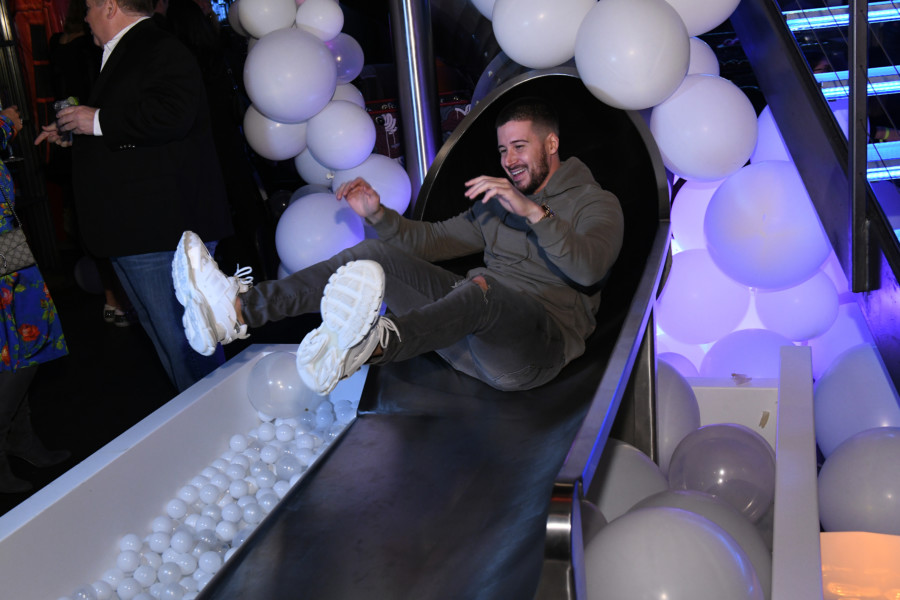 Last night hotspot Slate celebrated its 20th anniversary on 2/20/20 with an incredible party that was the talk of the town.

Contortionists, Fire Eaters, Stilt Walkers, Electro-Robots and Drag Queens performed to the delight of the crowd as the Lure Group CEO and Slate’s owner Aristotle Hatzigeorgiou was on hand to toast the momentous occasion.

Partygoers delighted in creative cocktails crafted by Liquid Lab NYC and an over the top spread of Slate signature dishes from Executive Chef Darryl Harmon. DJ Chuckie took to the stage to cap off the night with an epic set, which went till 2 in the morning.

Slate is a massive 16,000 square foot adult playground, which boasts three bowling lanes, private event spaces on multiple levels, a private karaoke room, a BYOB (Be Your Own Bartender) pouring station with 20 adult beverages on tap and a 20-foot slide to get partygoers from the top floor to the ground below without having to lift a foot.  That’s in addition to having an arcade, ping pong and pool tables, Skee-Ball, pinball and an 8-player foosball table. Slate also has 100 HD-TV’s in addition to multiple video walls accompanied by a Funktion 1 sound system.