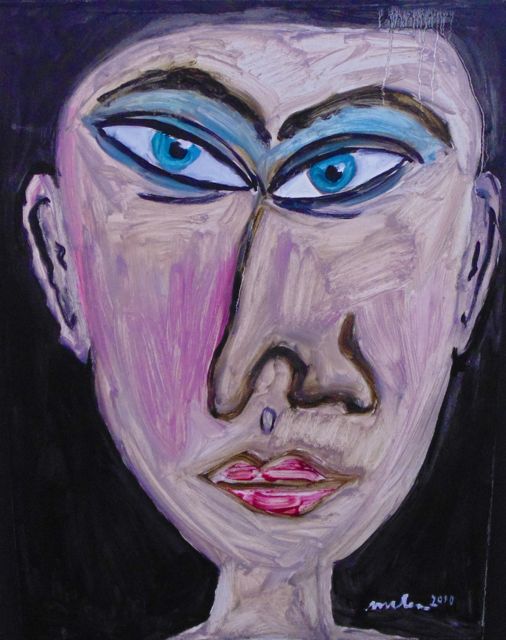 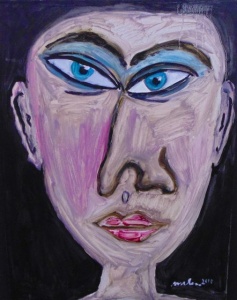 Bold colors, strong lines and character faces with a touch of distortion in their features.  This is what the inspired art of Smokey Miles offers you. He sketches and paints as he sees life- a little skewed with a lot of humor! 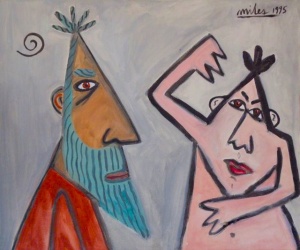 Smokey, born Robert Miles (http://www.face.book.com/smokeymiles) is a graduate of Princeton University where he majored in a special program within the creative arts department: Art and Archaeology. He also studied art at The Art Students League, School of Visual Arts, Printmaking Workshop and Santa Monica College. He has had several gallery shows and illustrations published in books and magazines including High Times and Boulevard. 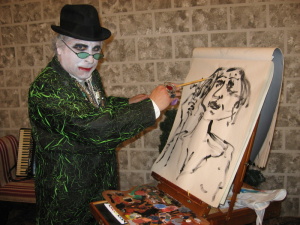 Twenty-one of his paintings and sketches were selected for inclusion in the Venice local neighborhood “Trunk Gallery”, (www.trunkgallery.org), for a special exhibition with works by twenty other different artists including Leebs, (Lee Ann Goya, an awesome Venice artist: http://www.leebsgoya.com), Von Paul, (who created beautiful mandalas that he draws and sells in local coffeehouses to make his living: https://www.facebook.com/ArtistVonPaul), and Raven Burnes, (an up-and-coming artist who featured some of her paintings and sculpture http://ravensfineart.wordpress.com/sculptures/). 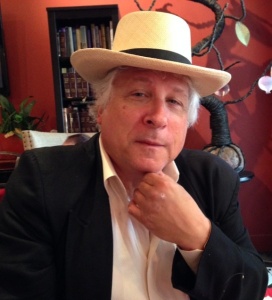 The show was called “21 Hours of 21 Artists”, since it was originally scheduled for 3 days only – but it got extended through a second weekend. The idea was to bring lots of varied work together with most of it being affordable.  The show was hung salon style to accommodate the number of pieces”, said enthusiastic Trunk Gallery owner Ann Perich who also displayed pieces brought back from her travels in Bali and Italy. Homemade cookies and a warm atmosphere welcomed art lovers for this exciting event.

Smokey Miles is not your average artist.  He is an exceptional musician as well. The opening and closing night events were peppered with spontaneous mean guitar jams and accordion sing-a-longs with infamous guests like Magic Castle magician Bill Perron, actress Joycelyne Lew, and actress/director Yeva Lavlinski attending.   But be careful about what you chat and laugh about with Smokey- he may compose it into an original song on the spot and treat you to a private serenade.  Perhaps you’ve met his infamous alter- ego, Count Smokula –   a 496 year-old character that hails from Smokesylvania and occasionally sports a four-inch tongue! Look out ladies- he may blend your gloss color with a red-lipsticked kiss on your lips!  But don’t let the white face fool you- the talent behind his cape flows like the air out of his accordion. (http://www.countsmokula.com)

Also an accomplished actor, Smokey has appeared on film, TV and stage. He portrayed Bob Dylan in “Dylan: Words & Music” and can be seen playing accordion in Dylan’s music video “It Must Be Santa”. He also plays the lead role of Walter Tepes in the web series “The Vamps Next Door”, and as Count Smokula in Rena Riffel’s “Trasharella:Ultra-Vixen”, as well as in numerous Troma and other  independent films, for which he also composed and produced songs.

Ms. Perich says that “the trunk gallery is going through a metamorphosis of sorts… adding artist studio spaces within the gallery and renting them out to local artists” before the next exhibition. Based on the success of “21 Hours by 21 Artists”, it proves to be another welcome addition to the local Venice art scene. 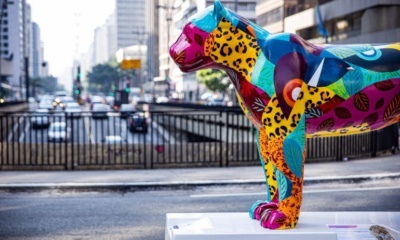