Snow White Under Company XIV Gets A Sensually Fetish Take

Snow White Under Company XIV Gets A Sensually Fetish Take 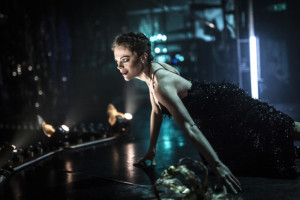 “Who’s the fairest of us all?” 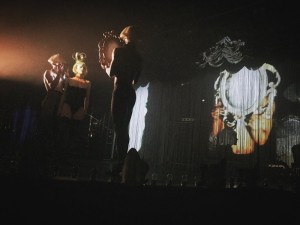 When entering the Minetta Lane Theatre, you are hit with a erotic waft of incense that blurs your senses into feeling like you stepped into a baroque brothel, where it’s inhabitants come to worship. If you have never seen Austin McCormick’s burlesque dance-theater troupe Company XIV, you are in for a sensual treat. Their newest show Snow White is the third production of the company’s 2015-2016 season. Founding member Laura Careless, leaves behind her ingenue role for the Queen, who is controlled by her desires. Playing Snow White, is newcomer Hilly Bodin, who will remind you of Zizi Jeanmaire. The Queen here is driven by extreme jealousy and an appetite that is insatiable. Without being the fairest she can not command the court to her will. Snow White, is naive, vain, sensuous and wanting to try everything new, which leads to several near deaths. The score to the show is Marais, Bach, Mozart, Debussy, Spanish dance music, Tove Lo and Britney Spears’ “Toxic” all sung by the remarkable aerialist and soprano Marcy Richardson. The entire troupe does exquisite ballet, cirque du Soleil acrobatics and sings like larks. 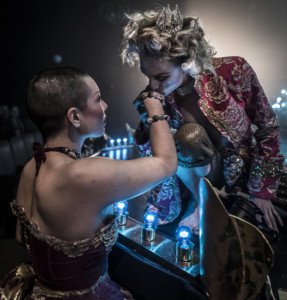 The costumes are extravagant fantasy’s of a wet dream that is arousing in it’s choices, as are the props that are done to perfection both by Zane Pihlstrom. McCormick has conceived, choreographed and directed this stimulating show which attempts to leave your senses saturated. For this version the mirror is projections are via lighting designer Jeanette Oi-Suk Yew, who has several surprises up her sleeves. 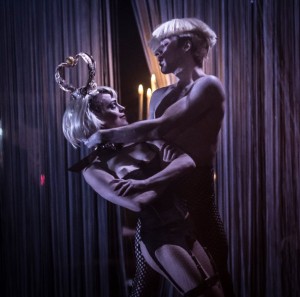 The show is narrated in German by the lushly beautiful Lea Helle, who throws in an English as a lark. 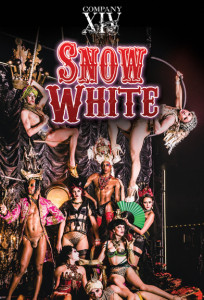 The dwarves are tiny cut-out puppets done as antique puppets in a time forgotten miniature stage. Mexican skeletons perform flamenco, the ensemble dances with mannequins, aerial tricks lead to the Prince ( Courtney Giannone) on a Cyr wheel spinning for Snow White’s love, lifting her to higher heights as they spin together in a wining combination. 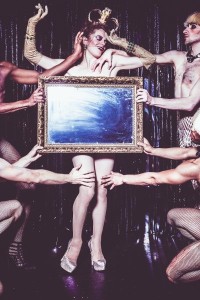 Magda KatzJune 9, 2021
Read More
Sojourners A Character Study of Elevating Your Life
My View: It’s 11 o’clock – Do You Know Where Carole J. Bufford Is?