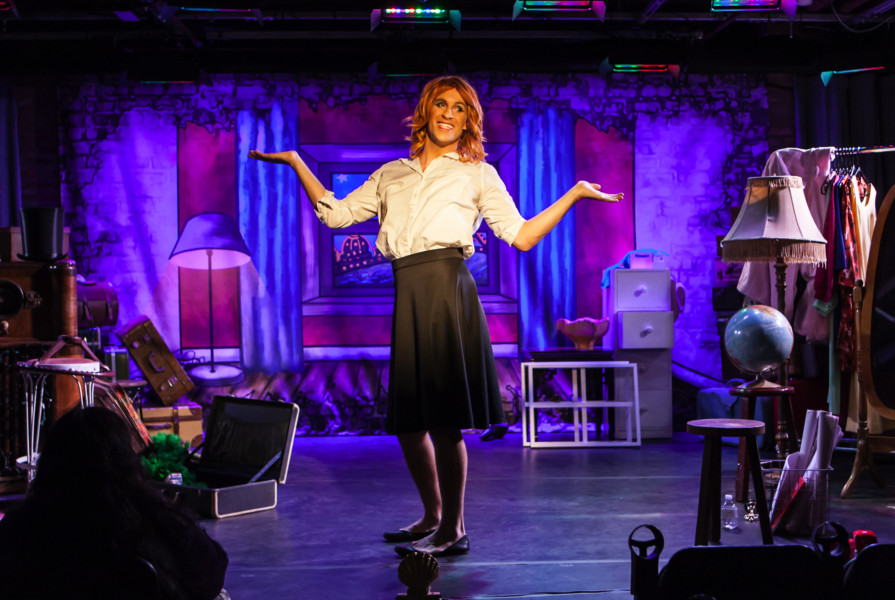 From the producers of Oh, Hello On (off) Broadway comes a ridiculous and enjoyable spoof, So Long Boulder City. The parody of Mia Dolan’s one-woman show in La La Land is co-written by Jimmy Fowlie and Jordan Black, who also directs. It is unpredictable and mostly funny.

Jimmy Fowlie portrays Mia Dolan as a perky teenage-esque girl as she tells the story of how and perhaps why she leaves Boulder City to pursue an acting career.  Her journey from a small town to college to Los Angeles is typical and relatable, and it’s complete with oddball family members, poignant quips, and over confidence that often accompanies one-person shows.

While the parody is enjoyable, it’s hard to watch a talented actor like Jimmy Fowlie wait for cheap laughs from his audience – unless that’s the point, in which case he is brilliant. The script is sharp and witty in most places and the story moves quickly until we get to a few unbearably funny costume changes. Jimmy Fowlie has such an entertaining sense of physical movement. He takes his time keeping us on the hook, and it’s painful in the most delightful way. The Electric Slide choreography with the invisible Sebastian was absolutely hilarious, and I appreciated the shout out to the Dirty Dancing lift, which Stone and Gosling do together in Crazy, Stupid Love. 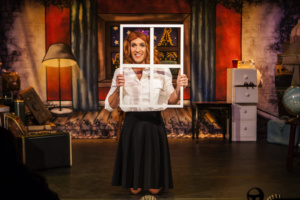 Jimmy Fowlie as Mia Dolan in So Long Boulder City

For me, the most entertaining moments call out flaws in La La Land. It strengthens the parody and the ridiculous elements of the story – for example the poorly matched boyfriend and getting into the heavily secured observatory at night.

The design elements are all lovely and cohesive.  It feels like a lot of stuff for a one-person show: Diggle’s scenic design clutters the stage with several objects that are never touched or used, Sarah Lurie’s lighting is dramatic and over the top, and the sound design by M.L. Dogg is too loud, too eclectic, too much. However, it is the too-muchness of the show that makes it work – so while I cannot say it is the funniest show I’ve ever seen, I can say it is incredibly well done.