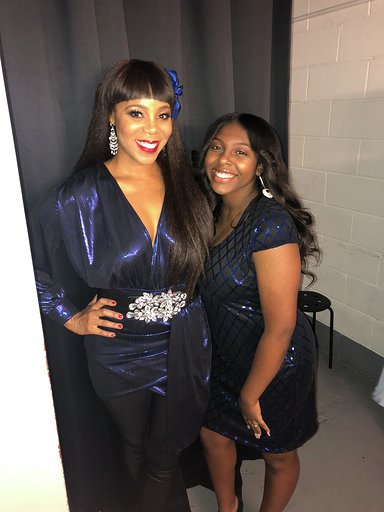 Soara-Joye Ross mentored Jaci Ann Colman as part of The Broadway Buddy Program. This is the performance of “I Still Believe” from Miss Saigon. Terri Gorgone, music supervisor and accompanist.

Vanguard Theater Company’s Broadway Buddy Program is an outreach program designed to offer emerging musical theater artists (ages 12 – 20) a unique opportunity for one-on-one mentorship with some of Broadway’s most accomplished and rising performers. The program gives youth and young adults the opportunity to develop supportive relationships with Broadway professionals who serve as advocates and artistic coaches, culminating in a one night only, star studded cabaret!

Jaci Ann Colman is Ms. Ross’s mentee. Hailing from Newark, New Jersey, she is very excited to be a part of Broadway Buddy. She was recently featured in Vanguard’s production of Children’s Letters to God. Recent credits include Hairspray (Lil Inez) at UCPAC, Annie (Annie) at NJPAC, Into the Woods (Witch) at Summerstock VTC, and Surely Goodness and Mercy at NJPAC. Jaci Ann is also an All Star Cheerleader with the Candy Elite All-Stars of Newark, New Jersey, and the Central High School Cheerleading Squad. Jaci dedicates her performance to her mom, Sharonda A. Scroggins and grandfather Ronald Snead Sr.