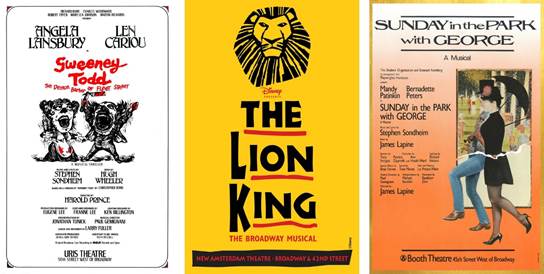 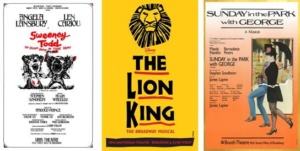 In celebration of the Tony Awards, Sofitel New York today unveiled a transformation of its lobby into the Fraver Art Gallery. Through June 30, theatergoers and art lovers alike can view works by theater poster legend Frank “Fraver” Verlizzo.

As the Official Hotel Partner for the 2018 Tony Awards, Sofitel New York curated 36 of Fraver’s most iconic posters to display in the gallery – all of which were designed for Tony Award-winning and/or -nominated productions on Broadway. Selecting the works was no small feat as Fraver has created over 300 pieces for Broadway, Off-Broadway, regional and international productions throughout his career.

“Through the Fraver Art Gallery we have a unique opportunity to honor one of the industry’s greatest talents,” said Marie-Paule Nowlis, Hotel Manager of Sofitel New York. “We encourage guests, local residents and visitors to New York City to come and see these iconic works by a man who has undeniably helped shape the face of theater.”

Displayed works are accompanied by anecdotes from Fraver, allowing guests to connect with the artist on a more personal level. These include Sunday in the Park with George, which was recognized for Best Scenic Design and Best Lighting in 1984, in addition to being nominated in nine other categories that year; Sweeney Todd, winner in eight categories at the 33rdAnnual Tony Awards in 1979, including Best Musical, Best Performance by a Leading Actor in a Musical and Best Performance by a Leading Actress in a Musical; and The Lion King, 1998’s Best Musical, which also took home wins for Best Costume Design, Best Choreography and Best Lighting Design, as well as nominations in five other categories.

“What better way to celebrate the 72nd Annual Tony Awards, then with such an inspirational exhibition of Fraver’s most inspired work,” said Charlotte St. Martin, President of The Broadway League and Heather Hitchens, President and CEO of the American Theater Wing. “We are thankful to Sofitel New York for giving theater fans the opportunity to enjoy our Tony history!”

The Fraver Art Gallery opens just weeks before the launch of Fraver’s book, Fraver by Design – a celebration of Fraver’s award-winning artwork spanning five decades in the industry. Among 250 of his theater poster designs, the monograph collection will feature an additional 40 unpublished, never-before-seen poster sketches for some of Broadway’s favorite shows. Anecdotes from Fraver’s career will also be found in the book, along with commentary from 22 theater glitterati, including Bernadette Peters, Dean Pitchford, Ted Chapin, Judy Kaye, Liz Callaway and Jack Viertel.

The Tony Awards, presented by The Broadway League and the American Theater Wing, will air live from Radio City Music Hall on CBS on Sunday, June 10.

Suzanna BowlingJanuary 19, 2023
Read More
Scroll for more
Tap
He Says Mlina’s Tale The Lyrical and Disturbing Tale of the Tusk
Sarah Utterback of Grey’s Anatomy and Jessica Pimentel of Orange Is the New Black Join the New York Premiere of Surfer Girl