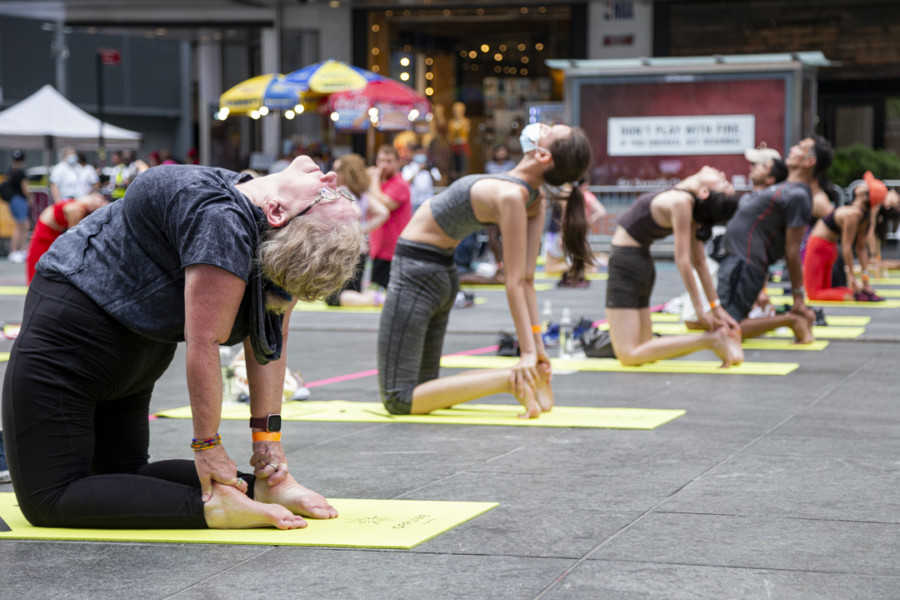 For 20 years, yogis have come to Times Square to participate in an annual all-day outdoor yoga event to celebrate the Summer Solstice. On June 21, 2003, three people did yoga at sunrise in Times Square – two became the co-founders of Solstice in Times Square: Mind over Madness Yoga. Over the past 20 years this single event has grown to welcome thousands of yogis taking multiple classes throughout the day and filling one of the busiest intersections in the world with peace and calm. 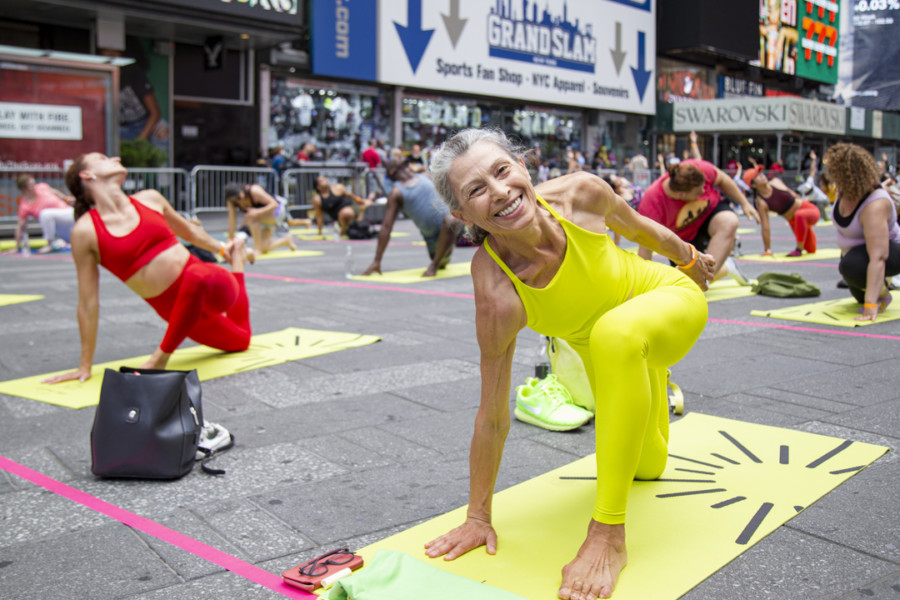 This year, Solstice in Times Square: Mind Over Madness Yoga, presented by Alpha Girl Club – takes place on Tuesday, June 21st from 7:30 a.m. to 8:30 p.m. at the intersection of Broadway and 7th Avenue between 44th & 48th Streets. Media Check-In will be located on the northeast corner of the Broadway Plaza at 45th Street and 7th Avenue. 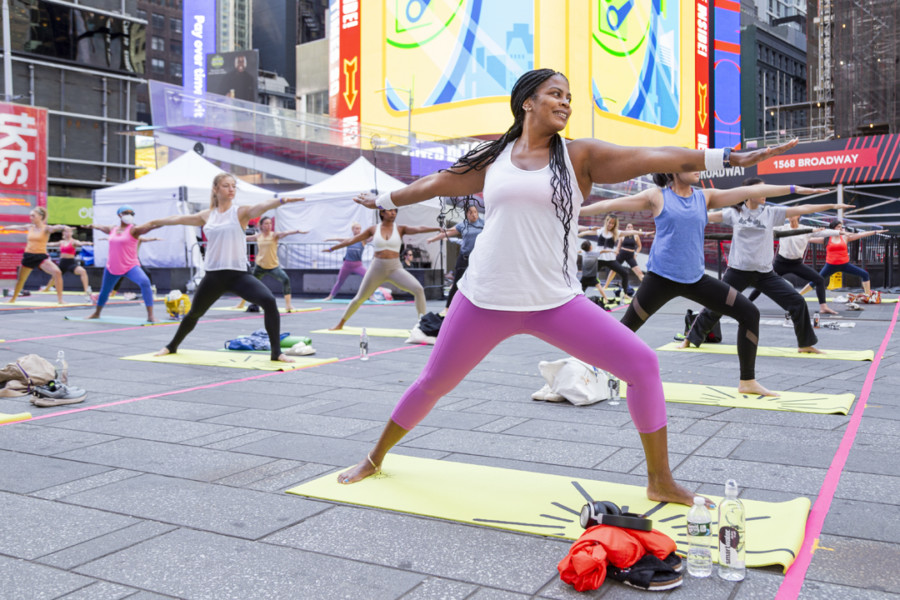 Registrations can be made for an in-person classes here: TSQ.org/Solstice. 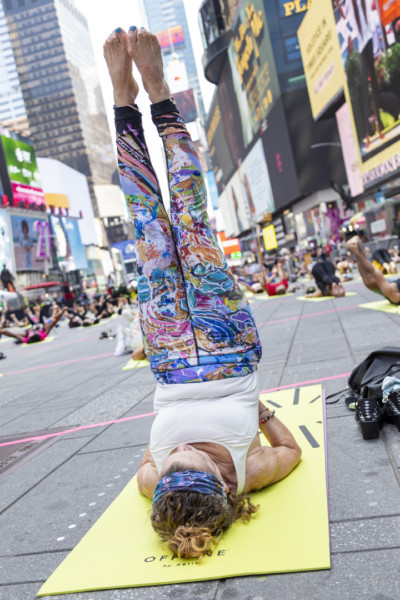 “Having just welcomed over 400,000 people in one day for the first time since the pandemic, it is time for us to celebrate the sun and the summer season to come,” said Tom Harris, President of the Times Square Alliance. “We look forward to welcoming yogis from all over the country to find peace in the, once again, busiest place on the planet, and encourage them to stay in our hotels, eat in our restaurants, and enjoy a Broadway show.”

“20 years of practicing yoga in Times Square on the Summer Solstice points to the strong roots of commitment, steadiness in the face of challenges, ease as useless patterns fall away and the joy that comes from sharing Light,” said Douglass Stewart, Solstice in Times Square Co-founder.

“In the 20 years since this event began, both New York and the world at large have been through several cycles of darkness and light,” said Tim Tompkins, Solstice in Times Square Co-founder. “Let us peacefully celebrate light and love through the solstice ritual on what is, in this part of the planet, the brightest day of year.”

“Alpha Girl Club is thrilled to be partnering with the Time Square Alliance for this year’s Summer Solstice event. We believe everyone has a place for wellness within their lives and this event is a great way for people to integrate wellness more deeply while surrounding and connecting with like-minded individuals,” said Charles Koh, Co-founder, Alpha Girl Club.

Participants will have the opportunity to join one of seven free yoga sessions throughout the day on June 21st and visit the Yoga Village between 44th and 45th Streets, which will feature booths, giveaways, and activities. The Alliance has partnered with sponsors that include Alpha Girl Club, Consulate General of India, New York, Gaiam, HEX Performance, Neutrogena, NFT.NYC, Outside Magazine, and smartwater.

All classes will also be streamed live at www.TSQ.org/Solstice via YouTube and on the Times Square Facebook Page so that anyone who wants to can participate from home.

Situated at the intersection of Broadway and 7th Avenue between 44th and 48th Streets, the yoga sessions will include:

Register  via the Eventbrite page.