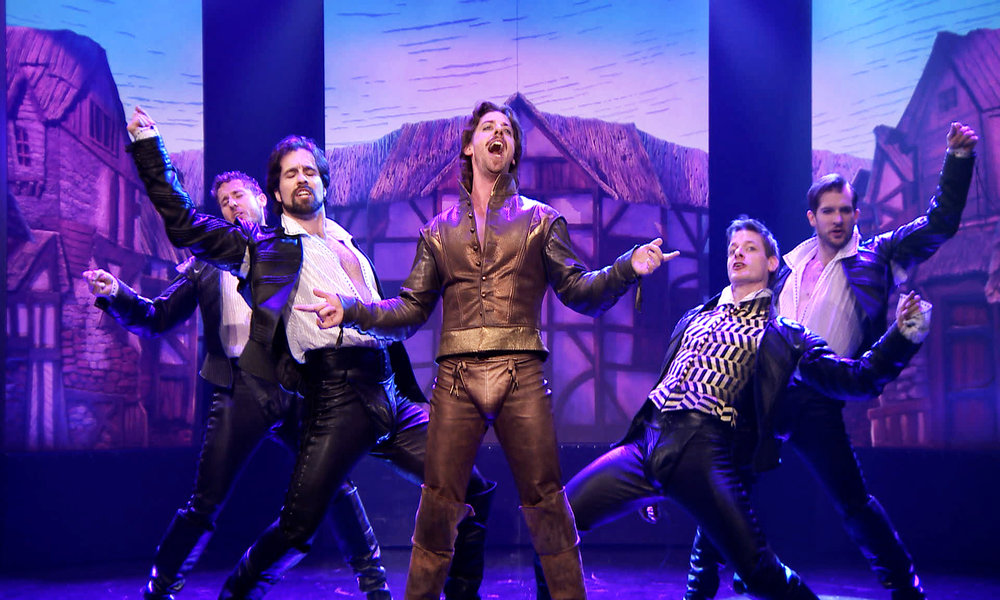 Something Rotten! Something Tony!

Something Rotten! Something Tony! 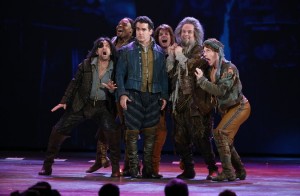 The night before I saw Something Rotten! I saw The Visit and wondered at the state of musical theatre. I am so glad this was the last show I saw in the 2014/2015 season, because it left me with hope. Hands down, this should win the Tony for Best Musical. This show could possibly be like The Producers who gathered Tony’s by the score. Like Aladdin, Brad Oscar has his Genie moment and it takes a good ten minutes for the applause to die down. 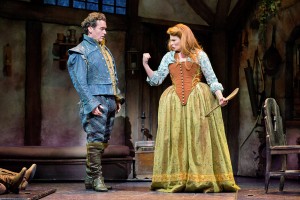 This is the kind of humor that would be in abundance if you could blend Forbidden Broadway, Monty Python and Mel Brooks together. The result is sides that ache from laughter. With a cast who knocks it out of the park, Brian d’Arcy James, John Cariani, Heidi Blickenstaff, Kate Reinders, Peter Bartlett and the triple comedic genius of the utterly sexy Christian Borle, preening around like the cock of the walk, the prolific, demented Brad Oscar and the master of the one look and double-entendres Brooks Ashmanskas are giving performance that you wish that more than one Tony could be given out. 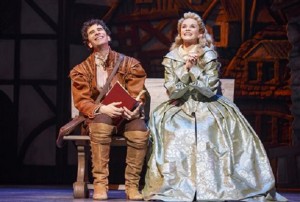 The writers are newcomers to the Broadway scene, enter the brothers Karey and Wayne Kirkpatrick and British humorist and writer John O’Farrell who have tapped into something that satisfies. Wayne Kirkpatrick, penned Eric Clapton’s “Change the World.” For those who love Queen “Hard to Be the Bard” will have you rocking out. 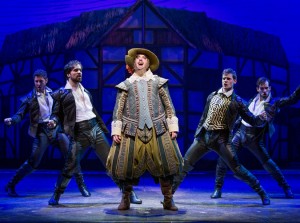 The time is 1595 and brothers Bottom (d’Arcy James and Cariani) are plagued with the fame of Shakespeare’s (Borle). Shakespeare is a rock star and the Bottom’s can’t seem to produce a hit. Nick (d’Arcy James) frustrated seeks out a soothsayer named Nostradamus (Oscar). Nostradamus foresees the musical and tells him that Shakespeare’s biggest hit will be Omelette: The Musical instead of Hamlet. Things get scrambled but everything turns sunny side up.

Something Rotten is simply hilarious with the kind of energy that has been missing. “A Musical,” is sure to have ever fan of the musical in sheer delight as the one-liners come flying at you. I cannot get out of my head the catchy “Will Power.”After “Make an Omlette” my guest and I were craving eggs they were so scrumptiously displayed.

Veteran director/ choreographer Casey Nicholaw has out done himself and Broadway is so much the better for it. Surprisingly, this show has a moral “To thine own self be true” and it must follow, as the night the day, Thou canst not then be false to any man or any play! Something Rotten! is a winner in every way!