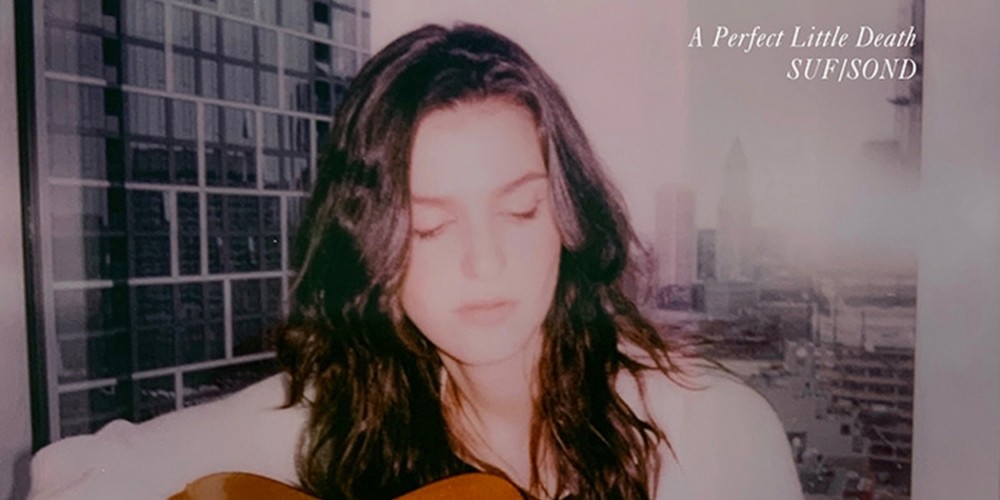 Ghostlight records will release the new album A Perfect Little Death by SUF/SOND – the brainchild of New York singer/songwriter Eleri Ward – in streaming and digital formats on Friday, June 4. SUF/SOND is a whirling combination of Ward’s two deep loves: the expansive one-of-a-kind canon of Stephen Sondheim, and the ethereal, melancholic sounds of Sufjan Stevens. Blossoming from a spontaneous Instagram cover of “Every Day a Little Death” captioned “Sufjan on Sondheim” in 2019, Eleri has now crafted SUF/SOND to be her own niche at the crossroads of musical theater and indie folk music, embodied by swirling harmonies and her original point of view. The album features 13 songs varying from “The Ballad of Sweeney Todd” to “Loving You” to “Take Me to the World,” leading you through an acoustical Sondheim journey the evokes golden hour. A Perfect Little Death is produced by Eleri Ward.

Eleri recorded all of the songs in the closet of her apartment during lockdown, following many requests for a SUF/SOND release after posting a video of “Johanna (Reprise)” on TikTok. With over 42k views, she was immediately inspired to expand and share this project further, and the album was complete within a month. Each arrangement is singular, thoughtful, and weaves in and out of darkness and light.

Kurt Deutsch, the label’s founder, says: “Eleri Ward’s SUF/SOND is simple, haunting, and beautiful. I was deeply moved by the sheer creativity of this project, and how she blends Sondheim with a singer/songwriter aesthetic in a totally modern way. A Perfect Little Death is one of the discoveries of the year and Ghostlight Records is thrilled to release such a distinctive recording.”

Eleri Ward is an New York City-based actor, singer, and musician, who makes pop music of her own, having debuted her first release in May of 2020. She has been singing and acting since she was eight years old, and has always strived to carve out her own space with the uniqueness she brings to the theater. Eleri studied songwriting at Berklee College of Music before transferring and graduating from The Boston Conservatory with a BFA in Musical Theater and an emphasis in Songwriting, which shows itself clearly in the way she has taken on the Sondheim canon. www.eleriward.com @eleriward