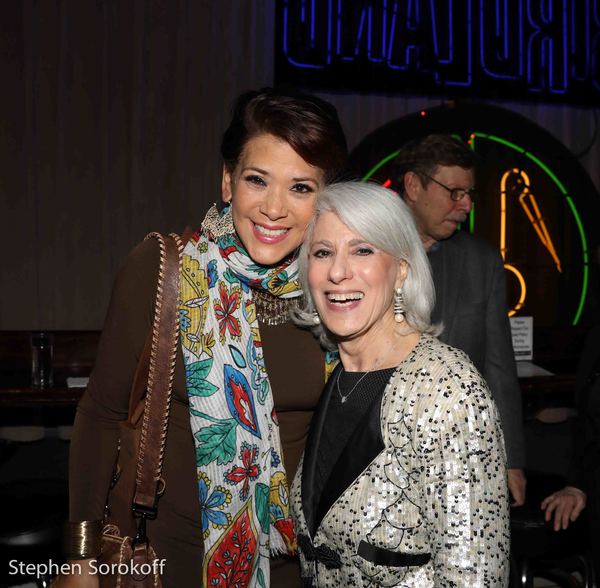 Set your DVRs to catch Songs From Tony Award Winning Musicals: Part Three airing every other Monday. The next show is Memorial Day, Monday, May 31 at 8PM.

Appearing on this episode: Cast members Lauren Worsham and Jeff Kready singing “Inside Out” from A Gentleman’s Guide to Love and Murder which won Best Musical in 2014. Music is by Steven Lutvak and lyric by Robert L. Freedman & Steven Lutvak.

Stephen Carlile, of The Lion King sings “On the Street Where You Live” from the 1957 Tony Award Winning musical My Fair Lady with music by Frederick Loewe and lyric by Alan Jay Lerner.

The Accidentals perform “Seasons of Love” from the 1996 Winner Rent with music and lyric by Jonathan Larson.

The late Doreen Montalvo (1964-2020), original cast member of In the Heights that won Best Musical in 2008, performs “Paciencia y Fe.” Music and lyric are by Lin-Manuel Miranda. His highly anticipated film of In the Heights opens in theaters June 11th.

Tony Nominee Martin Vidnovic sings “I Am What I Am” from La Cage Aux Folles (1984) with music and lyric by Jerry Herman.

Tony Award Winner Stephanie J. Block sings “The Writing’s on the Wall” from The Mystery of Edwin Drood that won Best Musical in 1986 by Rupert Holmes. Stephanie appeared in the revival.

2005 TONY Award Winner Adriane Lenox performs “Keepin Out of Mischief Now” from Ain’t MisBehavin’ which won in 1978. Music and lyric is by Thomas “Fats” Waller and Andy Razaf.

Jamie deRoy & friends is directed by Barry Kleinbort and produced and edited by Russell Bouthiller.

Suzanna BowlingNovember 22, 2022
Read More
Scroll for more
Tap
What to Watch in The New Year: May 26
The Glorious Corner