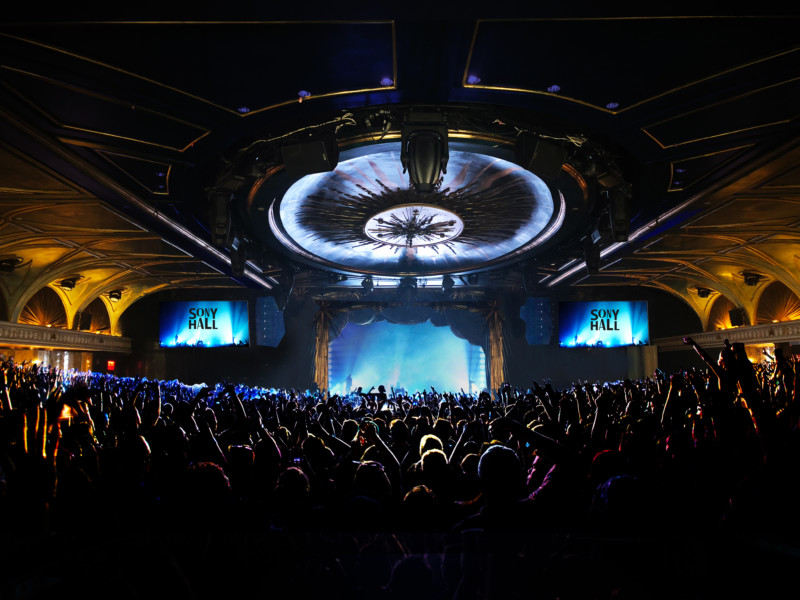 Blue Note Entertainment Group and Sony are opening Sony Hall. This renovated new 12,000 square-foot music venue will be located in at 235 W 46th Street, at the Paramount Hotel. The space previously occupied by the Diamond Horseshoe and opens to the public on March 27 with MGMT.

The venue will accommodate 500 seated and 1,000 standing, and will feature a full-service restaurant and bar. Sony Hall will be outfitted with top-of-the-line Sony technologies, will be integrated throughout.

The synth-pop duo played sold-out shows at Kings Theatre and Brooklyn Steel. The grand opening of Sony Hall will take place on Tuesday, March 27 with headliners MGMT, an open bar and free appetizers. A limited number of free tickets were available, but have already sold out.

The new sponsorship agreement will also make Sony the sponsor of the Blue Note Jazz Festival, hosted each June in New York, in addition to further plans to be announced.