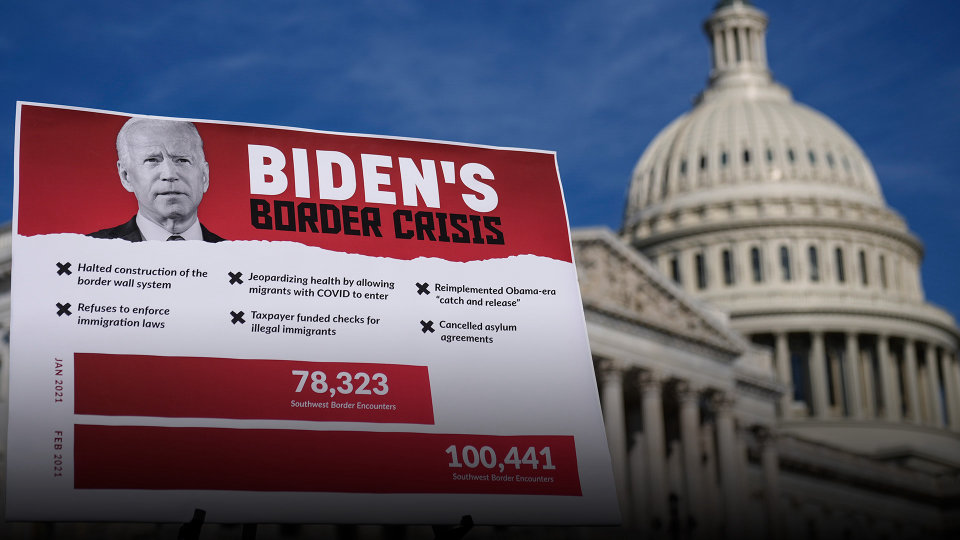 Our rights as American’s are going down hill and if you don’t believe me, this is what sources all over the country are telling me. This information should scare you enough to make your voices heard.

In March of 2021 there have been over 171,000 people trying to cross at the Southern border. From what I understand approximately only 3 people have been sent back. This is an 178% increase compared to February and the highest in 15 years. There have been 19,000 unaccompanied minors and 99,000 single adult males. A lot of the unaccompanied minors are under 12, so the question is how did they get here? Were they kidnapped? Where are their parents? Are they being sold? Why are we not asking these questions?

First, most are not wearing masks. They generally have COVID, but they are not being tested. There have been a significant number of immigrants who have temperatures around 105 who are still being let in and not tested. The families have been put into hotels to quarantine for 10 days, except most leave in two days.

They then head to California where they are given Drivers Licenses and are registered to vote ASAP. No documents, no social security cards…..nothing. When I went to renew my license I had to supply my passport, proof of residence and my social. Now if you are illegal, its a free pass. I guess that’s why Governor Newsom has been spending so much time at the boarder.

Children are being put into schools with teachers, where American children are forced to stay home and go virtually.

They are building cages for kids. They add butterflies to the walls to make them cheery, but if you know anything about mind control you know that butterflies are significant.

Right now the cartels are totally controlling the boarder. People have arm bands to say who has and hasn’t paid to get in. Children are being dropped over the boarder wall, which has been in national news, but what is not being said, is that these kids are dying. The death tolls are being eliminated from the general population. The cartels not Americans are in charge.

Our Senate, Congress and Government are selling us out. I am not sure what the cartels have on them, but it is clear that something has gone terribly wrong.

I decided to research why the Biden administration is putting our country in jeopardy and I found this.

President Joe Biden received individual contribution from executives and leading employees of the border industry. This industry is worth $55.1 billion

13 companies play a pivotal role in the U.S. border industry: CoreCivic, Deloitte, Elbit Systems, GEO Group, General Atomics, General Dynamics, G4S, IBM, Leidos, Lockheed Martin, L3Harris, Northrop Grumman, and Palantir. Some of the firms also provide other services and products to the U.S. government, but border and detention contracts have been a consistently growing part of all of their portfolios. Companies profit from border militarization, prisons, and other human rights violations. The border firms contributed almost $10 million in the 2020 electoral cycle.