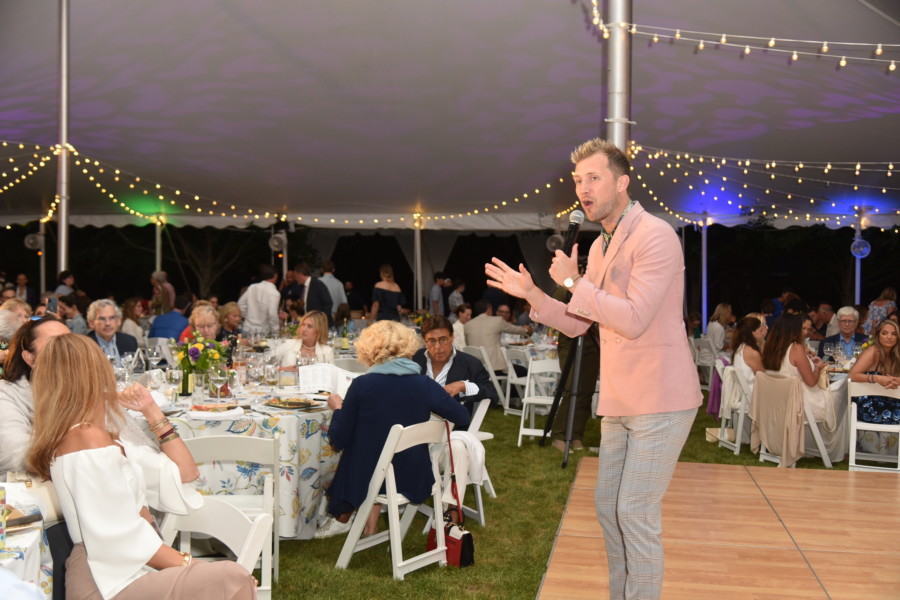 It was a howling good night in the Hamptons this weekend at the South Fork Natural History Museum’s 32nd Annual Summer Gala Benefit.

On Saturday, July 31st, the only state-of-the-art natural history museum on the South Fork of Long Island, celebrated the eco-system and abundant bounty of the region. The Journey Forward: Reconnecting Through Nature fundraiser benefited the center’s educational and environmental programs and Initiatives that empower families to be responsible stewards of our planet.

Over 400 guests attended the incredible night, which was the talk of the Hamptons. Everything from start to finish was a beautiful form of appreciation for the stunning surrounding environment. During the VIP cocktail reception where toasts were made over Dano’s Tequila cocktails and rose wine, guests enjoyed tours of the Museum and Grounds, music by Alfredo Merat, and a special guest appearance by Ambassadors of SOFO’s Native Wildlife from the Evelyn Alexander Wildlife Rescue Center, who treated guests with access to rare hawks and owls.

Here is to a beautiful night in the Hamptons all for an amazing cause.