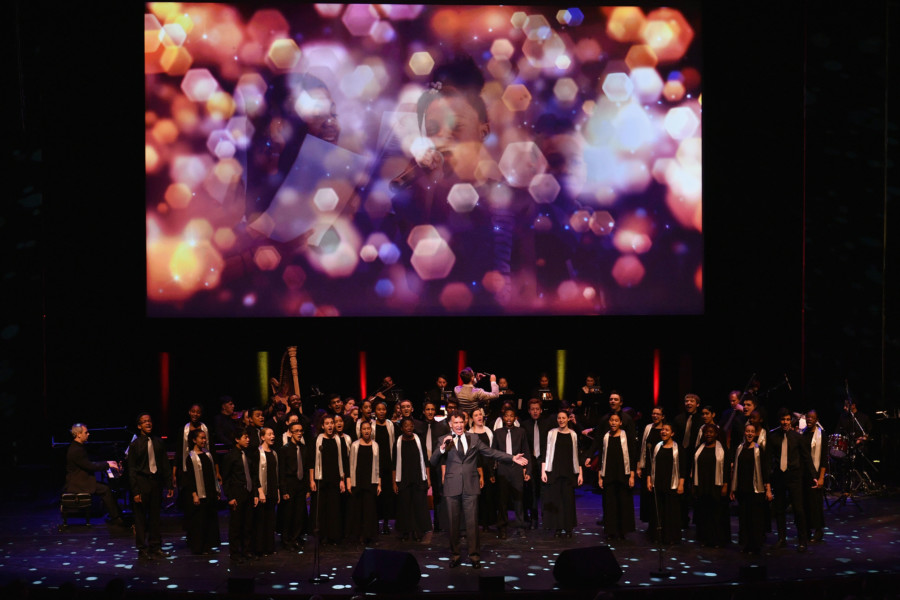 It was a beautiful, sparkling moment this weekend as Lincoln Center for the Performing Arts marked the anniversary of the center’s groundbreaking with the 60th Anniversary Diamond Jubilee Gala.

The fantastic night honored four families who have had a transformative influence on Lincoln Center: the Audrey and Martin Gruss Family, the Rockefeller Family, the Daisy and Paul Soros Family, and the Laurie M. Tisch Family.

As Lincoln Center renews its commitment to supporting a thriving campus for the next generation, funds raised will help benefit the organization’s artistic and educational activities which reach millions every year on campus and beyond.

The evening included performances by world-class artists from many of the disciplines represented on campus and concluded with dessert and dancing. The program celebrated Lincoln Center’s legacy with a video highlighting the artistic excellence of the past six decades.