Special Valentine’s Day Event To Help The York Theater Survive Not Just a Pandemic, but a Flood. 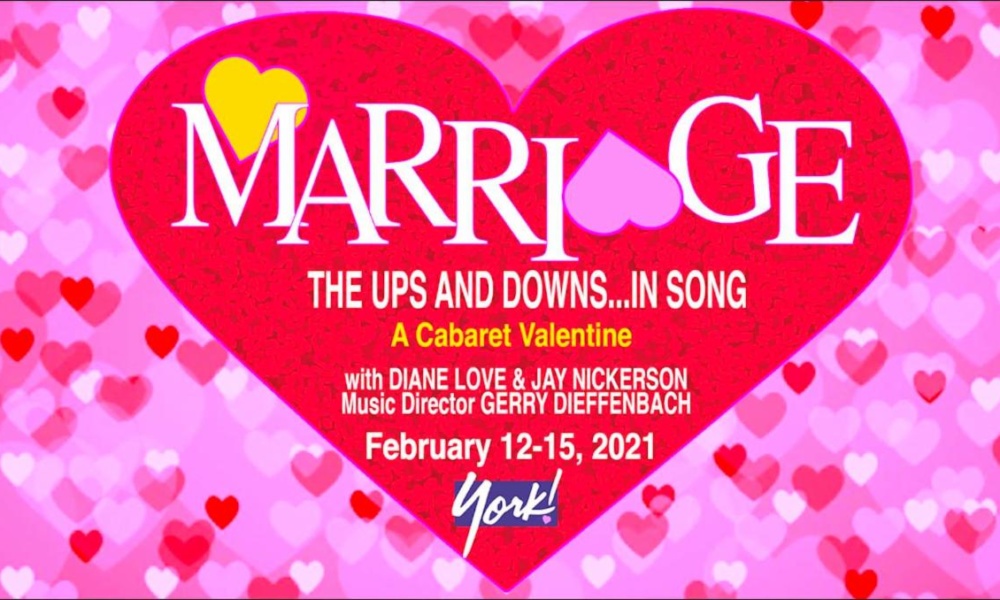 Special Valentine’s Day Event To Help The York Theater Survive Not Just a Pandemic, but a Flood.

We’ve heard about marriage since Adam and Eve, but there’s a connubial conundrum: sometimes it’s bliss and sometimes it’s an abyss. Diane Love and Jay Nickerson examine the vagaries of wedlock through songs from Broadway to Pop. They trade barbs, flirtations, and vows of love, weaving their marital journey into a sophisticated tapestry of song and conversation worthy of Nick and Nora Charles. Who would have thought the story of a couple of a certain age could be so delicious and insightful?

Marriage, The Ups and Downs…in Song, a cabaret Valentine, with Diane Love and Jay Nickerson, will air February 12-15 to help The York Theater to recover from the flood that divested the theatre. The space sustained major damage from a water main break that occurred in January. The extensive damage is due to two feet of water and mud. Various elements including ceilings, walls, carpeting and even the stage sustained major damage. The interior of the theater itself received some damage but the new seating installed a few years back seems to be intact. Crews are working long hours daily to remove and protect damaged items.

They are in the midst of trying to recover archival files, scripts, lighting equipment, costumes, scenery, and 50 years of York Theatre history. Some things will definitely have to be replaced, such as computers, carpeting and some lighting equipment. What is irreplaceable are the papers and artwork which were soaked in the flood. We ask that you keep us in your thoughts.”

The York plans to survive, but needs your help.