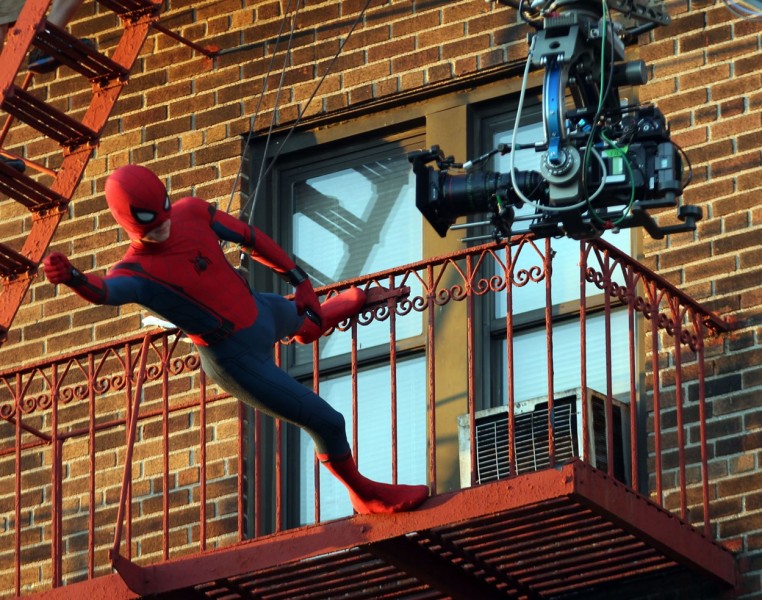 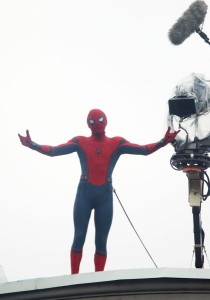 The new Spider-Man flick has been filming in New York. In the film, a young Peter Parker/Spider-Man begins to navigate his newfound identity as the web-slinging superhero. 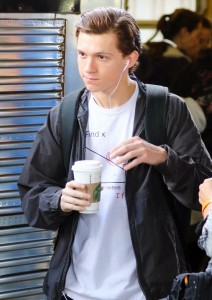 It’s set in a high school, Michael Keaton is playing the film’s villain, Vulture and Robert Downey Jr. has a not-insubstantial role in the film as Tony Stark given that it was Stark who discovered and recruited Peter Parker in the first place during the events of Captain America: Civil War. 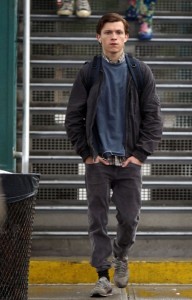 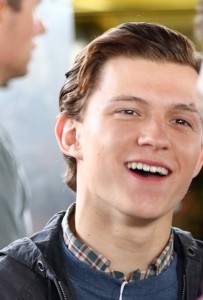 Tom Holland reprises the role of Peter Parker/Spider-Man he first played in Captain America: Civil War, and is joined by Marisa Tomei as Aunt May, Robert Downey Jr. as Tony Stark/Iron Man, Jon Favreau as Happy Hogan,, Michael Keaton as the Vulture, Logan Marshall-Green as a secondary villain, Kenneth Choi as Peter’s high school Principal, and Zendaya as a character by the name of Michelle (rumored to be Mary Jane Watson). 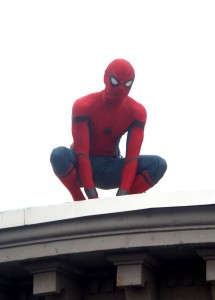