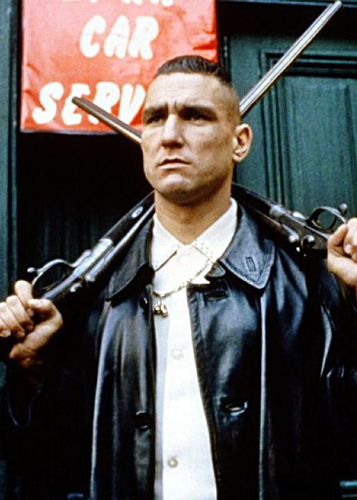 Sports Stars That Have Gone Into Acting

Sports Stars That Have Gone Into Acting

There are absolutely hundreds of sports stars that have played themselves in movies or at least played roles that are very close to their sporting persona. However, there are a number of well-known actors that started off as an athlete and went on to make a successful career in acting.

Let’s look at some of these stars that you may or may not have realized started off in the world of sport.

Arnold Schwarzenegger – Arnie of Terminator fame and many other popular films, started out as a professional bodybuilder. One of his most unusual roles to date was probably his appearance in Kindergarten Cop, where he ended up being a kindergarten teacher through an unforeseen set of events.

Chuck Norris – What a legend this man is. From US Air Force, to martial artist, onto world famous actor. He certainly doesn’t live a quiet life! His martial arts skills paved the way for him to star in a number of popular films.

Dwayne Johnson – Some people will ask ‘who is Dwayne Johnson?’ only to soon realize that he’s one of the most recognizable actors to date. More commonly known in the TV world as “The Rock,” Dwayne played football before he moved into wrestling where he built a name for himself. The Rock still makes appearances in WWF/WWE but has gone on to star in a number of hit movies as well. Most famously, he played a main role in the Fast and the Furious series.

Terry Crews – Former American football player, Terry Crews has managed to build another successful acting career. Best known for his infamous role and scene in White Chicks, he is seen singing along to Vanessa Carlton’s “A Thousand Miles.” He is now a fan favorite in the TV comedy, Brooklyn 99.

Bubba Smith – Giant footballer Bubba Smith became a comedy star through his role in the spoof film series Police Academy. His character played the notoriously tall and strong Sgt. Hightower in Police Academy 1 through to 6. He went on to appear in a number of other films over the years before passing away in 2011.

Jim Brown – This footballer was a real star of the game and won the NFL MVP an impressive 4 times. He went on to appear in a huge number of films including LA Heat, Mars Attacks and Animal to name a few.

These are just a few of the biggest stars that have traded in their sports kits to become actors. While some sports stars really don’t have the skills to make it in the acting world, as you can see these guys have done fairly well. No one could have predicted that Welsh soccer hard man Vinnie Jones could go on to command some pretty big acting roles, not even the Premier League betting companies. Credit goes to them all, as there aren’t a lot of options for sports stars once they retire from their sport. These guys have seriously succeeded in life with their successful acting roles and contributions to the arts.